10 Artists Inducted Twice into the Rock & Roll Hall of Fame 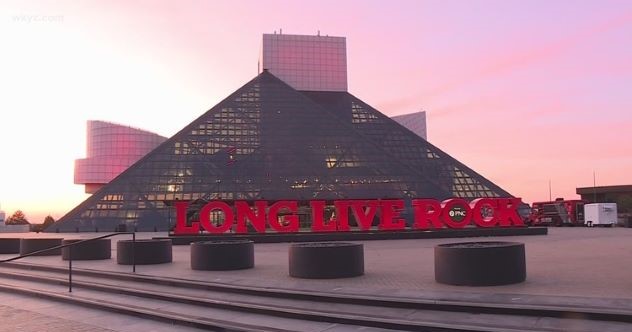 The Rock and Roll Hall of Fame induction ceremony has become one of the most anticipated events in the music industry. The annual awards ceremony inducts new members into the esteemed Rock Hall while also honoring past artists who have made a significant impact on rock music and other related musical genres, such as pop and rhythm and blues.

Artists are eligible to be inducted 25 years after their first recording. Some of them were inducted for their work with one specific band, while others were selected based on their overall career as a musician. While countless musicians have been inducted into the Rock and Roll Hall of Fame once, there are also a select few artists who have made the cut more than once. Here are ten such artists who have been enshrined in the Rock and Roll Hall of Fame on multiple occasions—first, as members of a band/musical group or duo before induction as solo artists.

As one of the rare Rock and Roll Hall of Fame members to have been inducted as a recording artist who did not sing, guitarist extraordinaire Jeff Beck was first inducted into the Rock and Hall of Fame in 1992 as a member of The Yardbirds. Beck succeeded another renowned guitarist/future recording artist, Eric Clapton, and the Yardbirds proceeded to record several well-known tracks that would become hits, including “Shapes of Things” and “Heart Full of Soul.”

By the 1970s, Beck had formed a jazz/rock fusion—largely instrumental—band that would later catapult him into the Rock and Roll HOF as a second-time inductee in 2009, this time as a solo artist. While most recall Beck’s solo career for the track “People Get Ready” with Rod Stewart, Beck also received a total of eight Grammy Awards from 1985 to 2010—eight of them for Best Rock Instrumental Performance.[1]

As a solo artist, Reed’s tracks “Walk on The Wild Side,” “Sweet Jane,” “No Money Down,” and “Dirty Blvd” were—and still are in many cases—heavily played on mainstream rock and classic rock radio stations. Reed was inducted into the Rock and Roll Hall of Fame as a solo artist two years after his death in 2013 and is often referred to as the Godfather of Punk Rock.[2]

Paul Simon was first inducted into the Rock and Roll Hall of Fame in 1990 as one-half of the Simon and Garfunkel duo with Art Garfunkel. Before breaking up, this folk-rock duo had earned four Grammy awards, producing several memorable hit singles, including “Mrs. Robinson,” “Sound of Silence,” “Cecilia,” and “My Little Town.” Simon then pursued a solo career as Garfunkel pursued an acting career and a solo recording career of his own..

Simon’s ensuing solo career proved to be far more commercially successful than Garfunkel’s, as Simon recorded several hit singles, including “50 Ways to Leave Your Lover,” “Mother and Child Reunion,” “Late in The Evening,” and “You Can Call Me Al.” From 1968 (Record of the Year: Mrs. Robinson) to 1987 (Record of the Year: Graceland), Simon earned ten Grammy Awards. Simon’s accomplishments once again earned him induction into the Rock and Roll HOF in 2001 as a solo artist[3]

As one of the most influential and recognizable pop/rock figures, Paul McCartney was first inducted into the Rock and Roll Hall of Fame in 1988—along with his three bandmates—as a member of The Beatles. Among McCartney’s accomplishments as a member of the Fab Four are the composition of 71 Beatles tracks, including the following hit singles: “Can’t Buy Me Love,” “Eight Days A Week,” “Lady Madonna,” “Let It Be,” and “The Long and Winding Road.”

After enjoying the most successful solo career of all the former members of The Beatles, McCartney became the second member of The Beatles to earn Rock and Roll Hall of Fame induction as a solo artist in 1999. For all practical purposes, McCartney’s accomplishments as a solo artist include his time as the front man for Wings. During his Wings’ tenure, six McCartney and Wings singles reached the top of Billboard’s Hot 100 charts, including “My Love,” “Silly Love Songs,” and “Band on the Run.” The remaining two McCartney singles to hit #1 were duets with Stevie Wonder (“Ebony and Ivory”) and Michael Jackson (“Say Say Say”).[4]

Buoyed by four consecutive number one singles to debut a career: “I Want You Back,” “ABC,” “The Love You Save,” and “I’ll Be There”—becoming the first pop group to do so—the late Michael Jackson was inducted into the Rock and Roll Hall of Fame in 1997 as a member of The Jackson 5, along with siblings Jackie, Jermaine, Marlon, Tito, and Randy.

Of Michael Jackson’s many musical achievements, his late 1982 album Thriller is what he is most remembered for. Said Album earned a total of eight Grammy Awards, produced seven Top Ten hits –including the title track, “Billie Jean,” and “Beat It”—and sat atop the Billboard album chart for thirty-seven weeks. By the time the proverbial dust had settled, Jackson had achieved 13 #1 singles and 17 additional Top 10 singles on his way to Rock and Roll Hall of Fame induction as a solo artist in 2001.[5]

As a member of the Fab Four, the late John Lennon penned a total of 73 tracks—two more than Paul McCartney. This included several which featured him singing lead vocals: “A Hard Day’s Night,” “Ticket to Ride,” “Come Together,” and “Revolution.” Lennon was, of course, inducted into the Rock and Roll Hall of Fame along with Paul McCartney, George Harrison, and Ringo Starr as a member of The Beatles in 1988.

However, John Lennon became the first member of The Beatles to be inducted into the HOF as a solo artist. While Lennon never achieved the overall solo success as Paul McCartney due to his unfortunate death in 1980, we can only ask, “What if?” Lennon was very successful in a relatively short period of time. To his credit, John has earned seven Top Ten albums, including three number one albums: Imagine, Double Fantasy, and Walls and Bridges. Lennon was also no slouch as a singles artist, sporting eight Billboard Top Ten singles, including two chart-toppers: “Whatever Gets You Thru the Night” and “(Just Like) Starting Over.”[6]

Prior to embarking upon a solo career, Curtis Mayfield was a member of The Impressions, a successful and influential Chicago-based soul/R&B group. The Impressions were relatively successful with the pop music audience, with 13 Top 40 hits, including “It’s All Right” (which peaked at #4) and “People Get Ready” (later covered by Jeff Beck with Rod Stewart). However, the band enjoyed greater success as a Billboard R&B singles chart act with a total of 17 Top Ten R&B singles from 1958 to 1975, including #1 hits (the aforementioned) “It’s All Right,” “We’re a Winner,” and “Finally Got Myself Together (I’m A Changed Man).” Mayfield was inducted with the group into the Rock and Roll Hall of Fame in 1991, with Tracy Chapman performing the induction.

After leaving The Impressions in 1970 to pursue a solo career, Mayfield produced several charted R&B singles from 1971 to 1982 but is best known for two Billboard Top Ten Pop hits, “Superfly” and “Freddie’s Dead” (the theme from Superfly). In 1990, Mayfield was paralyzed in an accident while performing on stage and sadly, passed away in 1999—the same year he was inducted into the Rock and Roll HOF.[7]

Inducted into the Rock and Roll Hall of Fame in ’88 with the other members of The Beatles, George Harrison is easily recognizable as the lead vocalist on The Beatles’ hits: “Something,” “While My Guitar Gently Weeps,” “Taxman,” and “Here Comes the Sun.” He was also widely acclaimed as the band’s lead guitarist.

Harrison’s solo career began with a bang, with several top-selling albums and singles from 1970 to 1981, with “My Sweet Lord” as arguably his most recognizable hit. Following a sustained period of little to no music chart action, Harrison’s 1987 Cloud Nine album, which spawned several pop/rock radio hits, provided a return to chart prominence for him. That album, coupled with his contributions to the supergroup The Traveling Wilburys, helped push him across the finish line into Rock and Roll Hall of Fame induction as a solo artist in 2004, three years after his untimely death.[8]

Though the band would not achieve commercial stardom until years after his departure, Peter Gabriel was one of the founding members and lead vocalist of the progressive rock band Genesis for many years. And Gabriel was inducted into the Rock and Roll Hall of Fame as a band member in 2010. Nevertheless, the band’s classic track “Lamb Lies Down on Broadway” is perhaps the best known of the Gabriel/Genesis era songs.

On the strength of well-known rock radio hits, “Solsbury Hill,” “Biko,” “Games Without Frontiers,” and “Shock the Monkey,” Gabriel established a presence as a solo artist. His 1986 album So and 1992’s Us spawned several pop and rock radio hits, including “Sledgehammer,” “Big Time,” “In Your Eyes,” and “Steam.” In 2014, Gabriel was inducted into the Rock and Roll Hall of Fame as a solo artist.[9]