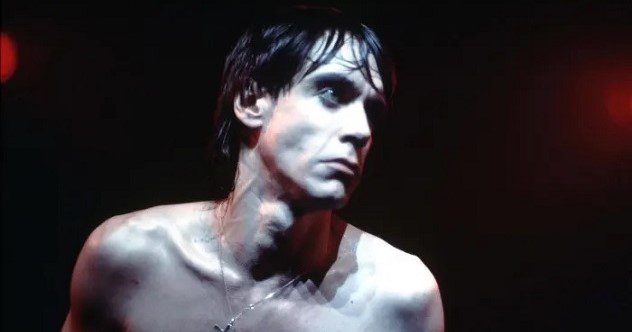 Tens of thousands of bands have taken up the moniker of “punk.” From Sting to Avril Lavigne, thousands of artists have taken up the legacy of “punk.” But not all of them fit the bill. While punk as an idea is rooted in fighting back against toxic societal norms, not every single artist is willing to do so. But others are, and this is reflected by the ten incredible, iconic, and influential bands on this list. Let’s take a look at some incredible punk rock.

Related: 10 Rocking Facts About Bands From The Golden Age Of Music

Black Flag was one of the first, biggest, and best hardcore punk bands in the United States. For decades since their formation in 1976, they’ve been a punk rock institution, creating countless songs that are perfect for moshing, partying, or blaring out your car speakers after a particularly awful day at work. They were the blueprint for DIY punk bands all across the States, building their own record label out of nothing and touring the country while sleeping, eating, and living in a single van.

It’s because of these brutal tours that we have many of the grunge bands from the ’90s, as Black Flag inspired thousands to make their own band when they went to places that most artists would never even dream of. They took on the world, demonstrated by their all-time classic album Damaged, which was nearly not printed because it was too “anti-parent.”. Black Flag was self-made, self-distributed, and self-evident; they left a footprint on rock ‘n’ roll that’s still visible to this day, and nothing’s more punk than leaving your mark.[1]

The Stooges are one of the bands that created a movement through sheer force of will. After forming in 1967, their unique and powerful blend of speed, noise, and personality laid the ground for all the punk rock that was to come. Only lasting about seven years, The Stooges were plagued with substance issues, inter-band squabbles, and all the rest; however, they made their mark in a way most bands can only dream of.

Not only was their music fast-paced and raw in the way of punk albums coming after, but Iggy Pop’s relentless on-stage confrontation laid the groundwork for punk singers to do the same for years to come. While they may not be “punk” in the traditional sense (finishing their troubled initial run 3 years before the Sex Pistols), they were punk in attitude and in effect. They didn’t see much initial success in the seventies, but they did start a punk tradition of being the band that made everyone listening want to start one too.[2]

Crass is one of the lesser-known entries on this list, but they are no less deserving. They got their start in England in 1977, and from the get-go, Crass was different from most other bands. For one, they were formed in an anarchist commune by a few residents living there. Their commitment to their anarchist values was strong, and throughout their career, they constantly organized political actions and protests and rallied citizens for causes such as environmentalism.

While they were a heavily politicized band, they delivered on the music front as well. Crass self-released classic songs such as “Banned from the Roxy,” which was recorded after the band got kicked out of the famous Roxy music club in London for being too rowdy. Crass stuck to their ideals relentlessly for years despite the UK government trying to take them down. Sounds pretty punk to me.[3]

The Butthole Surfers’ ethos can be assumed just by looking at their name. They were irreverent, weird, loud, and just a little bit immature. All these things are true, as well as the fact that the Butthole Surfers (whose name was decided upon after an announcement forgot what the band was called) made some of the weirdest, most challenging music ever. They self-recorded and released many classic punk tracks during the ’80s and are still alive today.

Their shows were notable for their relentless and gross onstage antics, the often horrifying imagery that was played on a projector behind them, and the music itself, a combination of punk insanity and the experimental weirdness of Musique Concrete. They were notable for never being able to keep a bassist for long because of the brutality of their off-stage lifestyle and also for their relentless commitment to doing whatever they wanted to do. At the end of the day, the Butthole Surfers were punk distilled to its purest form—raw chaos in the form of a singer, guitar, bass, and drums.[4]

Minor Threat was a hardcore punk band formed in D.C by a few 17-year-olds guys in 1980. However, just because they were young doesn’t mean they didn’t have a major impact on music as a whole. Their blend of lightning-fast guitar work and pissed-off-at-everything vocals set the stage for hardcore punk, and their influence doesn’t stop there.

They started the infamous and divisive “straight edge” movement, and they set the example for ’80s indie bands that you could self-distribute your own music. Because no major label would take them, lead singer Ian Mackaye phoned up a record plant and hand-packaged the first Minor Threat EP himself. Minor Threat taught millions that all you needed was a few instruments and a lot of anger to get your voice heard, and what’s more punk than that.[5]

Sonic Youth is about as cool as bands get. They got their start in the dark and gritty New York “No Wave” scene and only ascended from there. Known for their oddly tuned guitars, poetic lyricism, and beautiful soundscapes, Sonic Youth seems the opposite of what most people would consider to be punk. The truth is quite the opposite of this, however.

Sonic Youth embodies punk to its core; artistic expression, not compromising yourself for other people, and finding new ways to do things that no one thought possible. Sonic Youth was artsy, yes, but they showed the wider rock scene and the world what was possible with the music they were making. Without them, the world would be much less interesting and diverse, which is punk to a T.[6]

Bad Brains was a supremely interesting punk band that formed in D.C. in 1976. They stood out for several reasons, one being that they were an all-black band in a majority-white late-1970s D.C. music scene. Another was their insistence on including reggae in their music, which persisted until their eventual demise. Another was their lightning-quick insane playing.

Bad Brains might have the claim to be America’s first hardcore band, as they had challenged themselves to get through their songs as fast as humanly possible. No matter what, Bad Brains was an iconic and incredible punk band, and their contribution to hardcore punk is innumerable. From the aforementioned Minor Threat to the Beastie Boys, tons of bands trace their lineage back to Bad Brains. They were true originals, creating their own style out of many little pieces and managing to make it great.[7]

The Minutemen always did things on their own terms. Whether that was the way they organized their band, the way they executed their tours, or the way they played their songs, the San Pedro band took what “being a band” meant completely into their own hands. From their genesis in 1980 by two best friends who just wanted to be heard to their untimely demise (along with guitarist D Boon, the Minutemen did what they wanted to do.

Creating hundreds of short, smart, considered punk songs over the years, they amassed a truly impressive body of work during their all too short time as a band. They represented the idea that two normal guys with some ideas could pick up some instruments and inspire people. They never had any illusions of becoming rock stars; they just wanted to play, and play they did. The Minutemen’s musical abilities still touch and inspire as much as they did 40 years ago.[8]

The Dead Kennedys were another California punk band that changed America. Led by their eccentric and instantly recognizable vocalist Jello Biafra, the Dead Kennedys are perhaps the most popular hardcore punk band. Their distinctive logo graces many a T-shirt around the world, and it’s not hard to see why that would be the case. The Dead Kennedys took on the world and sounded great while doing it.

Whether they were getting sued for the content of their songs or outputting anti-government messaging, they made themselves known all around the country. Their sound was also iconic, blending almost Beach Boys-esque surf rock with the blistering hardcore punk of Black Flag. All this means that the Dead Kennedys were a singular band, iconic in every way. They perfected the punk rock art of standing out from the crowd and looking good while doing so.[9]

Fugazi is widely revered by pretty much anyone who cares about punk. It’s not hard to see why. They were formed by underground punk legend Ian Mackaye (of Minor Threat fame), and they played some of the most groundbreaking and best punk rock of all time. Their biggest claim to fame, though, might be how they stuck to their ideals. Fugazi never let go of their ethics amid major label deals, overzealous fans, and near worship by everyone who was in the know.

But despite it all, they stayed down to earth and chose money over art. They stuck to their guns so hard that Fugazi is surrounded by myths, such as the one that claimed they lived together in a house without heat and ate nothing but rice. While this isn’t true, Fugazi is the type of band that collects these kinds of rumors like darts on a dartboard. Fugazi might as well be the definitive punk band, and it’s obvious why. Throughout the years, they still refuse to compromise.[10]