The food we consume every day is an essential fuel source for our bodies. Carbohydrates provide energy and protect the body from certain diseases, proteins help stabilize blood sugar and curb hunger, and fruits and vegetables provide a variety of vitamins such as vitamins A, C, and potassium.

Aside from the nutritional benefits, food also seems to bring family and friends together, be it sitting around the dining room table together for dinner, celebrating holidays, or enjoying one of life’s milestone moments with those closest to you.

From breakfast foods to lunch and dinner choices, as well as sweet treats, this list contains 10 bizarre and tragic food-related deaths. 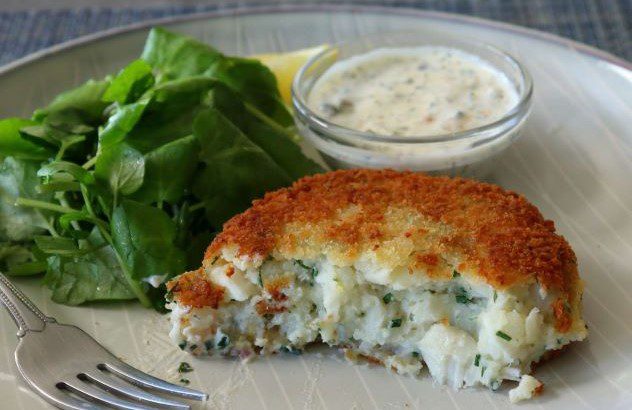 Fifty-one-year-old Darren Hickey, a wedding planner and venue owner in Lancashire, England, was described by his partner, Neil Parkinson, as “larger-than-life.” Unfortunately, working so hard to make his client’s wedding day perfect ultimately cost him his life.

On April 4, 2019, Hickey was asked by one of his chefs to try a freshly cooked fish cake. However, eating the hot fish cake caused severe pain and burning in Hickey’s throat, which led him to seek treatment at a local urgent care center. There, Hickey was given acetaminophen for the pain, and he went home to rest.

Later that evening, Parkinson heard Hickey “making noises” and found him upstairs coughing and choking. Hickey was transported to a local hospital but later pronounced dead.

An autopsy revealed that the hot fish cake led to burns that were so far down in Hickey’s throat they could not have been seen without special equipment. Additionally, the swelling of his airways ultimately made it impossible for Hickey to breathe or swallow, resulting in asphyxiation.[1]

An unnamed 54-year-old man from Massachusetts had a physically demanding job in construction, walked his dog regularly, and had no medical history of heart problems. While he may have appeared “healthy” from the outside, his poor diet and love of licorice would ultimately cost him his life.

The man regularly consumed red licorice but later substituted his sweet craving for black licorice, consuming as many as two large bags every day for the duration of three weeks. Unfortunately, in January 2019, while he was at a McDonald’s, he began experiencing “full body shakes” before losing consciousness.

First responders were called to the scene, and they performed CPR before transporting the man to a local hospital. Upon arrival, he was placed on a ventilator and admitted to the cardiac ICU. However, he died shortly after that.

Glycyrrhizic acid, the sweetening compound made from licorice root, can cause decreased potassium levels, as well as high blood pressure, swelling, and heart failure. In this case, these side effects contributed to the man’s death. His consumption of such large amounts of black licorice caused a drop in his potassium levels which then led to cardiac arrest.[2] 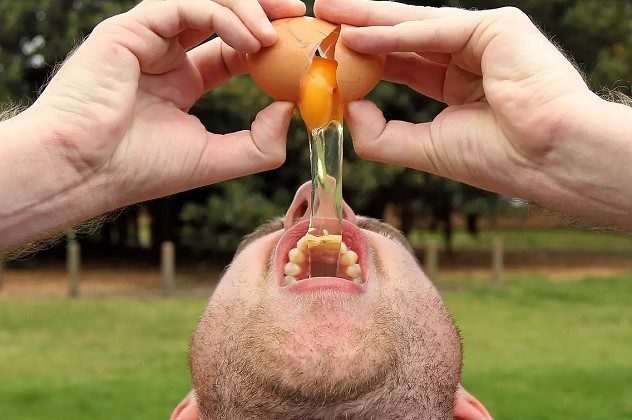 On November 4, 2019, 42-year-old Subhash Yadav and a friend from Uttar Pradesh’s Jaunpur district went to the Bibiganj market area to eat eggs. However, an argument broke out between the friends, and rather than simply sharing a meal together, they decided to settle their disagreement with an egg-eating contest instead.

The first person to eat 50 raw eggs would get $24.50 (2,000 Rupees). Yadav accepted the challenge and had successfully eaten 41 eggs, but as he attempted to eat the 42nd egg, he collapsed and became unconscious.

Yadav was transported to a local hospital but died just a few hours later due to complications from his overeating.[3] 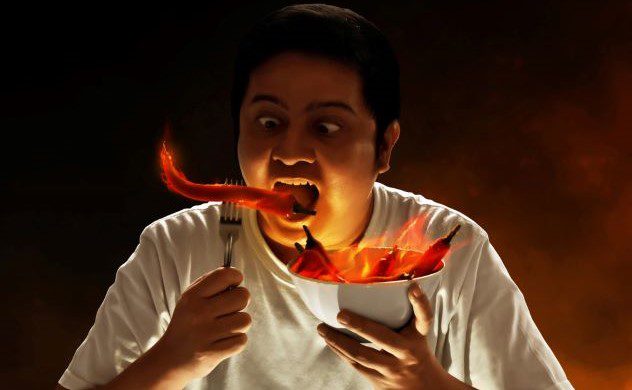 Thirty-three-year-old Andrew Lee of Eddington, West Yorkshire, was a forklift truck driver by trade. However, his real passion was cooking, and he hoped to be a chef one day.

On September 19, 2008, Lee and his girlfriend’s brother, Michael, decided to have a friendly competition to see who could not only create but also eat the hottest chili sauce. Everything had been carefully planned, and Lee’s father had even helped grow the red chilis he would use in his sauce.

When Lee returned home from work, he ate lamb chops and potato mash before then proceeding to eat his plateful of hot chilis along with Dolmio pasta sauce. While it might seem that Lee had emerged victorious after consuming an entire plateful of his spicy concoction and won the bet, tragedy soon followed.

When Lee got ready for bed, he began complaining of discomfort and itching all over his body. Lee then asked his girlfriend, Samantha Bailey, to scratch his back until he fell asleep. Unfortunately, Lee suffered a heart attack in his sleep, and when his girlfriend found him the next morning, he was dead.[4] 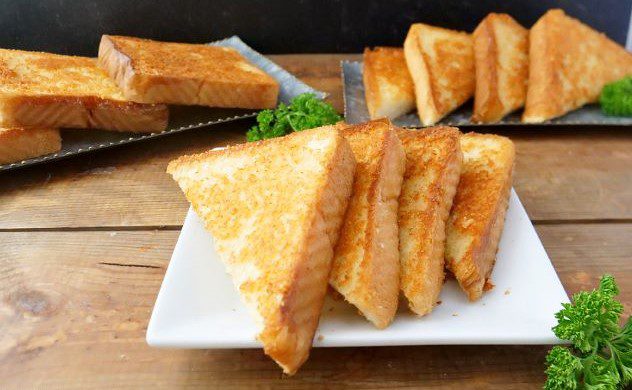 After swallowing a sharp piece of toast, 75-year-old Vera Williams of Llys Tudur, Rhyl, sought medical treatment on October 10, 2014, for the pain in her throat. However, the doctor who assessed her felt that she wasn’t “unwell” and simply sent her home.

When the pain in her neck persisted, Williams returned to the hospital on October 23. However, Williams did not elaborate on the pain, nor did she inform the doctor that her pain had been persistent over the course of two weeks. In light of this, it was assumed Williams might have been suffering from an infection and was sent home with antibiotics.

By the next day, Williams began coughing up blood and was transported to the hospital by ambulance. It was then that a scan revealed the sharp piece of toast had torn her esophagus in a “three in a million” freak accident, and the tear had caused blood to enter her intestines.

Doctors decided not to operate due to Williams’s severe heart disease; sadly, she died a few days later.[5] 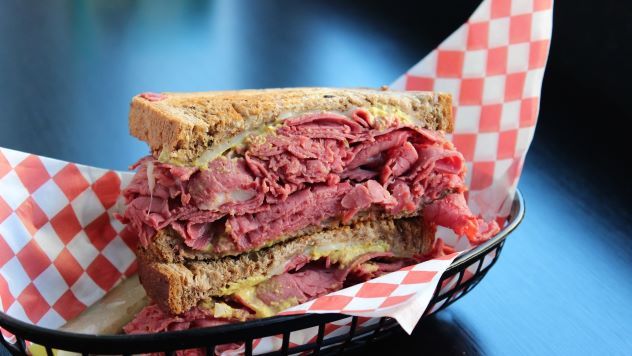 Forty-three-year-old Mitchell Carey of Gun Road, Knebworth, hadn’t eaten any breakfast on the morning of August 16, 2010. So he decided to purchase a corned beef sandwich from a local cafe for lunch. However, Carey collapsed at work only 25 minutes after eating his lunch.

Carey was taken to the hospital but was discharged the same day and sent home with medication to treat the stomach cramps and diarrhea he was experiencing.

The following day, the stomach cramps persisted, and Carey also began experiencing severe vomiting before collapsing a second time at home. Carey was transported to the hospital but had suffered a heart attack and organ failure. He died two days later.
His death was the tragic result of food poisoning after contracting the rare bacterium Clostridium perfringens Type A from the corned beef. This bacterium is so rare, in fact, that it has only ever been previously recorded seven times in the world.[6] 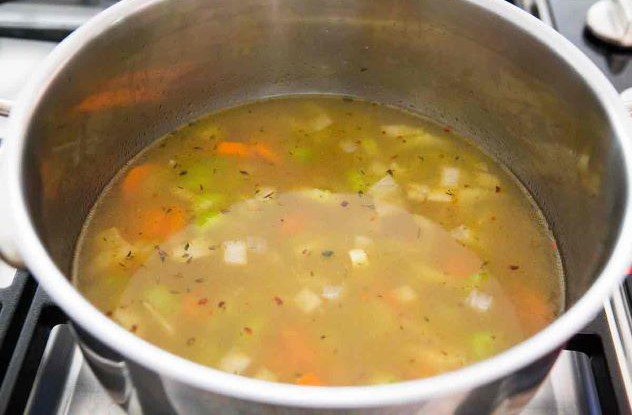 Twenty-five-year-old Issa Ismail of Iraq was a well-trained cook, having worked for eight years in total and having spent the last two years preparing meals in party halls that accommodated 25,000 diners per day.

On June 15, 2021, Ismail was preparing a large vat of chicken soup for a wedding dinner. However, Ismail tragically slipped and fell into the vat of soup.

Ismail was transported to a local hospital for treatment, having suffered third-degree burns on over 70% of his body. Still, unfortunately, he died five days later as a result of his injuries.[7] 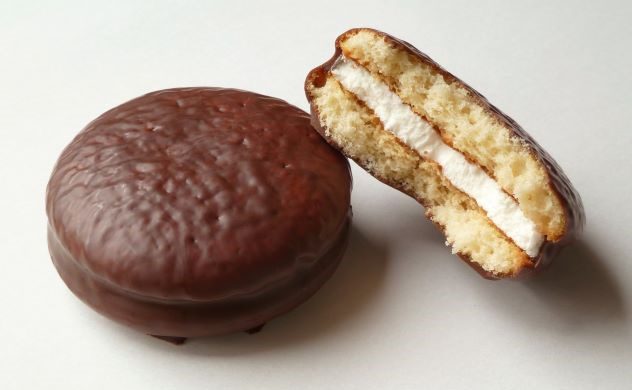 Twenty-three-year-old Alexandra Yudina of Moscow had graduated college and earned her degree as a paramedic doctor. Unfortunately, her accomplishment was overshadowed when she revealed to her friends that she had been diagnosed with leukemia. However, Yudina decided that rather than dwell on her diagnosis, she was going to take advantage of every opportunity to “have fun.”

In February 2020, Yudina and a group of friends spent an evening “dancing, drinking, and joking” at the Killfish Bar. On this particular night, an eating contest was also being held in which contestants were given three choco pies—a chocolate cake with marshmallow filling—to eat.

Yudina hadn’t originally planned to participate in the contest but later changed her mind. Yudina ate the first cake successfully but then attempted to eat two cakes at once, causing her to choke.

Yudina then attempted to head to the restroom but collapsed on the way there. With the cake still in her mouth, she began gasping for air. While friends and staff from the bar attempted to clear the blockage in Yudina’s airway, they were unable to. First responders were also dispatched to the scene, but sadly, they, too, were unable to save Yudina.[8] 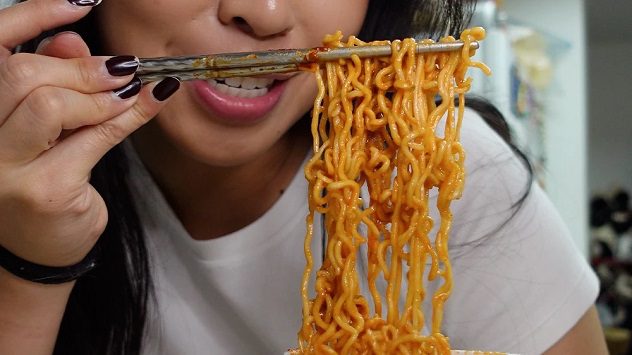 Twenty-seven-year-old Rekha Nishad of Mumbai, India, was experiencing a rat problem within her home, and she decided the best way to combat the rodent issue was to lace her tomatoes with rat poison.

On July 22, 2022, Nishad decided to make herself some instant noodles to eat. However, as she was watching television while preparing her meal, she accidentally added one of the poison-laced tomatoes to her noodles.

After eating the noodles, Nishad began vomiting and was taken to a local hospital. Unfortunately, she died on July 22, 2022, while undergoing treatment.[9] 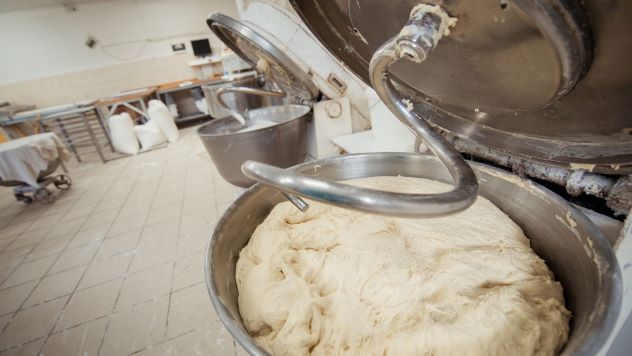 Twenty-six-year-old Elmer Oscar Barrera of Houston, Texas, was an employee of the Wonton Food Company, which produces noodles, wonton wrappers, and fortune cookies.

Barrera’s death was deemed an accident due to the multiple blunt trauma injuries sustained from the mixer.[10]

10 Shows That Were Canceled After One Episode