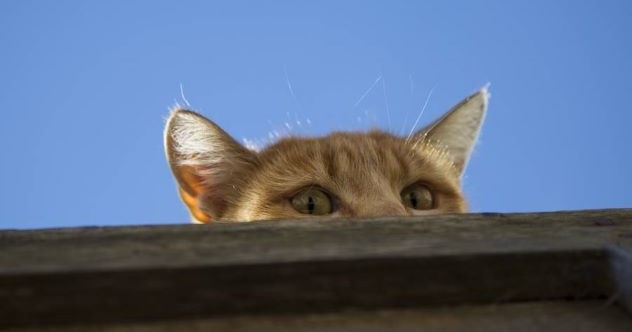 In 1901, Teddy Roosevelt famously said, “Speak softly and carry a big stick.” Little did he know that stick would one day come in the form of chemical injections, psychic attacks, and household pets.

A brief read of military history shows Roosevelt’s Big Stick Diplomacy at work. While world leaders typically lead with discussion, it helps to have an iron-clad arsenal in one’s back pocket. Eras like World War II and the Cold War brought boosts of creativity to the military-industrial complex.

In an effort to stay on the cutting edge of combat technology, the military brass has rolled the dice on some questionable tactics in the era of modern combat. Unsurprisingly, the biggest brains and biggest war chests on Earth couldn’t save these ten doomed experiments from the chopping block.

No, this wasn’t an attempt to get enemy soldiers hooked on unfiltered cigarettes. In 1856, Secretary of War Jefferson Davis imported dozens of camels from Africa and Turkey. He called them “ships of the desert,” believing that camels would be superior to horses and mules in the harsh, arid terrain.

There were even some successful test runs to support Davis’s claim. In 1855, Congress passed the Shield Amendment. This allocated $30,000 (over $1 million today) for the purchase of camels. Months were spent training civilians and soldiers on the animals.

By 1857, the Camel Corps consisted of 70 animals. By 1861, the American Civil War was taking hold of Congress’s attention, and the great camel experiment was left abandoned. By 1864, the remaining camels were sold at a public auction for $1,945.[1]

Never in history has the threat of nuclear war felt more real than during the Cold War. The United States and the Soviet Union spent years examining any nook or cranny that would give them the edge over the other superpower. In 1958, The U.S. Army devised a plan to store hundreds of ballistic missiles under ice caps in Greenland.

These missiles were to be aimed at the U.S.S.R. in case of a nuclear attack by the Soviets. Lest you think this was just tacked to a drawing board, the Army constructed a prototype ice base named “Camp Century.” This was an intricate, nuclear-powered system of icy underground tunnels, laboratories, and sleeping quarters for over 100 people. The facility even boasted its own hospital and movie theater.

As impressive as this feat of engineering may have been, it couldn’t overcome nature’s will. Three years after launching Project Iceworm, the structural integrity of the facility began to deteriorate. Camp Century became structurally unsound. By 1964, the nuclear reactor was removed, and the entire project was nixed in 1966.[2]

This is another example of the Cold War motivating bizarre military practices. For nearly 20 years, the U.S. military utilized American troops as guinea pigs for chemical weapons at Edgewood Arsenal.

Edgewood was a remote research facility along the Chesapeake Bay. For two decades, more than 5,000 soldiers were exposed to a myriad of “non-lethal incapacitating agents.” These agents ranged in severity from marijuana to “BZ.” BZ was a chemical that would “disrupt the high integrative functions of memory, problem-solving, attention, and comprehension. A relatively high dose produces toxic delirium, destroying the individual’s ability to perform any military task.”

These years of tests yielded little usable data. The effects were, of course, horrific for the test subjects. After the experiments at Edgewood Arsenal were made known, Congress held a hearing, terminating the inhumane project in 1975.[3]

The Peacekeeper Rail Garrison is another Cold War relic that never saw the light of day. It was 1986, over a decade after the Edgewood Arsenal experiments ended. The threat of nuclear war was still looming between the U.S. and the Soviet Union. President Ronald Reagan approved the development of a railway system for the transport and launching of Peacekeeper ballistic missiles. Essentially, he wanted to put nukes on trains.

Each train was to consist of two locomotives, two security cars, a launch control car, two missile launch cars, a maintenance car, and several supplemental cars. In May 1988, a $167 million contract was awarded to Westinghouse for the development of a missile launch car. Rockwell International was awarded a $162 million contract to develop the control and security cars.

As Cold War tensions eased, the project was eventually scrapped in 1991. All that remains of the rail garrison is a prototype car that sits on display at the Air Force Museum in Dayton, Ohio.[4]

The “Gay Bomb” was not a weapon that targeted gay people. No, this was designed to “turn” the enemy gay using a laboratory-developed chemical compound. In 1994, an Air-Force-operated lab in Ohio called the Wright Laboratory was researching non-lethal weapons for military use.

The project was not titled “The Gay Bomb.” They opted instead for “Harassing, Annoying and ‘Bad Guy’ Identifying Chemicals.” The goal was to discover chemicals that would hamper an enemy’s ability to fight.

Wright Laboratory went so far as to send a proposal to the Pentagon, requesting a $7.5 million research grant. The money was designed to research a motley crew of chemicals meant to attract stinging insects, make enemy soldiers fart and have bad breath, or become homosexual due to a designer aphrodisiac. The proposal from Wright Laboratory stated, “One distasteful but non-lethal example would be strong aphrodisiacs, especially if the chemical also caused homosexual behavior.”

At the height of the Cold War, the United States was concerned that Russian ballistic missiles could target U.S. airfields, rendering American air combat useless.

This lit a fire under the Pentagon to develop a “vertical-takeoff” aircraft. In 1956, “Project 1794” was given the green light. The Pentagon contracted with Canadian company Avro Aircraft to design the device. Avro’s assessment of what the craft could do was somewhat idealistic.

As the price tag was too high, the project was canceled in 1961, and the Canadian firm closed its doors a year later. One of the Avrocar prototypes is now on display at the National Museum of the United States Air Force in Dayton, Ohio. A second prototype went to the U.S. Army Transportation Museum at Fort Eustis, Virginia.[6]

On January 12, 1942, a Pennsylvania dentist named Lytle S. Adams contacted the White House with a plan to turn the tides of World War II. According to Adams, strapping small bombs to bats would give America the edge it needed against the Axis threat. Adams’s plan stated: “Think of thousands of fires breaking out simultaneously over a circle of forty miles [64 kilometers] in diameter for every bomb dropped. Japan could have been devastated, yet with small loss of life.”

Like all great plans, the bat bomb was met with no small degree of hiccups. During testing, a few of the bomb-laden bats were accidentally released, causing a hangar and a general’s car to be destroyed.

After the accident, the program was taken over by the U.S. Marine Corps in December 1943. Thirty demonstrations and $2 million later, the project was canned. Lytle Adams, not one to give up easily, turned his attention to creating fried chicken vending machines. Those took off about as well as the bats.[7]

This one is a bit more recent. In the mid-2000s, the Department of Defense developed what they called an “Active Denial System,” or ADS. The ADS was a “non-lethal directed-energy weapon” capable of shooting a man-sized (5-foot or 1.5-meter) beam of millimeter waves up to a distance of 3,280 feet )1,00 meters).

In essence, it was a heat ray meant to cause instantaneous pain and disperse unruly crowds. Testing for the device was… inconsistent at best. In 2007, the Air Force released a heavily redacted report after an airman was burned after receiving an ADS blast for four seconds.

In another demonstration, this time for reporters, the effects were different. Due to rain, the pain ray was reduced to a pleasing, warm sensation. The ADS had been proposed for use in prisons, at the U.S./Mexico border, and in the war in Afghanistan. Each time, the proposal was denied.[8]

Not to be confused with the popular sci-fi movies or TV series, this Stargate may be even less grounded in reality. In a move that could have only been made during the Cold War, the CIA began research on using extrasensory perception (ESP) and psychokinesis (moving objects using the mind) for the purpose of espionage.

In 1972, a classified report suggested that the Soviet Union was spending plenty of rubles researching psychic powers and their potential use in the military. The CIA, not wanting the Russians to be first, began funding their own research.

The Stanford Research Institute in California became the de facto headquarters for said research. The study was dubbed “Project Stargate.” One of the psychics, known as “remote viewers,” was used in 450 missions for the CIA. The Feds even enlisted the help of self-professed psychic and spoon bender Uri Gellar.

In a report by the American Institutes for Research, it was concluded that “remote viewing had not been proved to work by a psychic mechanism and that it should not be used operationally.” The report was the death knell of Project Stargate.[9]

“Operation Acoustic Kitty” sounds like an avant-garde folk trio. In reality, it was part of a CIA effort to use non-human agents for espionage purposes during the 1960s. Assuming cats would be cooperative may have been the first misstep.

It’s no wonder Acoustic Kitty was an “off the books” project. According to Victor Marchetti, former assistant to the CIA’s director, the process was inhumane to the chosen felines: “They slit the cat open, put batteries in him, wired him up. They made a monstrosity.”

When it was all said and done, the first Acoustic Kitty cost around $20 million. On its first mission, the cat was struck and killed by a car before reaching the target. By 1967, the project was added to the CIA’s heap of failed projects.

The program’s potential was summed up by NSA employee Jeffrey Richelson, “I’m not sure for how long after the operation the cat would have survived even if it hadn’t been run over.”[10]