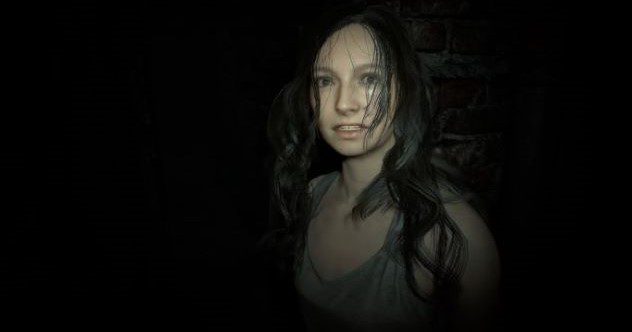 Our minds are trained to accept changes to our favorite franchises. This is a welcome development because the gaming world is ever-changing. As games evolve in graphics, we gladly accept the refined versions—after all, we asked for them. What, however, takes us by surprise is when video game characters get a complete makeover that alters their appearance in a way we do not expect.

10 Inside: The Boy Joins the Huddle

In the video game Inside, the protagonist is a young boy with short black hair. He wears a red long-sleeve shirt and black pants, complete with socks and shoes, and you can vividly make out the protagonist for most of the game. The protagonist has a simple mission, which is to rescue the Huddle from captivity. The boy is able to gain access to the laboratory where the Huddle is being held captive. As soon as the boy sets his eyes on the Huddle, he is absorbed into him and becomes part of the Huddle.

What happens here is that in the process of getting fused with the Huddle, the boy becomes one and the same as the Huddle. His appearance totally transforms from that of a young lad, wearing a long-sleeve shirt and black pants to that of a large fleshy blob, that can in no way be referred to as either human or animal. It can best be referred to as a monster. The game ends with the Huddle breaking out of captivity. Definitely a bizarre transformation.[1]

Franco Delille was an engineer working on the Titan Station. He is among the first two humans we see in the opening scene of Dead Space 2. Franco was the protagonist in Dead Space: Ignition (Dead Space 1); we saw him survive through thick and thin to get to the hospital to rouse Isaac Clarke in the sequel. Franco is with Isaac Clarke with his back to the wall, trying to get him to stand, so Franco does not notice a Necromorph infector sneak up behind him until it attacks him.

The next moment, Franco Delille transforms from a human to a Necromorph Slasher. The very handsome Franco is, before our eyes, transformed into a beast. His two arms are replaced with two blade-like protrusions of bone with vestigial limbs protruding out of his body. Not only does Franco Delille lose his original appearance, but he also loses his humanity as he begins to attack Isaac Clarke, who he came to save. We find this transformation very bizarre–to put it in the most simple terms.[2]

The Guardian Ape is an interesting villain in the game Sekiro: Shadows Die Twice. He resides deep within the Sunken Valley. All he does is protect the Lotus of the Palace from extinction, as the aroma of the flower attracts female apes. When the player’s character approaches the Guardian Ape for a fight, a lot of funny events unfold. The Guardian Ape attacks with farts, followed by a Dung Throwan unusual way to encounter a villain.

When the Guardian Ape is finally killed, the most bizarre thing occurs—it resurrects and picks up its decapitated head. This is the funniest transformation you will find in a video game today. The Guardian Ape holds its severed head in one hand while holding the sword that was used to decapitate it in the other hand. Only a player with a brave heart can withstand the second phase of the fight because it is weird to see a villain you have killed transform into a headless one to fight you all over again. The way the Guardian Ape holds its severed head while fighting with the sword is something you won’t easily forget. [3]

Eveline is ordinarily a beautiful woman who was conceived as a biological weapon with the sole purpose of eliminating the enemy without a fight in the video game Resident Evil 7. Eveline was developed to take over the minds of people who came in contact with her. While Eveline is amazing to behold, she takes her mind-controlling capabilities too far, and Ethan decides to take her out with an E-Necrotoxin injection.

This injection causes her to transform into her true form of an elderly wheelchair-bound woman. If you don’t have a hardened heart, this scene might be particularly unbearable to witness. The sight of a woman who was young and full of energy suddenly transforming into an elderly vulnerable woman is a bit dramatic, even more so as she begins to melt into the floor.[4]

Wyzen is a demigod in the video game Asura’s Wrath. He is among the seven deities and the tallest and the largest among them. During the battle with Asura, Wyzen transforms into a larger version of himself known as Vajra Wyzen. Despite his incredible size as Vajra Wyzen, Asura manages to defeat him again. This time, though, we see the unthinkable—Vajra Wyzen transforms into Gongen Wyzen.

Gongen Wyzen is the last villain you would want to confront in a video game. He is the equivalent of the size of the planet Gaea on which the game itself is set—just imagine. So enormous is Gongen Wyzen that it is impossible to fight him. Asura had to concentrate his effort on just one finger during the battle due to his sheer size. The transformation of Vajra Wyzen into Gongen Wyzen produced what may be the most enormous video game villain in gaming history.[5]

Jen is the girlfriend of the protagonist of the video game Prey. She is kidnapped by a flying harvester, and the protagonist—Tommy—spends the first half of the game trying to locate where Jen is being kept hostage. Later on, he finds Jen in an alien pod, but there is a problem. Jen is no longer the beautiful girl you used to know. She has been transformed from a human to a monster-like creature. The upper body is that of a woman, while her lower body is that of an alien.

As soon as Tommy comes within reach of his girlfriend, the alien lower body of Jen starts to attack Tommy, forcing him to battle it to the death. When Tommy kills the lower part of Jen’s body, the upper part becomes useless. He has to kill the upper part, too, which effectively ends Jen’s existence. This is an unfortunate end to another bizarre transformation.[6]

Lady Yunalesca is a video game villain in Final Fantasy X. Ordinarily, she has a humanoid appearance, but when she meets with the player’s character, something unexpected happens. At the beginning of the fight with Lady Yunalesca, she retains her humanoid form. But when the protagonist defeats her the first time, she transforms into a demonic character with tendrils emanating from her body and elevating her into the air. But this is not the worst of her transformation.

When the player character defeats Lady Yunalesca the second time, another unexpected transformation takes place. She becomes a Medusa-like creature with a gigantic, grotesque face and snake-like hair. At this point, Lady Yunalesca is about one hundred times larger than her humanoid appearance. Another game with a really creepy transformation.[7]

In Castlevania, Dracula was formerly a human crusader named Mathias Cronqvist. He is completely human now, with a flamboyant and unusual style of dress. At some point, Dracula decides to master alchemy and dark magic. He would have remained human, but for his decision to pick a quarrel with God due to the loss of his first wife. Shortly after that, he loses his second wife, which makes him hate all of humanity. Dracula’s newfound evil emotions drive him over the edge and transform him into a villain.

As a villain, Dracula is very formidable. When he unleashes his full strength, he becomes a huge demon with the characteristics of a vampire. But this is not all he can do—he can transform into a wolf, a single bat, or a swarm of bats. The ability of a man to transform into several creatures makes him a formidable opponent, as his transformations can’t go unnoticed.[9]

Ordinarily, the Joker isn’t the most physically imposing villain you get to meet in the video game Batman: Arkham Asylum. However, when designing the final boss battle of the game, the video game makers decided to get creative by making the Joker inject the Titan Formula, which mutates him into a large and monstrous version of himself—the Joker Titan. This monster version of the Joker comes with great strength and capabilities. What we find a bit comical about the Joker Titan is that he is shirtless and wears ripped trousers. The Joker Titan is able to unleash a great deal of chaos on Gotham City, but in the end, Batman thwarts his plans and brings his reign of terror to an end.[10]