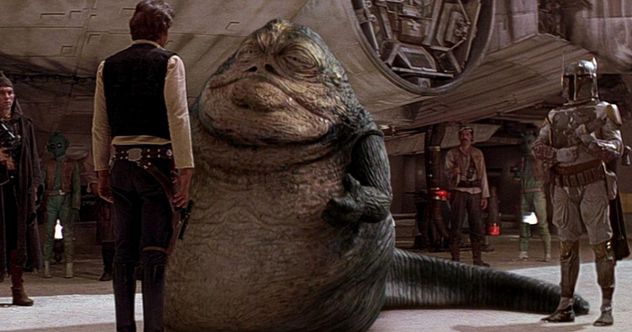 Over the years, Hollywood’s reliance on CGI has grown along with its ability to successfully execute a good CGI scene—to the point where it has become a staple of most movies less concerned with plot and more driven by action sequences and pecs of steel. Therefore, filmmakers could be forgiven for testing various recipes to success.

Unfortunately, however, they have missed many opportunities to present us with masterful scenes simply because the CGI department took a shortcut. Here are ten climactic scenes in films ruined by questionable CGI.

Everyone loves a good dystopian end-of-the-world survival film, and I Am Legend is no exception, having garnered fans from across the globe, with many vying for a sequel. Apart from the fact that the dog dies (cardinal mistake unless you build a movie around taking bloody revenge) and an ending that split audiences to such an extent that an alternate ending exists, I Am Legend nailed it.

The plot, the acting, and the world-building. One small tiny problem—the darkseekers. Why director Francis Lawrence felt it necessary to add CGI to these humanoids in order to alter them so that they more closely resemble video game characters from the ’90s is beyond reason. If only we could get these creatures that were once considered to be human to more closely resemble… well, humans. Perhaps makeup and wardrobe can answer that.[1]

In this remake of Stephen King’s smash hit IT, there is a justifiable over-reliance on CGI. The story is of such a nature that only CGI could really make it pop, and no amount of Skarsgard stares could replace a good old computer-generated monster face. In the scene where Pennywise gleefully sits atop a Paul Bunyan statue, then brings it to life in a jump scare howl straight from the annals of horrordom, one could argue that the scene had its intended effect. The directors, however, saw fit for the animated statue to chase Richie through the park. A difficult scene to pull off, and although not entirely bad, it leaves a lingering comical feel that would be better suited for a comedy or satire produced by the Wayans brothers.[2]

In what was once considered the second film of a trilogy, Neo had bested agent Smith one on one on numerous occasions before. So the agent of the Matrix does whatever he can to get the upper hand, throwing everything at him, including the kitchen sink.

In an exciting scene that showcases Neo’s ability to kick ass, but also the lengths to which agent Smith is willing to go to best him, Neo punches and kicks his way through more and more bodies until the majority of the figures appear to be crash test dummies from an early ’90s car safety video. In what was still a marvelous scene, the momentary lapse in CGI prowess doesn’t do it any favors and somewhat ruins its rewatchability now that the bar for CGI has been raised significantly.[3]

No list involving some form of badly done CGI would be complete without having the plane crash from Air Force One as an honorable guest. It was, far and away, one of the most anti-climactic moments in film history. When the plane crash lands in the ocean, it then inexplicably defies any and all rules of force, momentum, and gravity by spinning and flipping over like a crash scene from the original space invaders arcade game.

An overall good film with good suspense and a tight enough plot. Not even the black box could provide enough information to explain how that scene could crash and burn magnificently.[4]

In what essentially feels like something never destined to be a big Hollywood blockbuster (yet ended being just that), Samuel L Jackson meets one of his more surprising and unexpected ends. We know now that, unless the starring role is played by Russel Crowe, should a character go off on a tangent about surviving and fighting, they are likely to kick the bucket. But not often so spectacularly as in Deep Blue Sea.

After Russell “Mr. Everest” boosts morale and invigorates everyone’s will to live, one of the sharks takes matters into its own teeth and breaches the surface before ripping a poorly CGI’d Jackson limb from limb. It could have been better. But in their defense, they weren’t shooting for the Oscar.[5]

Marvel’s sixth highest-grossing film—raking in more than $1.3 billion—sees T’Challa face off against Eric “Killmonger” Stevens for the right to be called the one and only true king of Wakanda. The MCU films are known for their inventive and effective use of CGI, having brought to life some of film’s largest characters by way of computer animation.

The film Black Panther is no exception to the rule. However, the final battle between the foes feels less like the climax of a billion dollar grossing cinematic experience and more like a trip down a 3D rendered wormhole more suitable for a film created a few decades ago. An unfortunate ending to an otherwise MARVELous film. Luckily, it did not appear to have detracted from the success of the release.[6]

Star Wars fans are known to be loyal and, as one can expect, quite critical of change that does not fit the narrative, the world, or the tone of the universe George Lucas has crafted. Therefore, it would be no surprise that the forced moments of CGI in this adaptation of Episode IV were not well received and left many fans scratching their heads.

Jabba the Hutt was done particularly poorly, and considering the scenes that were altered, one is left with a strange wonder as to why they did not go with realistic prosthetics. In a time when CGI was still a fetus in the filming world, this attempt adds nothing to the experience. Instead, it robs the viewer of potentially entertaining sequences.[7]

Blade is the first real R-rated (tax-evading) superhero in my book… and a bloody cool one at that. In his second outing, Blade, the vampire slayer, has sliced and diced his way through the vampire underworld so effectively that they lined up a few ninja assassins to meet him head-on in what could turn out to be a sword-clashing epic scene. The scene is lit with a wall of spotlights for maximum effect and is well choreographed, with the actual human fighting as entertaining and captivating as need be.

Naturally, being a superhero movie of sorts, things had to ascend into the impossible, and that is where the scene loses balance. The movements are sloppy and clearly distinguishable from the real movements of the warm bodies. The marriage of back-and-forth CGI with the realistic fighting does nothing but throw you off guard long enough that the potentially lethal sequence leaves you wondering whether they should have kept to the basics and sliced some off the top.[8]

The film was criticized by fans and critics alike and had people clamoring for the Snyder cut, which provided the viewer with more substance and fewer hooky effects. In an era of the superhero, with Marvel setting the golden standard for hero films with their Avengers franchise, one could be forgiven for thinking the DC universe might also have a few tricks up their tight body-fitted sleeve.

Instead, we are treated with a final battle that doesn’t look at all real. It rather serves as a stark reminder that we are looking at actors standing in front of green screens, hoping that their outstanding acting synchronizes well with what is happening to them in the film.[9]

Considering Dwayne “The Rock” Johnson is a realistic-looking CGI character created by the WWE in the early nineties, one can not help but wonder what went wrong with the final climatic scene of The Mummy Returns. The overall film holds up well against its entertaining and successful predecessor, and casting the Rock as the scorpion king could have been a masterstroke. However, the letdown of seeing how a poorly rendered face of Johnson looks on a body generated by the Half Life game engine is the real letdown.

In a move that is as bewildering as the scene was impassable, how the film received the green light and slipped through the final stages of production goes beyond logic, and no amount of timeline pressure should be able to justify it. One has to assume they blew the budget or their time elsewhere, yet I cannot help but wonder what the results would have been had they nailed the scorpion king.[10]