10 Crimes That Took Place in a Pumpkin Patch

A visit to a pumpkin farm is a great way to spend a crisp autumn day. There are a variety of seasonal activities, such as picking pumpkins, navigating corn mazes, and enjoying fall treats. Usually, these pleasant afternoons go by uneventfully. However, every so often, the unexpected happens, ranging from shocking to bizarre and surprising. Here are 10 times a crime took place in a pumpkin patch.

One man from California tried thinking outside the box while on the run from the police, and his plan surprisingly involved the local Petaluma Pumpkin Patch. The man was accused of stalking an ex-girlfriend and fled the scene when officers arrived to arrest him. He managed to flee into the corn maze at a nearby pumpkin patch. This maze was so intricate and well-designed that he avoided the police and a search helicopter for two hours while inside the corn maze!

One officer who had been to the maze before while off duty even acknowledged how easy it would be to hide in the maze. Eventually, the man was discovered hiding in a chicken coop and was arrested by the authorities, restoring peace to the pumpkin patch.[1]

When robberies are reported in the news, we are accustomed to hearing about stolen money, jewelry, and cars, but it is not very often that we hear about stolen produce. Farms View Roadstand in New Jersey was robbed of 200 pumpkins, and the thieves were caught in the act by the security cameras. At first, it might not seem like this would be a very profitable crime, but according to the owner of the pumpkin stand, they would have ended up selling for close to $3,000. The owners of the pumpkin stand were so distraught over the loss of the pumpkins that they offered a cash reward to anyone who had information on the suspects.

The robbery itself happened in three stages. The security camera showed a vehicle approaching the pumpkin farm three different times during one night, and a team of individuals jumped out to load up the pumpkins. It was a calculated plan for stealing the pumpkins, and we may never know the motive. Fortunately, if the thieves’ intent was to try and shut down the family-owned pumpkin stand, they were unsuccessful.[2] 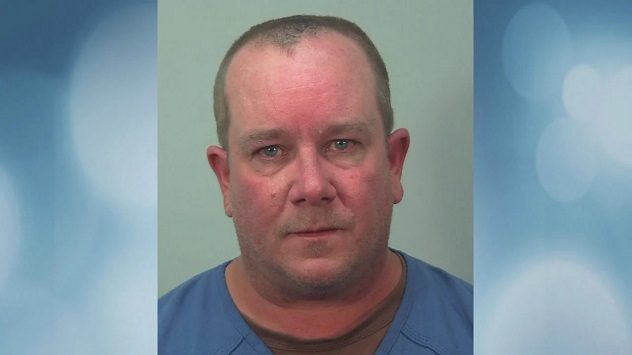 In October 2018, while turning into the entrance of Jerry’s Fall Harvest and Sunray Produce in Wisconsin, a local man was hit by a drunk driver. The man did not survive the accident, and his passenger had to be life-flighted to a nearby hospital. The owner of the pumpkin farm expressed that he was shaken up by the tragedy. The drunk driver was arrested and ordered not to drive any vehicles in case he posted bail.

Nicholas Hanley, 46, was formally charged with vehicular homicide (driving under the influence with a prior DWI conviction), a second count of homicide (driving above the legal intoxication limit), two felony counts of causing injury by intoxicated use of a vehicle, and two other DWI-related offenses. With three prior convictions for DWI, Hanley had a blood alcohol level of 0.087. His last conviction was in 2006, and he was driving with a valid license, which was restored in 2007. In August 2022, he was sentenced to five years in prison.[3] 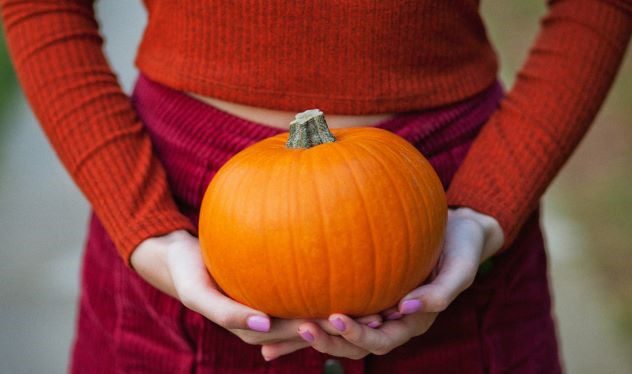 It is each forgetful person’s worst nightmare. According to one woman, while on a date at McCall’s Pumpkin Patch in New Mexico, she absentmindedly picked up a $2 pumpkin from a display stand. She then wandered off, neglecting to pay for it. After being confronted, she reported that she offered to pay for the pumpkin, but her request was denied. She was escorted from the property in handcuffs.

The bizarre situation escalated even further when the couple appeared in court. The presiding magistrate decided to rule based on the intention to steal and not the dollar amount of the item. Since that was the case, the couple was found guilty of shoplifting an item of $250 or less in value. They were each sentenced to 40 hours of community service and had to pay $73 in court fees—all for a pumpkin worth less than $5.[4] Two brothers ended up in a dangerous situation while playing in a corn maze on a California pumpkin farm. The boys had been having fun in the maze and became separated from their family. After a while, the younger brother noticed two suspicious men following them. Before the kids could lose them in the maze, the boys said one of the men grabbed the young brother by the arm and tried to drag him away. To defend his sibling, the eldest boy kicked the man “in the crotch.” The boys managed to flee from the maze into the pumpkin patch to find their family and call the police.[5]

5 Arrest at Political Rally on a Pumpkin Farm

Burt’s Pumpkin Farm in Georgia found itself front and center of a high-profile court case where a journalist was arrested for filming at a political rally. Tensions grew during the rally at the pumpkin patch as one of the political candidates asked the journalist why she was filming. Growing uncomfortable with the confrontations, the property owners decided to have local law enforcement step in. The journalist reported having permission to film and did not stop, resulting in her being forcefully removed.

Chaos quickly began to unfold as the officer did not respond to the woman’s calls for him to identify himself as a member of law enforcement. This caused a scuffle that resulted in her being taken into custody. The case surrounding an incident that all started at a family-owned pumpkin farm lasted for years. After several years of being closely monitored by the media, a ruling was reached, and the journalist did not have to serve any jail time. She was able to pay a $1,000 fine and complete community service to have the misdemeanor charge completely removed from her record.[6] 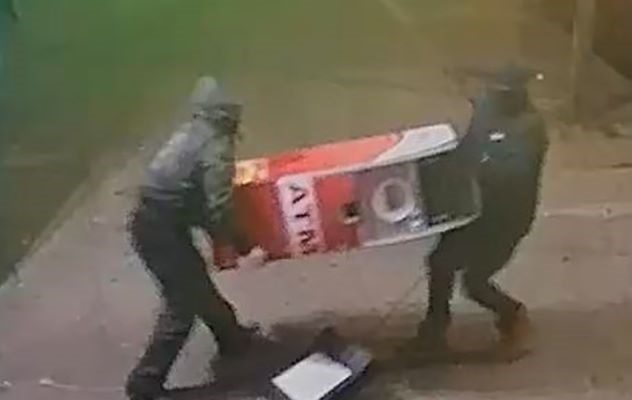 Most pumpkin farms have treats available for purchase or at least charge an entrance fee for their corn maze, but not everyone carries cash on them all the time. Live Oak Canyon Pumpkin Farm in Redlands believed they had managed to avoid this problem because they had an ATM available for customers. They did not realize that the machine would cause them a different type of problem. (LINK 8)

One night, two men in a van drove up to the pumpkin patch and stole the entire ATM. They managed this by cutting the security cord and loading the machine into their rental van. However, the team was caught on surveillance discarding the machine after breaking into it. The authorities recovered it later and calculated that the thieves had gotten $19,000 out of it. Both men were eventually arrested and sentenced to jail time, and the police were even able to recover $2,000 of the money from the pumpkin farm’s ATM![7]

3 Drunk Man Spits on a Deputy in a Corn Maze

At the same pumpkin patch where a woman was arrested for stealing a small pumpkin, nearly ten years later, another dramatic situation unfolded. Perhaps to make the maze at McCall’s Pumpkin Patch extra challenging, a man from New Mexico entered while intoxicated. Law enforcement interrupted the man in the middle of harassing and headbutting the actors performing in the corn maze.

Deputies reported they could smell the alcohol on his breath as he got in their faces and refused to exit the pumpkin patch peacefully. The man was handcuffed when he spit in a deputy’s face, but that did not stop him from causing a scene to the embarrassment of his friends. According to the authorities, the man kept the performance up all the way to jail.[8]

A video on social media challenging viewers to “wreck mayhem” was taken seriously by a group of teenagers at Roca Berry Farm in Nebraska. As a result of the incident at the pumpkin farm, two girls, 13 and 14 years old, were injured. The girls had to be treated at the hospital, but the injuries were not serious. Police used the Snapchat video to identify the suspects. The pumpkin patch increased its security presence as a response to the event and no longer allows children under the age of 15 to enter without an adult.[9]

Anyone driving down the highway near Goebbert’s Pumpkin Patch and Apple Orchard in Chicago one afternoon would be in for a huge surprise. A police chase was in progress. Two zebras had escaped from the petting zoo in the local pumpkin patch!

The Illinois State Police had to work together with the zoo to contain the wild situation. The zebras managed to hang on to their freedom for two hours before they were safely captured. In their defense, the zebras probably did not know that running from the police was a crime![10]