10 Darkest Rock Albums Ever Made 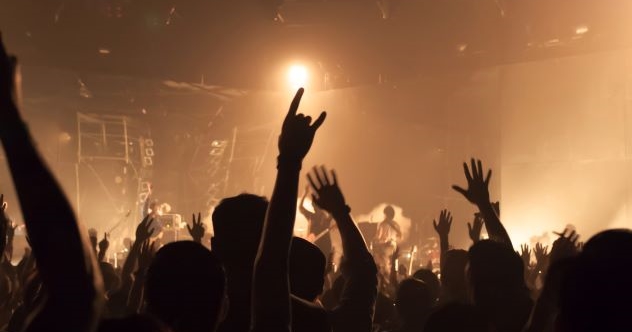 Rock music’s explosive and introspective nature has always provided a haven for outcasts, angsty teenagers, and broody types alike. But over the years, some musicians and songwriters have taken rock’s naturally emotive tendencies to new extremes. The results are records that daringly peer into the deepest depths of the human psyche, taking curious listeners along for the ride.

The records on this list explore feelings of anger, despair, and depression but also tackle dystopian futures, occult rituals, murder, death, and disease. In a sense, they are to music what horrors and thrillers are to movies. But the records here aren’t just gloomy either. Instead, these albums are also some of the best pieces of music from rock music history.

10 Turn Loose the Swans by My Dying Bride

My Dying Bride was already an established force known for their slow and doomy metal sound when they released Turn Loose the Swans in 1993. However, the second album would be a considerable departure stylistically from their debut. For starters, lead vocalist Aaron Stainthorpe added clean vocals and spoken parts alongside his usual growl. Meanwhile, pianist/keyboardist/violinist Martin Powell found himself with a lot more room to work with.

The musical changes resulted in an album that carried a far more gothic vibe, with long atmospheric moments taking the place of the band’s previous brutal approach. But while the album may not be as aggressive as their earlier outings, it is undoubtedly one of the gloomiest and darkest albums ever made and a landmark metal release.[1]

9 My War by Black Flag

1984 proved a landmark year for the legendary punk group Black Flag. The band would record no less than three albums (My War, Family Man, and Slip It In) and perform over 170 shows. It would be the first of these albums, My War, that ultimately proved to be the most memorable, though. Here, the band, known for their relentless pace, took influence from the likes of MC5, the Stooges, and Black Sabbath and opted for a slower, more experimental, but equally darker sound.

Adding to the “grungy” musicianship was the lead singer Henry Rollin’s almost schizophrenic and paranoid-sounding vocal performance, most notably evident on the title track that sees him screaming “You’re one of them!” at the listener. Of course, none of this would bother the charts all that much at the time, but its chaotic sound proved hugely influential and essentially paved the way for the Seattle grunge rock scene in its wake.[2]

Released in 1970 on Valentine’s Day (of all days), Black Sabbath’s first album might sound tame by today’s standards, but it had to get a mention. Inspired by Aleister Crowley, Dennis Wheatley, H.P. Lovecraft, and J.R.R. Tolkien, Black Sabbath—four blokes from Birmingham, England—delved into subject matter that others had yet to dare, including depictions of the occult and Satan himself.

But, of course, the music itself proved pretty revolutionary for the time too. Indeed, the combination of the hard blues-rock style of guitarist Tony Iommi and dark lyrical themes essentially set the blueprint for all heavy metal. Amazingly, their influence on metal—and music in general—began more than fifty years ago. In fact, Iommi once noted that “I didn’t hear us cited as an influence until bands like Nirvana, Soundgarden, and Metallica, and some of the punk stuff, like the Stranglers, came along.”[3]

While its trip-hop beats and vocal-centered sound made for what some considered a chill-out album, you’d have not to be paying attention to not realize Dummy is also one of the gloomiest albums ever made. Inspired by a 1970s TV drama of the same name about a deaf woman who becomes a prostitute, Portishead’s first album is a jarring and visceral album at its core. It carries with it undertones of political and social criticism lingering underneath songs of desperate longing and despair.

Even though it debuted in 1994, the album remains fresh, attracting new listeners to the sultry, folky vocal style of singer Beth Gibbons paired with Geoff Barrow’s unique sampling choices. Their distinctive sound helped them crossover from the club scene to an indie audience waiting to soak up their music.[4]

6 In Utero by Nirvana

When Nirvana started work on their final 1993 studio release, they found a vast shadow lingering over them. Their previous record Nevermind had changed the alternative music scene forever, but its success proved problematic for a band rooted in a DIY, anti-establishment aesthetic. Lead vocalist Kurt Cobain would even go on record to call Nevermind “candy ass,” resenting its highly accessible sound and hoping to return to something more raw with In Utero.

While the debate will forever rage about which album was better, there’s little doubt that In Utero is an entirely different beast. Not only because of the buzzy, anti-approachable, and chaotic sound but also the lyrical content. Themes regarding sickness and disease are all over the record. But while the lyrics seem actively impersonal, fragments of Cobain’s struggle peer through. Such is notably the case on the album’s opener, “Serve the Servants,” where Cobain touches upon his success (“Teenage angst has paid off well, now I’m bored and old”) and relationship with his father (“I tried hard to have a father but instead I had a dad”). Regardless of the tragic events that happened after, the album is a visceral and, at times, disturbing work.[5]

Released two months after the band’s vocalist, Ian Curtis, committed suicide, Closer is another album where it is all too easy to judge against real-life events. Still, it’s hard not to hear Curtis on this record and hear a man struggling with his inner demons.

According to interviews, most of the band were in good spirits while recording Closer, bar Curtis, suffering from epilepsy and depression and having an affair—he was in a generally awful place. Such seems obvious in vocals such as “I’m ashamed of the things I’ve been put through/I’m ashamed of the person I am.” Unfortunately, however, his bandmates didn’t realize how bad things were. As Stephen Morris would put it in a 2018 interview: “I honestly thought Ian’s lyrics were really brilliant, but that he was writing about somebody else.” In any case, there’s little doubt that Closer is one of the darkest sounding pieces of music ever created.[6]

4 Dirt by Alice in Chains

Dirt is one of those albums that feels contradictory. Its big riffs and belting choruses make it a fist-pump-worth slice of stadium-ready hard rock. Meanwhile, Jerry Cantrell and Layne Stacey’s harmonious and often haunting vocal tandem, moments of abrasive instrumentation, and dark lyrical themes reveal a darker beast beneath.

Indeed, themes of self-hate, depression, and unbridled anger run throughout the album, all underpinned by the relentless attack of guitars and drums. Elsewhere, lyricist Cantrell evokes a picture of the Vietnam war through his father’s eyes in “Rooster” and pays tribute to Mother Love Bone frontman Andy Wood in the evocative “Would?”[7]

Radiohead built a reputation on angsty but radio-friendly hits with their first two albums, Pablo Honey and >em>The Bends. But with OK Computer, the group began to let their creative inhibitions lead them, thanks to their record company giving them the green light to do as they saw fit. The result would be an atmospheric but claustrophobic sound that conjures an Orwellian feel for the listener.

Lyrical themes on the album ranged from the rush of surviving a car crash (“Airbag”) to severe mental illness (“Climbing up the Walls”). But an underlining fear of digital-dystopia runs throughout, from the chilling declarations of a robotic voice on “Fitter Happier” (“Calm, fitter, healthier and more productive”) to Thom Yorke’s vocals that sound like desperate pleas (“No alarms and no surprises, please”). Thanks to technological advances, the album has only gotten creepier and more vital with age, and the band itself hasn’t looked back to its alt-days since.[8]

When the most accessible track on a record is about heroin addiction and self-harm and crescendos to a suggestive gun-shot-like finale (and the apparent first single is titled “March of the Pigs”), you know you are listening to something a little messed up. Yet against seemingly all odds, The Downward Spiral proved to be a runaway success, reaching number 2 on the Billboard charts and cementing Trent Reznor as a significant force in the musical landscape.

The album was heavily influenced by Pink Floyd’s The Wall and David Bowie’s Low, taking the instrumental and synthesizer soundscapes of the latter and the overarching concept of a lone wounded figure of the former. But, of course, Reznor also brought his iconic industrial-rock sound to the proceedings. The result is a chaotic, abrasive, and destructive sound that refuses to relent. Plagued by drug problems and relationship issues, Reznor likened the experience of making The Downward Spiral to “climbing down a manhole and pulling the cover over.” When you listen to the album, it’s hard to imagine otherwise.[9]

With lyrical themes covering such subjects as exploitation (“Yes” and “Faster”), concentration camps (“The Intense Humming of Evil”), and anorexia (“4st 7lb”), The Holy Bible by Manic Street Preachers is undoubtedly one of the most corrupted things ever put to tape. Even the samples on this album, which include excerpts from an adaption of Orwell’s 1984 (“I hate purity. Hate goodness. I don’t want virtue to exist anywhere. I want everyone corrupt”) and the heartbreaking documentary Caraline’s Story, feel despondent. That the music itself on the record feels almost “punk-pop” at times only results in a startling juxtaposition.

Unfortunately, all the gloominess was very real to rhythm guitarist Richey Edwards who took on the lion’s share of lyrics here. Suffering depression, alcohol abuse, self-harm, and anorexia, Edwards would disappear just five months after the album’s release, with his car found abandoned near the river Severn bridge. His disappearance in 1005 remains a mystery.[10]

'What The F**k Are You Talking About?' John Oliver Spots Weirdest GOP Candidate