10 Death-Related Festivals Around the World

Death is a huge part of many cultures, with the beliefs surrounding what happens after we pass on causing wars, discussions, and speculation for millennia. Of course, one of the most famous festivals that honors the dead is Dia de los Muertos or Day of the Dead, but there are plenty of other interesting death-related festivals celebrated all around the world.

While some cultures prefer the more somber affairs we associate with Western funerals, many opt for a more upbeat and celebratory atmosphere. This is often the case when the belief system supposes that there’s an afterlife of some kind, whether that’s a veil from which they watch over the living, a period of reincarnation, or a plain where they’re reunited with other ancestors or loved ones that have already passed on.

The result is often a vibrant and exciting festival that involves a lot of traditions dedicated to showing love, reverence, and respect. If you’re in any of the following areas during their specific death-related festival, you’re in for a slightly morbid treat.

So, where are some of the most interesting death-related festivals around the world? Let’s find out!

Related: 10 Fascinating “Day Of The Dead” Facts And Traditions

Also known as the Festival of Near Death Experiences, the Fiesta de Santa Marta de Ribarteme is celebrated in the small town of Las Nieves in Spain. Unlike a lot of morose European festivals, this event is actually held in the peak of summer—July 29th every year!

Like many Spanish fiestas, the celebration of Fiesta de Santa Marta de Ribarteme is dominated by a procession led by an effigy of Santa Marta or Lazarus’s sister, Martha. Lazarus, of course, is most famous for returning from the dead. The crowds give thanks to Santa Marta for escaping a close encounter with death in the previous year.

How do they do this? By dressing in funeral attire and carrying a coffin with their own real-life “escapee” in it. If you’ve cheated death in the last year, you too can lay in an open casket and be carried through the streets of Las Nieves by your friends and family.

It might sound like a morbid affair, but there is a ton of gypsy dancing and music, as well as plenty of local and fresh octopus to be eaten. Although it’s a festival dedicated to a saint, in true Spanish fashion, it’s also a party.[1]

For our next death-related festival, we’re heading east to Japan. Family and ancestral history play a huge role in the culture in Japan, so it’s no wonder that there is a festival dedicated to the period where the spirits of ancestors are believed to travel back to the land of the living. This is a similar theme around much of the world, but it’s celebrated in Japan as Obon, or sometimes shortened to just Bon.

Celebrated on the 15th day of the 7th month of the lunar year, it often results in Obon occurring in mid-August. During this time, lanterns are lit to help guide the spirits home, as well as food being offered at home altars. Like many other remembrance events, the graves of the departed are also visited more during Obon.

Once Obon draws to a close, the lanterns are launched onto the water to help guide the spirits of their loved ones back to their resting place. The sight of the lanterns gliding out across the water is like something out of a movie.[2]

Okay, to be clear, Samhain and Halloween are not the same, despite sharing a celebration date of October 31st. Samhain comes from the pagan and Celtic traditions, popular in the UK before Christianity took hold. Still celebrated in many parts of the UK, particularly in Scotland, Samhain celebrates the welcoming of the harvest and the darker nights that are yet to come.

The traditions practiced for Samhain have altered drastically over the years, with ancient Samhain celebrating the end of the harvest with a burning wheel, said to represent the sun, before sacrificing cattle and taking a piece of the fire back to your family hearth. In the Middle Ages, this turned into a more modern bonfire to protect from witches, with people carving turnips, a precursor to the modern jack-o’-lantern.

Samhain is also where the veil between the dead and the living is thought to be at its thinnest, so people went door to door, singing to the dead. They were then rewarded with cake, making this the base for the trick-or-treat concept.

Despite the similarities between Samhain and Halloween, Samhain is one of four fire festivals in pagan tradition. It has a deep connection to the earth and the seasons, which tends to make it appear aligned with Wiccan traditions more than your Christian All Hallows’ Eve.[3]

As far as death-related festivals go, Pchum Ben in Cambodia is one of the longest, lasting a total of 15 days. It’s a time to gather and respect those who’ve passed on. Each day, no matter how busy you are, devotees should visit their local pagoda with an offering and some food.

The final day is normally on the 28th of September. It’s at this time that everyone gathers together to remember and feel sorry for those who they’ve lost. Aside from Buddhist New Year, it’s the most important date in the Cambodian calendar.[4] Celebrated on the second Tuesday after Orthodox Easter, Radonitsa is a popular festival of remembrance and celebration of death all around Russia, Ukraine, and Belarus. It’s said to be a day of rejoicing and celebrating the lives that have passed rather than being somber about it.

Relatives visit the graves of the dead and feast with them or leave Easter eggs and sweets as offerings. Sometimes they’ll light a candle instead or have a full traditional meal. It varies from town to town, but it’s never a sad occasion.[5]

5 The Festival of the Hungry Ghost, China

Much like Obon in Japan, the Hungry Ghost Festival occurs on the 15th day of the 7th lunar month. Sharing a meal with loved ones is a powerful thing, and hospitality is something that is revered and celebrated in a lot of cultures, including across China.

The Hungry Ghost Festival is all about food, hospitality, and avoiding the wrath of a hungry ghost! Ceremonies include burning incense, bringing ancestral tablets to the table, and cooking three full meals throughout the day. Once the sun goes down, a feast is laid on the table for the ancestral ghosts among the incense, tablets, and paintings. Afterward, the living may feast separately, leaving a place setting for a lost loved one.[6]

Normally, one burial service is enough, but for the Dayak Ngaju people of Central Kalimantan in Indonesia, just one burial could mean disaster for the crops and cause famine or even plague. That’s why they have a second funeral tradition called tiwah.

This morbid festival involves exhuming the corpse a few months or even a couple of years after the initial burial. Then the family takes the bones and puts them in a ceremonial chest or ossuary. The Dayak Ngaju people believe that this process is them guiding their loved ones to the spirit world. Without doing so could cause trouble for the living.[7]

Celebrated across the Kathmandu Valley in Nepal. Gai Jatra is a Hindu festival otherwise known as the festival of the cows. This is because, in Hinduism, the cow is the Goddess of Wealth and is a sacred animal.

Each year in July or August, the families send out their children dressed up as cows to join a parade of remembrance. The parade is an upbeat affair, full of color, music, and dancing. It’s a beautiful sight to behold and one that’s definitely a celebration of life rather than a meditation on death.[8] 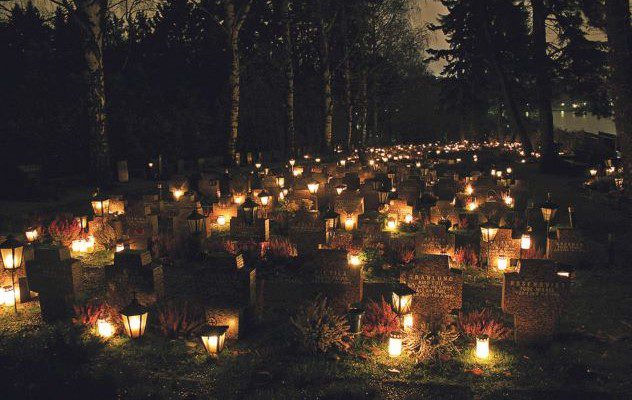 In stark contrast to the parades of Dia de los Muertos, Totensonntag is considered a silent day, where there are noise level provisions in place across the country so that people can take time to remember those who they’ve lost. Often, people will visit the graves of not only loved ones but also those of popular German or Lutheran figures and important churches.[9] 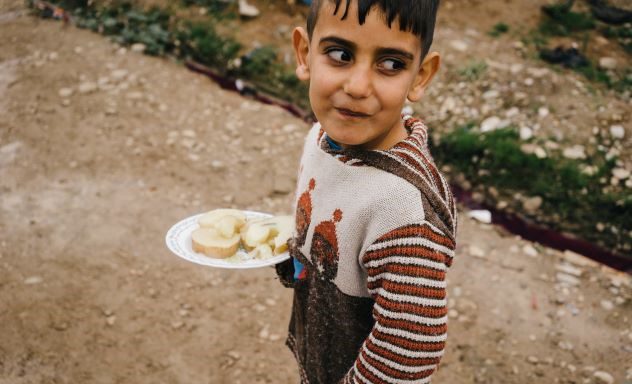 Celebrated across religions in the former Levant region, now recognized as the Eastern Mediterranean and the Middle East, Thursday of the Dead is observed by Muslims and Christians alike in this area.

Thought to be the day that the Last Supper occurred, Thursday of the Dead is celebrated in the morning, unlike the similar Maundy Thursday holiday. It’s a time to remember those who have been lost but also to help those in need. It’s common for bread and sweets to be given out to children who are in need, keeping the circle of life going. As such, it is now also called the Day of Sweetness.[10]