We live in an era of incredible technology: cars, computers, and even robots. To law enforcement agencies everywhere, arguably one of the greatest of these technologies would be the myriad uses of DNA profiling and, more recently, forensic genealogy. Crimes have become much easier to solve if DNA is present.

Unfortunately for criminals and murderers, this means it’s much easier to get caught, especially for those who committed crimes before DNA testing. Due to these advances, police have been able to close the book on many cold case murders, all thanks to criminals who left a little DNA before they even knew it could get them caught.

In May 1987, 23-year-old Shannon Lloyd of Orange County, California, was murdered in her apartment. According to Garden Grove Deputy Police Chief Amir Al Farra, she was sexually assaulted and strangled to death. Two years later, in 1989, a California woman, Renee Cuevas, was also found murdered. These two cases were investigated separately until 2003, when the national DNA database CODIS revealed that samples from both crimes matched the same man. Unfortunately, there was no match to a suspect at the time.

Then, in 2021, police turned to the relatively new field of genetic genealogy. Genetic genealogy uses an unknown DNA sample and compares it to databases of DNA to look for partial, but not exact, matches. The technique is used to create family trees based on genetic similarities to hopefully lead back to the owner of the unknown sample. In this case, it led back to Rueben Smith.

Police determined that Mr. Smith had indeed lived in the area at the time and had, in fact, been arrested for but never convicted of sexual assault and attempted murder in Las Vegas in 1998. A DNA sample taken at the time of that arrest was eventually used to connect him to the Lloyd and Cuevas slayings. Mr. Smith died by suicide in 1999.[1]

A gruesome double homicide opened the year of 1956 in Great Falls, Montana. As later reported by the Great Falls Tribune, 18-year-old Lloyd Bogle was found shot in the head with his arms tied behind his back with his own belt. The following day, his girlfriend, 16-year-old Patricia Kalitzke, was found in another area of town, also killed with a bullet to the head, but with the added horror of a sexual assault. While police determined the murders to be connected and despite following many leads, the case eventually went cold.

That is, until 2019, when Detective Sgt. Jon Kadner sent DNA swabs from Kalitzke’s sexual assault to forensic genealogists at Bode Technology. Scientists were able to use the unknown DNA to find potential matches in public databases and create a “reverse family tree.” This method eventually led to a man named Kenneth Gould, who unfortunately passed away in 2007.

However, using DNA from Gould’s surviving relatives, police were able to determine with certainty that he was responsible for the double homicide and sexual assault of Lloyd and Kalitzke. To date, this cold case is one of the oldest to be recently solved with DNA evidence.[2]

A Danby, Vermont couple, George and Catherine Peacock, were murdered in September 1989. The 76- and 73-year-olds were found stabbed to death in their home, which showed no signs of forced entry. A man named Michael Louise, who was the Peacock’s son-in-law, was identified as a suspect a few weeks later. Unfortunately, all the evidence against him was circumstantial, and without enough to connect Louise to the murder, the case went cold.

Solid forensic evidence finally came in May 2020. A blood sample found in Louise’s car back in October 1989 was tested for DNA. While initial tests done previously on the blood were inconclusive, advances in DNA testing allowed for the blood to be positively identified as belonging to George Peacock. Louise was eventually arrested for the double homicide in 2022.[3]

In April 1986, 32-year-old Janet Love was found raped and murdered in her Bedford, Texas, apartment. She died of a gunshot wound to the head. In the 36 years since, the case was passed to many detectives, all to no avail. The case went cold.

However, in 2020, Bedford Police Sgt. Brett Bowen sent DNA from Love’s sexual assault for advanced DNA testing and forensic genealogy. The DNA was eventually matched to one Ray Chapa, who at the time of the murder was Love’s 19-year-old neighbor. While Chapa died in 2021, just nine months before being identified, police and the FBI are looking into the possibility that Chapa is connected to other crimes in other states.[4] 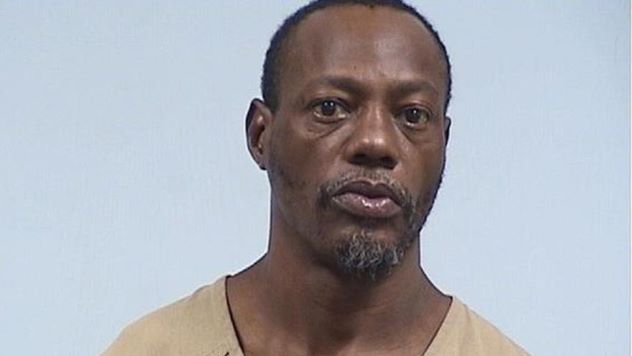 Elkhart County, Indiana, is where, in May 2002, Robert Reed was found robbed and murdered inside his residence. Blood pooled around his misshapen head, with his neck and head sustaining multiple injuries. Despite the abundance of blood at the scene, none of the DNA could be conclusively linked to anyone other than the victim.

The case was revived in 2021 when Sgt. Greg Harder of the Elkhart County Police noticed a possible piece of DNA evidence that was missed. A spot of blood on the victim’s shirt that seemed to suggest the culprit stood over the body and bled on the shirt as he ransacked the victim’s pockets. The results came back to match a man named Marcus Love.

Upon further testing, Love’s blood was found to be mixed in with other samples of Reed’s blood taken from the scene of the murder. It is unclear how Love actually came into contact with Reed; regardless, Love was arrested for the murder of Robert Reed in 2022 based on the DNA evidence.[5]

Jessica Baggen, a 17-year-old from Sitka, Alaska, disappeared in early May 1996. She was found two days later, sexually assaulted and strangled. A man confessed to the crime shortly after. Due to a lack of physical evidence, however, this unknown man was acquitted of the crime. The case went cold after that.

In February 2019, DNA from Baggen’s clothes and body was submitted to a public genealogy database after previous attempts to match the DNA had been unsuccessful. A man named Steve Branch was identified as a person of interest. After being interviewed by troopers in his Arkansas home in early August 2020, Branch died by suicide. A warrant was issued to obtain Branch’s DNA upon his autopsy; the DNA obtained from Branch’s remains was confirmed to be a match to the DNA on Baggen’s body.[6]

Nine-year-old Marise Chiverella was walking to school in March 1964 when she was kidnapped. The Hazelton, Pennsylvania, girl was found later the same afternoon, raped and strangled. Throughout the years, more than 230 members of the Pennsylvania State Police worked on the case to no avail.

The case was revived in 2020 with new DNA technology and the help of Eric Schubert, an expert in genetic genealogy. The extensive family tree Schubert put together led investigators to James Forte, who had a record of violent sexual assault. Because Forte had been dead since 1980, DNA was taken from his exhumed body. Forte’s DNA was a match to genetic material found on the victim’s jacket.[7]

In late March 1983, the body of Joette Smith was found floating in the San Lorenzo River. The subsequent investigation led Santa Cruz County police to a man named Eric Drummond, who had reportedly previously asked Smith on a date and was declined. He was identified as a suspect five years after Smith was found, but with no physical evidence to tie him to the murder, he was never arrested.

Physical evidence was able to close the deal in 2022. DNA had been found on Smith’s clothing at the time of her murder, but it was only recently that new advances in technology allowed the sample to be tested and matched. The DNA profile matched Eric Drummond. Before Drummond could be arrested, he died by suicide.[8]

Nadine Madger was a Willoughby, Ohio, woman who was found murdered in January 1980. The 25-year-old was stabbed over 40 times with her infant son in the room. Blood evidence believed to be the killer’s was found on the victim’s clothing but remained unidentified.

That is, until 2022, when police identified a suspect. Through further testing and genealogical research, the blood on Madger’s clothing was identified as matching the DNA of one Stephen Simcak. Unfortunately, Simcak will never be tried for the death of Madger, as he died in 2018.[9]

In December 1975, 19-year-old Lindy Beichler was murdered in her Lancaster, Pennsylvania, apartment. She was stabbed 19 times, and prosecutors say “evidence at the scene suggested a sexual motive.” Unfortunately, no substantial leads were obtained in the case, and Beichler’s murder went cold.

Beichler’s case was revived in 2019 when prosecutors released composite images of a man whose DNA was supposedly left at the scene. DNA genealogy was used to compare the sample to public databases to find familial matches. These familial matches led police to David Sinopoli, one of Beichler’s neighbors at the time. A direct sample of Sinopoli’s DNA was obtained and matched to the sample found at the murder scene. He was arrested in July 2022.[10]

Ten of the Most Bizarre Crimes of 2022