For most inmates, imprisonment means being kept in one building for a determined number of months or years. Staring at the walls of a square cell each and every day. Listening to other prisoners scream, shout, fight, and even die. When prisons eventually become abandoned, the memories tend to hang around, permeating the atmosphere and releasing a stark chill in the air. 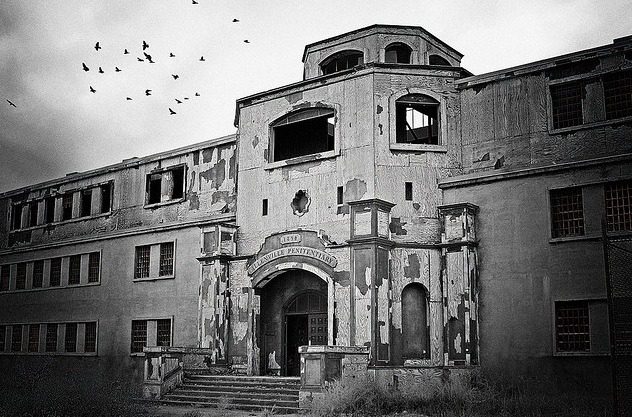 Hardcore criminals engaged in two riots in the Old New Mexico State Penitentiary before it moved in 1956. By the ’70s, the prison was severely overcrowded, and a newly instated “snitch system” enraged a large number of prisoners. On February 2 and 3, 1980, the inmates overran the prison building in a terrifying riot during which 12 guards were taken hostage, and 33 inmates were killed by other prisoners. Some of these inmates were tortured before being murdered in revenge for their snitching to prison wardens. The guards’ lives were spared, but seven of them were severely injured after being beaten and raped.

It took 36 hours for the police to regain control of the prison. Part of the building was shut down shortly after, and the inmates were moved to another prison. Today, the Old New Mexico State Penitentiary (Old Main) is mostly abandoned, with some parts used to store movie props. After all the horror, it is not surprising that many who visited the building after it closed reported seeing shadows and hearing unexplained noises emanating from the empty cells.[1] 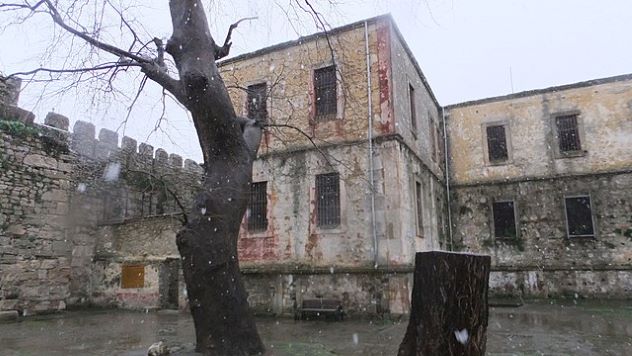 Sinop Prison is one of the oldest prisons in Turkey. It is located within the Sinop Fortress and was established in 1887. In 1939, a building with nine halls spread over two floors was added to hold juvenile prisoners.

Conditions were harsh inside the prison due to its location. By being so close to the sea, the air was always moist and cold, making it difficult to even light a match. Sinop is also well known for holding many intellectuals, including journalists, politicians, teachers, and poets.

The prison was abandoned in 1997, and the inmates moved to a new prison in Sinop. Today the prison is open for sightseeing, with plans in the works to convert the inner fortress into a maritime and justice museum.[2] 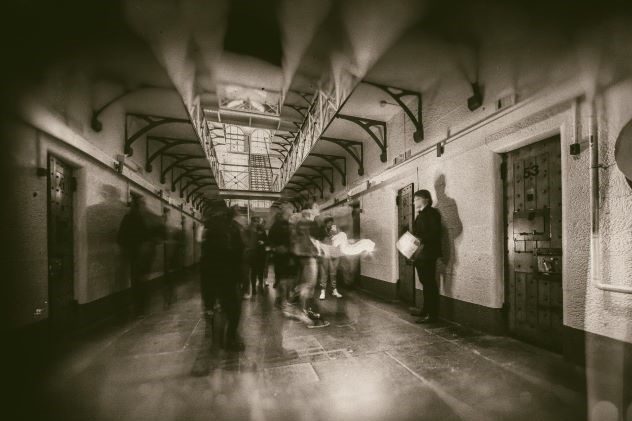 HM Prison Pentridge was established in 1851 in Coburg, Victoria, with the first prisoners incarcerated the same year. The building was split into several divisions using letters of the alphabet. For instance, A was for long- and short-term prisoners who displayed good behavior, B was for prisoners who displayed bad behavior, G was for psychiatric problems, and so on. By the time the prison shut down in 1997, it housed over 1,000 inmates. Australia’s most infamous criminal, Ned Kelly, was also imprisoned at Pentridge, and his remains were found in a mass grave at the prison in 2009.

While some parts of the abandoned building have been turned into housing developments, some of the old divisions remain and are used as a venue for ghost tours.[3] Ilha Grande is an idyllic island off the coast of Rio de Janeiro that draws thousands of tourists to its white sand beaches and tranquil waters. What some may not know, however, is that the island is also home to an abandoned high-security prison.

In 1886, Lazaretto Hospital opened on the island. The hospital was meant to keep patients with contagious diseases away from the rest of the public. It took only a few years for the wards to become overcrowded and the island to become overpopulated. A small prison was constructed to house troublemakers, and at the same time, Lazaretto morphed into a military prison. During wartime, it closed down and reopened in 1930. In 1942, Lazaretto was renamed Colonia Candido Mendes and was declared a fully functional prison. It was here that dangerous gangs established roots and planned to overthrow the wardens.

Gang violence escalated to the point where police couldn’t maintain control over the prisoners, and the prison was closed down in 1994. But one inmate stayed behind. Julio de Almeida was serving a 28-year sentence for murder, theft, and attempted escape but was released in 1994 for good behavior. He had nowhere to go and chose to stay at the prison, creating a unique home for himself.[4] 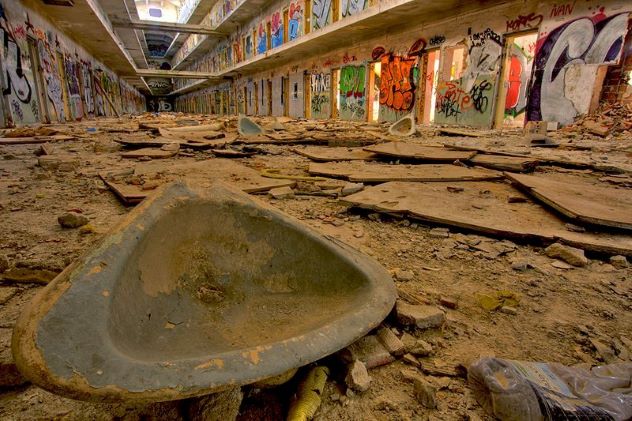 Carabanchel opened in Spain in 1944 and saw its busiest time during the Franco era. Political prisoners built the panopticon-designed building and knew full well that it was inescapable. The prison became known for brutal practices, and few of those imprisoned there left their cells alive. There were rumors of executions, abuse, and torture aimed at unionists, terrorists, and those who identified as gay.

The prison was decommissioned in 1998, and its 2,500 prisoners moved to other prisons. Shortly after, the building was looted, and all doors, railings, and metal were taken. After becoming a shelter for drug addicts, undocumented immigrants, and homeless people, the old prison was eventually torn down in 2008.[5] 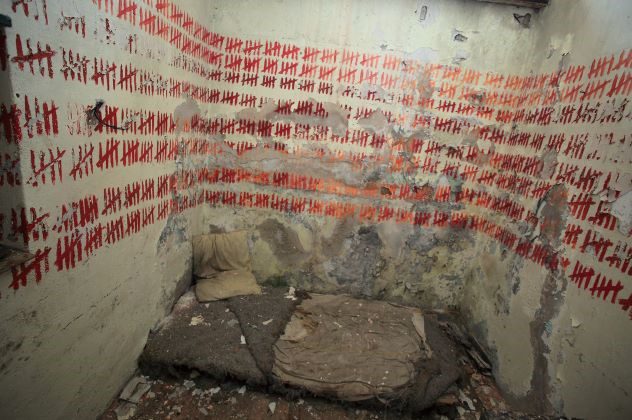 Goli Otok was a political prison built on an uninhabited island in Croatia when the country was part of former Yugoslavia. It operated between 1949 and 1989. The political prisoners held here included Stalinists and just about anyone who exhibited sympathy toward the Soviet Union. Inmates were forced into manual labor regardless of the weather on the island, which sometimes reached temperatures of 40°C (104°F). More than 400 prisoners were murdered, committed suicide, or died because of exposure to the harsh conditions.

When the prison was abandoned in 1989, it was left to rot. These days it serves as housing for shepherds and as a tourist attraction for those looking to find the ghosts of the prison’s turbulent past.[6] 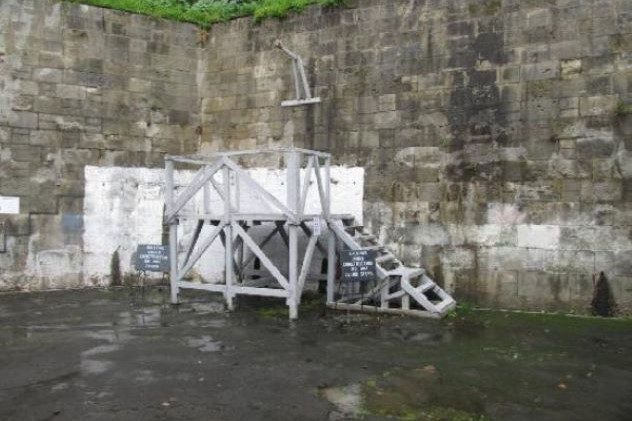 Napier Hill in New Zealand was the location of the Napier Prison between 1862 and 1993. It is the oldest prison complex in the country and the site of four hangings that occurred during the 19th century. The old prison hanging yard is depicted in this photograph.

The prison building was restored in 2002 and utilized as a backpacker. Currently, it offers the Escape Room Experience and Self-Guided Audio Tours, as well as the opportunity to get yourself locked up in solitary confinement or a padded cell before venturing into the hanging yard and visiting the graveyard.

Napier Prison is still considered to be one of the most haunted places in New Zealand, with many tourists reportedly seeing the ghost of the mass murderer Roland Edwards and experiencing ghostly occurrences such as disembodied faces floating before them and unexplained footsteps sounding in the dark.[7] The gothic-style West Virginia Penitentiary is still being used as a filming location for scary movies, and it also holds a museum. The prison was in operation between 1876 and 1995 and was constructed by the inmates. There was no rest for the prisoners here as they also had to work in a carpentry shop, paint shop, stone yard, blacksmith, bakery, and even a hospital within the prison grounds to help sustain the prison. The prison also received revenue from its very own farm and coal mine, which ended up saving the state around $14,000 a year.

While conditions were fair initially, it deteriorated to the extent that it became one of the most violent prisons in the U.S. A “designated” room within the prison known as “The Sugar Shack” was used for raping inmates, fighting, and gambling. In total, 36 murders took place within the walls of the prison. In 1983, Charles Manson filed a request to be moved to the West Virginia Penitentiary to be closer to his family. This request was denied.

At the end of its lifespan, the prison was overrun with riots and escapes. By the time it was abandoned, 94 executions had been carried out, adding to the ominous atmosphere inside the prison. Visitors can experience the prison cells for themselves during a guided visit and even stay overnight—should they wish to do so.[8] 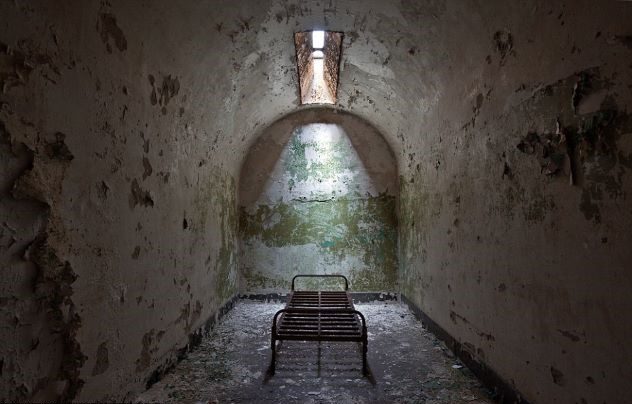 The Terrordome, as the Holmesburg Prison in Philadelphia was known, was decommissioned in 1995. During its heyday, however, it was the site of controversial pharmaceutical, biochemical, and dermatological testing on inmates. In 1938, 23 prisoners embarked on a hunger strike and were placed in an isolation cell. The cell, known as the Klondike, reached temperatures of nearly 93.3°C (200°F) because of radiators and steam pipes, which led to the deaths of four prisoners who were basically boiled alive.

In addition, there were several riots in the prison in the 1970s. In one instance, 100 prisoners armed with knives and table legs destroyed the dining hall and attacked their fellow inmates and guards. It is believed by many that poltergeists now inhabit the building and that the ghosts of dead inmates charge at you when you’re not paying attention while inside.[9] 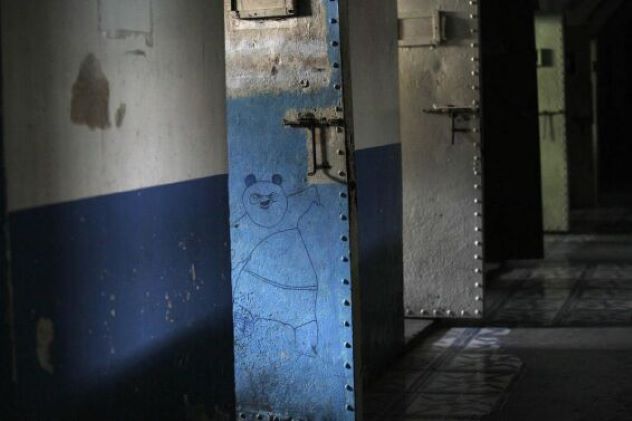 In its more than 140-year history, the Garcia Moreno Prison in Ecuador held both petty thieves as well as politicians and ex-presidents. It is also the place where a jealous prisoner strangled his wife to death in front of their two children. The prison was abandoned in 2014 when its 2,600 inmates were moved to other prisons. Garcia Moreno was designed to hold only 300 inmates, so to say it was grossly overcrowded is a massive understatement.

The prison is now a tourist attraction, its creepy murals and messages left behind by the inmates, open for all to see.[10]

10 Bizarre Theories That Suggest Shadow People Might Be Real

Chris Pratt Doesn't Go By 'Chris' And We're Shook: 'It's Not My Name'