10 Facts That Prove Memory Is Not What You Think 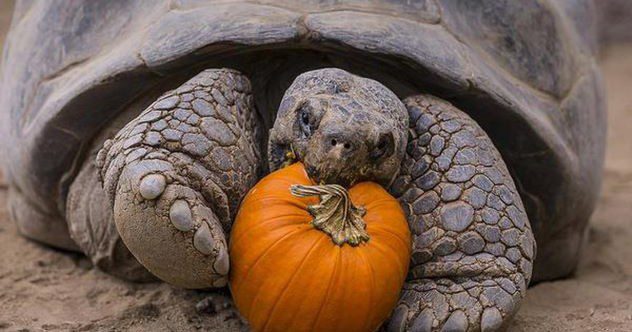 Memory seems simple enough. For most people, it’s the ability to create and retrieve memories or information. In reality, memory is a mysterious rabbit hole. It’s still not fully understood, especially in the natural world where strange forms of memory exist in chemical compounds and even rocks. There are anthills where memories outlast the ants, and some plants remember being dropped. These facts, and others, might just prove that memory is more amazing than we ever thought possible.

Related: 10 Weird Things You Did Not Know About Memory

10 Plants Remember When They Fall

A few years ago, evolutionary ecologist Monica Gagliano set out to prove that plants are more intelligent than we give them credit for. More specifically, she wanted to show that plants can learn and remember even though they have no brains. For her experiment, she chose the species Mimosa pudica, a plant that responds to touch by rapidly closing its leaves.

Gagliano created a custom shelf for the plants, one that would suddenly drop a few feet. At first, the plants reacted in a defensive manner and curled their leaves. But after a few drops, the plants seemed to realize there was no danger and stopped clamming up.

Gagliano halted the experiment for a month to give the plants enough time to “forget,” but they didn’t. When the shelf dropped again, none of the Mimosas closed up—a tantalizing sign that the plants remembered the falling shelf and that it was also a safe experience.[1]

For a long time, biologists believed that giant tortoises were about as intelligent as a cabbage. However, this misconception lost traction when two zoos tested Galapagos and Aldabra tortoises and discovered that the large reptiles were quick learners. After dangling food as a reward, the tortoises were given two tests. In one instance, they simply had to bite a ball on a stick to get a snack. In the second test, they were shown two balls, but in order to be fed, they had to bite the right color ball.

One zoo tested the animals one by one and got good results. The second zoo tested them in groups, and incredibly, these tortoises seemed to grasp what was expected of them by watching what their fellow tortoises did. Not only did this prove that these animals are capable of individual and social learning, but some of them even remembered to bite the correct color ball when they were tested again nine years later.[2]

8 This Compound Has Short-Term Memory Loss

In 2018, scientists tested a substance called vanadium dioxide (VO2). The compound was hiding a mystery. For some reason, VO2’s resting state made it an insulator, but when heated to above 154.4°F (68°C), it turned into a conductor. The study revealed why; VO2 has atoms that are capable of rearranging themselves. When heated, they adopt a pattern that turns the compound into a conductor. As it cools, the atoms relax back into their original positions and turn the material back into an insulator.

Remarkably, when researchers heated the VO2 a second time, the atoms behaved as if they remembered the experience of shifting between the two states. Although the discovery is groundbreaking—it’s the first material to behave in this way—VO2 won’t win any memory contests. It only seems to “remember” the shift for three hours after the fact.[3]

Our skin contains plenty of stem cells. When there is a cut or infection, stem cells rush to repair the skin, and they remember the experience. This “inflammation memory” is mostly a good thing. It helps stem cells respond faster the next time they sense a wound, which speeds up healing times.

However, when researchers looked more closely at the process, they realized that it could be the smoking gun pointing to a new suspect behind inflammatory skin disorders such as psoriasis. In the past, the blame was squarely placed on immune cells. But new studies revealed that the same memory that makes stem cells more effective can also go haywire. As the theory goes, when this happens, the cells hijack the skin’s inflammatory process, which might either cause psoriasis or make the condition worse.[4]

When a caterpillar turns into a moth or butterfly, the metamorphosis is one of the most drastic in nature. Can memory survive a process that rearranges a creature’s entire body? To find out, researchers knew they had to give the caterpillars an enduring memory—like a bad smell. Even better, a pong accompanied by pain. Soon enough, the caterpillars were exposed to light electric shocks accompanied by the smell of nail polish remover.

The caterpillars soon learned to avoid the odor, and remarkably, after they blossomed into moths, the memory and skittishness around the nail polish remover remained. This proved that moths, and probably butterflies too, can remember things from their caterpillar days even though their brains and nervous systems have undergone extensive reshuffling.[5]

5 Some Rocks Have Missing Memories

Rocks have a curious ability. They can align their magnetic bits with the Earth’s magnetic field. The manner in which these bits arrange themselves and settle down can act like a snapshot of the planet’s field. Aptly called “magnetic memory,” the effect on a rock is permanent, and it gives geologists a way to see how strong or weak the Earth’s field was a thousand or even millions of years ago.

But when researchers looked at the Devonian period (420 to 360 million years ago), they discovered that rocks from this era have no magnetic memory. What caused this worldwide blank? Thus far, the entire thing remains a compelling mystery. But a leading theory suggests that Earth’s magnetic field was so disastrously weak that it had no influence on magnetic particles inside stones.[6]

The human brain and ant colonies have a few things in common. They operate without central control, and both also use chemical signals to alter the behavior of important interacting parts. The latter include neurons in brains and ants in colonies.

Researchers were curious to know if ant colonies could also remember things like a brain. To clarify, not the ants. The colony. In other words, could ants behave in a way that suggests they remain affected by something originally experienced by their long-gone predecessors? Incredibly, it would appear so.

Experiments showed that when some nests suffered a disturbance, the ants changed their behavior. That’s not really unusual. But in some cases, subsequent generations of ants also adopted the new behavior even though they were unaware of the disturbance. In this manner, it would appear that a colony can remember a threat when individual ants no longer do.[7]

A few years ago, scientists fitted mosquitoes with tiny helmets. No, really. The hats monitored the brain activity of each mosquito to discover more about its memory processes. The study, which placed the insects in a flight simulator and exposed them to different human chemicals, revealed something interesting.

First, it proved that an old wives’ tale was true. Mosquitoes find the blood of some people “sweeter,” and they remember these hosts, often snacking on the same person more than once. The helmets also revealed that mosquitoes are far from dumb because they also remember people who swat at them. Once they recognize the smell of a defensive food source, some mosquitoes abandon the person even though their blood is of the “sweet” variety.[8]

Gamma-aminobutyric acid (GABA) is a molecule that can be found in humans and animals. It acts as a messenger of the nervous system, which includes the brain. Plants lack brains, and yet, they also have GABA. It helps them with memory-like processes during times of drought, something that surprised the researchers who stumbled upon the fact in 2021.

With plants, GABA works in a simple yet ingenious way to help them limit their water loss in times of drought. During the day, the molecules accumulate within the plant’s tissues. The drier the weather, the more GABA molecules cram into the fibers. The total amount of GABA then acts like a memory the next day. For example, a dense cluster will remind the plant that yesterday was dry. As a result, the plant protects its internal moisture reserve by not opening its leaf pores too widely.[9]

Slime molds don’t have brains or a nervous system. Despite these missing pieces, their “minds” are surprisingly sophisticated. Experts already knew that slime molds can learn things about their environment and even share these memories with their fellow slime balls. The question was how.

This riddle was cracked in 2019 when researchers noticed that members of one species, Physarum polycephalum, often fused their venous systems with each other. This suggested that individuals can “teach” other blobs by sharing information through their fused veins. But how do they learn something in the first place?

A test, which used salt as an obstacle to food, threw some light on the learning process. In essence, the blobs get their information by absorbing the item they’re investigating. In this case, they hoovered a little salt, realized it wasn’t dangerous, and vein-mailed their fellow blobs the good news.[10]

10 Leaders with the Shortest Time in Power