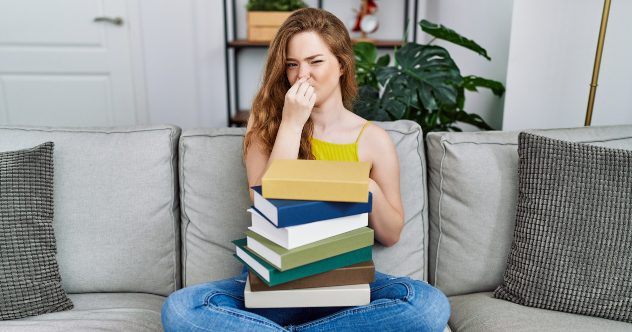 Writing a successful book is complicated! Even with hours (and years) of work, a book may not come out exactly right. Art is very subjective, after all. Therefore, many artists and authors experience great failures throughout their careers. This is true for even the most famous and successful writers of our time.

These failed books are due to hubris, lack of editing, disease, old age, and drug use. Some of them may have been doomed to failure from the start. To look on the bright side, all of these authors achieved enormous success, writing some of the most famous books of the last few centuries. However, that is not the focus of this article! Instead, we will look together at the greatest failures of ten famous writers. Keep reading to discover how these attempted epic tales ended up being epic fails.

One of the most famous novelists of our time, Stephen King, is known for Carrie, Pet Semetary, It, The Shining, Misery, The Green Mile, The Mist, and many, many more. He is often referred to as the King of Horror, though many of his stories also include science fiction elements.

The Tommyknockers is part science fiction, part horror, and widely considered his worst work. It was released in 1987 as his 22nd novel and the 17th written under his own name, rather than his pseudonym Richard Bachman. This book is widely considered to be absurd by critics. The basic premise involves a spaceship buried under a small town. The town slowly becomes corrupted by the ship’s remnants, and the citizens’ kitchen appliances eventually turn on them.

King himself reportedly called it “an awful book” and was doing cocaine throughout the writing process. During just over a year, King published four novels. Luckily for fans of the horror genre, it seems as though he learned from his mistakes, as he has written many classic (and well-received) books since.

9 Tom Wolfe: I Am Charlotte Simmons

The next book on our list is by the author Tom Wolfe (not to be confused with Thomas Wolfe). Tom Wolfe is known mostly for his two novels, The Right Stuff and A Man in Full. Both were celebrated by readers and critics alike.

I Am Charlotte Simmons was an award-winning book! However, it was not for the right reasons. I Am Charlotte Simmons won the Literary Review Bad Sex Award. Wolfe published this book in 2004 when he was 74 years old. That is hardly unusual, but what made it unusual is that his title character (Charlotte Simmons) was an 18-year-old woman. In the novel, Charlotte is starting college, and the story focuses mostly on her sexuality and experiences with it.

I Am Charlotte Simmons came across as out of touch and was not received well at the time, nor has it aged well. Clearly, this novel was Wolfe’s greatest failure as a writer.

You know a book is not up to par when the author says so themselves. Kurt Vonnegut is a well-known and respected novelist. Slapstick was his eighth novel, published in 1976. Not only did critics and readers not enjoy the book, but even Vonnegut was not a fan. He graded his books in 1981’s Palm Sunday and gave Slapstick a “D.” He said it “may be a very bad book. Everybody else writes lousy books, so why shouldn’t I?” Critics did not have kinder words for the book, The New York Times compared it to “a bowl of air.”

The book is the story of two twins with serious disabilities. The twins, Wilbur and Eliza, suddenly gain extraordinary intelligence when they touch their heads together. Overall, the novel is written about community and strangers, but the message does not come through. Instead, the novel is seen as clumsy, confusing, and possibly even ableist.

Vonnegut wrote many successful books before and after Slapstick, including Slaughterhouse-Five, Breakfast of Champions, Cat’s Cradle, and A Man Without a Country. I guess they can’t all be classics!

7 David Foster Wallace: The Broom of the System

David Foster Wallace is an iconic writer in many ways, particularly for his most famous novel, Infinite Jest. However, his first novel, The Broom of the System, did not necessarily hit the mark. Overall, the book is about language, identity, and meaning. It was released in 1987 when David Foster Wallace was only 24 years old. The novel is said to be confusing and convoluted. Perhaps it was a bit ambitious for his first work.

The Broom of the System takes place in 1990. It includes various storylines, such as the disappearance of the protagonist’s grandmother (along with 25 others) from a nursing home, a jealous boyfriend named Rick Vigorous, and a pet parrot named Vlad the Impaler, who has started saying very unusual things in unusual ways.

The novel was not a critical or commercial success as you might expect. David Foster Wallace went on to have a very successful writing career, including Infinite Jest, Consider the Lobster, and The Pale King, before his untimely death in 2008 at just 46.

According to her website, Agatha Christie is the best-selling novelist of all time and has been outsold only by Shakespeare and the Bible. She wrote over 60 detective novels and more than 80 books altogether. With that amount of production, they cannot all be perfect.

Elephants Can Remember is often cited as Christie’s biggest failure as a writer. Like most of her work, Elephants Can Remember is a detective novel. It features Hercule Poirot and Ariadne Oliver, recurring characters from her novels. Tellingly, this is the last novel to feature either character. Critics and reviewers were generally not fans of this work, citing inconsistencies within the text.

A study in 2009 looked at novels by Christie and analyzed word repetition and vocabulary (among other factors) she wrote between 28 and 82 years old. Ultimately, a study from the University of Toronto concluded that Christie might have had Alzheimer’s disease as she wrote the novel near the end of her life. Looking back, the title may have been a clue to her fading memory. Thankfully, she wrote plenty of other classics for us to enjoy.

The next book on our list is by another icon in women’s literature, Jane Austen. However, unlike Elephants Can Remember, Northanger Abbey was written by Austen when she was very young, around 23 years old. Northanger Abbey differs from Austen’s most famous works, Pride and Prejudice, Emma, Mansfield Park, and Sense and Sensibility.

Apparently, Northanger Abbey was intended to be a parody of gothic novels. As those novels are not commonly known today, the book misses the mark in a big way. Perhaps because it was written when the author was so young, Northanger Abbey is seen as somewhat indulgent, and the characters are hard to identify with.

Fortunately for all of us, Jane Austen grew significantly as a writer and wrote some extremely influential books.

4 Bram Stoker: The Lair of the White Worm

Bram Stoker may not be a familiar name to you. However, his most famous book is also one of the most famous of all time, Dracula. He did (obviously) write many other books, but none of them received even a fraction of the attention placed on Dracula.

Many of the books on our list are the author’s first works. However, this one, The Lair of the White Worm, was Stoker’s last. The book was published in 1911, and Stoker died from a series of strokes just a year later. It is widely theorized that Stoker suffered from illness during his last few years. Though undiagnosed, it is commonly believed that Stoker had syphilis, leading to mental illness. This can explain some of the problems with the book.

With a plot that is both confusing and derivative, it is easy to see why so many people think that Stoker was suffering from syphilis at the time. Reportedly, Stoker’s editor even had ghostwriters re-write entire sections, along with large edits.

His first novel, The Haunted Storm, was published in 1972 when Pullman was only 25 years old. The overall plot follows violence in a small village, which divides the community. It contains many spiritual themes and was not well-liked, even by the author himself. Reportedly, Pullman has asked that his biggest failure never be published again. Pullman has published more than 30 novels, all more successful than his first.

You may not know or remember Thomas Harris’s name. However, his most famous character is still very well known. Thomas Harris is the creator of the character Hannibal Lecter. He has written four books about Lecter, Red Dragon, The Silence of the Lambs, Hannibal, and Hannibal Rising. While not all of those have been praised, they have certainly been commercial successes.

Harris departed from his most well-known character to write another novel, Cari Mora, in 2019, ten years after his final Lecter book. The villain in Cari Mora (Hans-Peter Schneider) has several traits, including a propensity for liquifying his enemies. Still, the character did not attract readers or critics like Lecter did. Maybe it would be best for everyone for Harris to continue to tell tales of Lecter instead.

J.K. Rowling is perhaps the best-known author in the world. She is known for her Harry Potter series of seven books and the follow-up novels, Fantastic Beasts and Where to Find Them, Quidditch Through The Ages, The Tales of Beedle The Bard, and Harry Potter and The Cursed Child. There have been more than ten movies made based on her writing and the lore surrounding it.

However, in 2012, Rowling published a book that contained no dragons, broomsticks, or magic. It was called The Casual Vacancy and is generally seen as Rowling’s biggest flop. In a major departure from the beloved Harry Potter series, The Casual Vacancy is a murder mystery, complete with sexual encounters and violence. Critics (and audiences) were not generally fans of the book.

Many claim it is too long, dull, and boring. With the unprecedented success of the Harry Potter series, it is easy to see why fans were disappointed, but also easy to see why Rowling wanted to branch out and write something intended for an adult audience. Too bad it didn’t work out.

Joe Jonas Reveals He Uses Injectables: 'We Can Be Open And Honest About It'