Mummies are media darlings. Even so, some slip through the cracks and don’t make it big. But these forgotten ancients, or the lesser-known tales about bandaged celebrities, can still be immensely intriguing. Discover why mummies with headlice make scientists smile, meet the luckiest body in Pompeii, and marvel at the bizarre behavior of the living who are involved with mummies, including looters, collectors, and inept museum staff.

In 1860, an ancient Egyptian coffin arrived at the Nicholson Museum in Sydney. Unfortunately, someone mistakenly marked the coffin as “empty” except for unimportant mixed debris. This blooper caused the artifact to languish in the museum’s collection for almost 160 years. In 2017, the staff finally looked at the 2,500-year-old coffin.

Surprisingly, a CT scanner showed that the sarcophagus contained a mummy. The person’s skeleton was a mess and jumbled between bandages, beads, and other items. Hieroglyphics suggested that the bones belonged to a noblewoman called Mer-Neith-it-es. But since the coffin was purchased from an antiquities market in the 1850s, a time when it was common to fill a sarcophagus with any human remains, it remains debatable whether this is really Mer-Neith-it-es.[1] 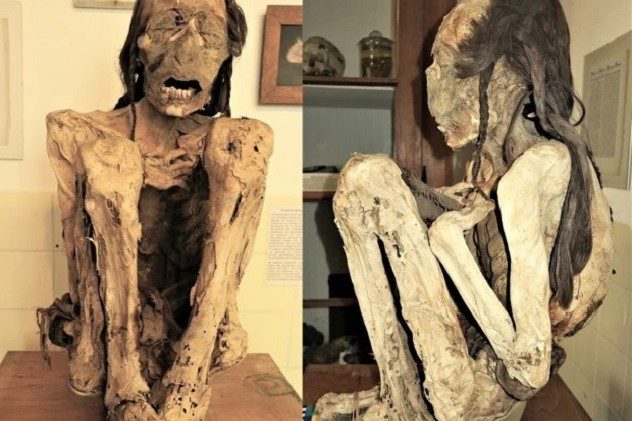 In ancient times, South America had its perks. Great architects created advanced cities that still confound us today with their precision and beauty. But violence was also a part of everyday life. A new study, which concluded in 2022, found that not even those who were sick could expect mercy once someone had murder on their mind.

During the investigation, a CT scanner buzzed a pre-Columbian mummy dating between 996 and 1147. It revealed that he had been brutally murdered. The twenty-something had a severe case of tuberculosis, but despite being obviously ill, someone had bobbed him on the head (quite hard) and also stabbed him in the back.

Illness wasn’t the only thing stacked against the victim. Researchers believe that he was possibly cornered by two attackers on that fateful day.[2]

In 2021, headlice finally got their moment in the sun. Well, at least in the laboratory. Researchers discovered the glue that female lice use to fix their eggs to a person’s hair can sometimes preserve human skin cells. In this case, the lice gum was between 1,500 and 2,000 years old and was found on mummies from San Juan in Argentina, Chile, and Amazonian Ecuador.

The glue contained cells from the hosts’ scalps, and surprisingly, the cells were not only well-preserved but also yielded more DNA than other common methods of extraction. While the low position of the gum on the hair shaft showed that some of the people died in very cold conditions, the DNA revealed the gender of each mummy and, remarkably, some of their migration patterns.

Thanks to their nits, researchers discovered that San Juan’s first inhabitants originally came from the North Amazonian plains. As a bonus, the cells also contained the oldest example of Merkel cell Polyomavirus, a virus that sometimes causes skin cancer.[3]

7 The Head in the Attic

When an unnamed man recently passed away, his brother inherited a house in Kent, England. While clearing out the property, the brother made a grisly find. There was a mummified head in the attic. The body was nowhere in sight (and was never found), but the noggin was turned over to scientists who identified it as belonging to an ancient Egyptian mummy.

But who was missing a head, and how did an Egyptian relic end up in a Kent attic? A CT scan provided a few clues about the deceased. The head belonged to an adult woman with worn teeth who died nearly 2,000 years ago.

Bizarrely, tubes made with unknown materials were discovered in her left nostril and spinal canal. It remains to be seen whether the tubes are ancient or modern additions. Even more mysterious, nobody knows who brought her to England except that the Kent homeowner got the woman’s head from someone called “Dr. Coates.”[4] 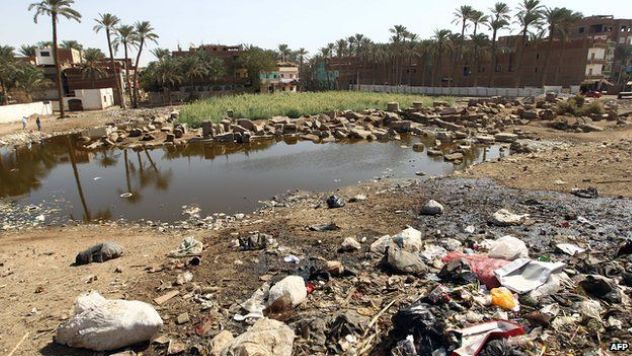 Tomb robbing remains a problem in Egypt. One way the authorities protect the graves is to impose strict laws and punishment. But such measures can backfire. Nobody wants to be caught holding the mummy after looting a tomb. In 2015, news reached the police that a couple of mummies had appeared rather suspiciously near a village in Minya. The moment the cops laid eyes on the artifacts wasn’t pretty. The coffins were drifting in a sewage canal.

Unsurprisingly, nobody came forward. But it’s easy to imagine how the mummies ended up in such an unsavory condition. Tomb raiders probably found a grave, pocketed smaller valuable items, and tried to escape with the coffins. But after finding them too cumbersome, the bodies were dumped.

After the rescue, the mummies were found to be badly disintegrated due to water damage, but despite their deplorable condition, they weren’t thrown away a second time. Instead, the bodies were taken to a museum for restoration and research.[5]

Marcus Secundio was a lucky man in life and death. Regarding the latter, he was a Pompeii resident spared the horrors of the famous eruption because he had passed away a few years earlier. So when archaeologists discovered his tomb—and stunningly preserved mummy—outside the city, they encountered a life that went from zero to hero.

Inscriptions revealed that Marcus was a former slave. Once freed, he climbed the social ladder and became a wealthy priest. The mention that he spoke both Latin and Greek became the first proof that Greek sermons were held in the Italian city of Pompeii. Marcus also married and eventually passed away in his 60s.

But a few mysteries remain. During his lifetime, cremation was the most popular way to give the dead a sendoff. Why was Marcus’s burial different? Researchers also hope to understand how he was mummified because nearly 2,000 years on, his body remains unusually preserved.[6]

4 The Mummy with Four Feet

In 2000, the Burke Museum of Natural History and Culture in Seattle, Washington, decided to restore its Egyptian mummy. Affectionately called “Nellie,” she dated between 305 and 34 BC. The first step was to gauge the degree of restoration necessary, which called for a CT scan.

The staff expected to see images of bones and tissues. But Nellie’s insides were a shocking mess of missing bones, chicken wire, sponge, and fake body parts. These additions were traced back to a disastrous attempt in the 1960s to give the mummy a better shape.

The previous researchers removed most of Nellie’s own bones and then rounded the upper body with wire and sponge, something that caused a lot of damage. But perhaps the most bizarre decision was to remove her feet (these were later found in the museum) and replace them with a foot that belonged to another mummy and a plaster cast of that same foot.[7]

Ötzi is a mummified superstar. After he was discovered in the Italian Alps in 1991, the 5,300-year-old murder victim became more famous with each bit of information scientists teased from his body. Today, those who follow his story know all about his medical conditions, tattoos, what he ate last, what he wore, and the wounds that ultimately claimed his life.

In 2013, scientists decided to look for his living relatives. They turned to blood donors in Austria. However, these donors didn’t specifically submit their vein juice to discover if they were related to one of the most famous mummies in existence. They were just blood donors, and their DNA was readily available.

This blood bank produced 19 men with the same ancestors as Ötzi. They may not be the only ones, either. There is a chance that more living relatives might exist in regions near the Swiss and Italian Alps.[8]

In 2021, archaeologists discovered another first—a pregnant mummy. Nicknamed the “Mysterious Lady,” she died about 2,000 years ago in Egypt. Tragically, the woman was also between six and seven months pregnant at the time of her death.

Despite the sad circumstances, the scientists were agog. Sure, an expecting mummy is rare, but that wasn’t the reason why jaws dropped. The surprising part was how the fetus had been preserved. For the lack of a better phrase, the researchers described the process as being similar to that of pickling an egg.

In short, when an egg is kept in an acidic liquid, the shell dissolves, but the rest is preserved. The baby was also exposed to an acidic environment. After death, the mother’s blood pH became more acidic, and the embalmers also used natron, a salt mixture that increased acid levels. This preserved the baby along with a mystery. Why were the fetus and womb left intact when the mummification procedure called for the removal of all organs?[9]

We’ve all heard the horror stories. A patient wakes up after surgery only to discover that the doctor has forgotten a scalpel or clamp inside them. Apparently, this type of medical mishap is not new. In 2008, a scanner detected a forgotten tool in someone’s skull, but this was not a modern individual. Instead, the body belonged to a 2,400-year-old woman from ancient Egypt.

The Croatian museum where she was kept didn’t know much about her, except that she died in her 40s. In 2008, a CT scan meant to discover more about her life instead found the embalming mishap. The scientists were delighted. It’s extremely difficult to identify embalming instruments, and finding one lodged inside a mummy’s skull was almost like a neon sign saying, “This is a brain removal tool!” The rare artifact measured 3 inches (8 centimeters) long, had a tubular shape, and was made of wood.

The embalmers might’ve been aware of the situation. Instead of not noticing that the tool was gone, the tube might’ve broken off during the procedure, and feeling that recovery would be too bothersome, they simply abandoned it. After all, who would ever find out…?[10]

Drew Barrymore Says She Can Go ‘Years’ Without Sex: ‘What’s Wrong With Me?’