10 Films Believed to Be Cursed 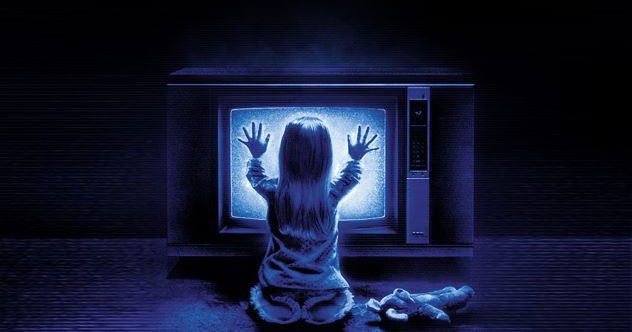 Even if you’re prone to superstition, you might find the idea of a cursed film laughable. Yet some productions have been so wrought with bad luck it has seemed like the only logical explanation to some. But whether or not you are a believer, you might want to count yourself lucky for not being involved in the following ten movies.

The 1973 horror classic The Exorcist caused quite a stir amongst cinemagoers upon release based on its merits alone. But the strange incidents surrounding the film, including several on-set injuries, a fire, a motorcycle accident, and a lightning strike on a church, have also led to many labeling it as cursed.

People have also linked the film to several deaths, the most notable being that of actors Jack MacGowran and Vasiliki Maliaros, who both passed away before the film hit the big screen. In addition, several cast members would also report losing family members around the time of the film’s shooting.[1]

This 1955 coming-of-age drama explored the so-called moral decay of America’s youth. However, there was seemingly just as much delinquency behind the scenes of Rebel Without a Cause as anything that made it to the screen, including a real-life fight between acting hopefuls perpetrated by the director Nicholas Ray and a love triangle between Ray, Natalie Wood, and William Hooper.

However, rumors of a curse linked to this film didn’t spring up due to shenanigans, but tragedy, with each of the movie’s three leads suffering an early grave. First, James Dean passed away at 24 due to a car crash only weeks before the film arrived in theaters. Then, years later, a 37-year-old Sal Mineo was murdered outside his apartment, and Natalie Wood mysteriously drowned in the waters off Santa Catalina Island at 43. Also, supporting actor Nick Adams who went on to achieve a degree of fame, died young due to a drug overdose.[2]

The Crow was to be the launching pad for the career of Brandon Lee, Bruce Lee’s son. But unfortunately, the film would be his last, following a now infamous fatal accident on set, which saw Lee shot by a real bullet instead of a blank. However, while Lee’s death was the most tragic event linked with the film, it was not the only bad luck the cast and crew suffered.

Things arguably started to go wrong after the pre-production crew received an anonymous voicemail telling them not to make the film because ‘bad things would happen.’ Sure enough, on the first day of shooting, a crew member suffered severe burns and later lost his ears when his crane hit a power line. Then the “Storm of the Century” hit the southeastern U.S., causing complications, delays, discontent, and sickness for the cast and crew. All in all, the fact the movie made it to the screen is perhaps nothing short of a minor miracle.[3]

If this list is going to teach you anything, it is that horror films are seemingly the most susceptible to apparent curses. And here we don’t just have one classic of the genre, but a whole trilogy that people claim to be cursed. And again, a series of deaths, two of which were unexpected, in this case, involving no less than four cast members, lies at the heart of the matter.

Dominique Dunne, who portrayed Dana Freeling, was the first to meet a tragic fate after her former partner murdered her on her driveway in 1982. Then, Julian Beck, who played the evil preacher Kane in Poltergeist II, took his own life in 1983 after a long battle with stomach cancer. Next, Will Sampson, who played the Native American shaman Taylor, passed away during surgery in ’87. Finally, Heather O’Rourke, who played Carol Anne, the focal point of the Poltergeist series, tragically passed away at the age of twelve from an intestinal abnormality.[4]

There’s no denying that The Wizard of Oz will live on as a landmark moment in cinema history. But despite its commercial success, some believe the film is cursed, due to the number of serious accidents that occurred on set, from an exploding broomstick injuring a stunt double to broken wires causing the actors playing the winged monkeys to come crashing to the ground.

Elsewhere, Margeret Hamilton, who played the Wicked Witch, experienced second and third-degree burns to her face and hands after fire used for special effects caught on to her. Meanwhile, Buddy Ebsen, the original tin man, suffered poisoning due to costume designers using pure aluminum dust to create his makeup. And that scene where Dorothy and her friends fall asleep while snow falls from the sky? That was mineral asbestos falling on the actors.

According to Judy Garland, who played Dorothy and later struggled with depression and substance abuse, there was plenty of mental and psychological abuse on and off the set too. And then there are the urban legends, such as the false claim that a munchkin hanged himself during filming. But in reality, the curse behind The Wizard of Oz was nothing supernatural but a combination of neglect and ignorance on the studio’s part.[5]

This horror classic tells the story of a couple who adopt a child that, as it turns out, might be the son of the Devil. But while it is beloved by some, some would argue that making a film about such a story was tempting fate. And they might have the evidence to back this up.

The bad luck began a month before filming commenced when lead star Gregory Peck’s son ended his own life. Later, when Peck was heading to London for the film, his plane was struck by lighting. Amazingly, the same thing happened to executive producer Mace Neufeld only a week later. And that wouldn’t be the only aviation problem, as a plane that many of the crew were originally meant to board ended up crashing.

Other events connected to the film include the director’s hotel being bombed by the IRA, lions killing a zookeeper in a safari park the day after footage for The Omen was shot there, and a rottweiler attacking a stunt performer. However, perhaps the most shocking incident allegedly connected to the curse would occur to special effects director John Richardson and his assistant Liz Moore when they were involved in a car crash. John, the man behind The Omen’s infamous decapitation scene, survived. Unfortunately, however, his assistant was herself decapitated.[6]

Another film that plays upon the concept of an (in this case, unborn) antichrist and is supposedly cursed is Rosemary’s Baby. And rumors of said curse arguably began with the murder of director Roman Polanski’s wife, Sharon Tate, at the hands of the Manson family in 1969. Her murder followed the death of composer Krzysztof Komeda, who suffered a tragic fall from a rock encampment. Years later, John Lennon was shot outside of the Dakota, where Rosemary’s Baby was filmed, which some have also attributed to the curse.

Beyond these deaths, others have linked the film’s “curse” to the downward spiral of those involved backstage. For some, such as producer William Castle and original novelist Ira Levin, the stress of being involved with such a controversial film wreaked havoc on their personal lives and mental health. Elsewhere, producer Robert Evans was not only convicted of cocaine trafficking but became linked to the high-profile murder of Roy Radin. And then, of course, there is Polanski’s fall from grace that, in the wake of his wife’s murder, saw him indulge in substance abuse and become linked to multiple acts of depravity.[7]

The superman curse is a hex so strong that it seemingly cursed an entire franchise. And if we’re going by the number of people affected, it’s clearly one of the most potent. The Superman curse has, if believed, been proven liable to jinx anyone even remotely involved in the Superman movies, from backstage staff to actors to producers. However, if one particular group is at high risk, it is the actors who play the title character.

The curse seemingly began with the first live-action Superman, Kirk Alyn, who struggled to find work after taking on the role. Then George Reeves, who portrayed the capped hero in the 1951 film, died just days before he was set to be married. Next, Lee Quigley, who played the baby Superman in the 1978 film, died of a heart attack at fourteen. And Christopher Reeves became the most high-profile victim of the alleged curse following a horse-riding accident that left him paralyzed.[8]

Now for a film so cursed that it never got made. Based on the book The Incomparable Atuk, Atuk tells a “fish out of water” story about an Inuit living in New York. But whenever someone tries to make the film, they keep running into the same problem: the actor tipped for the lead role suddenly dies.

John Belushi was the first name to be attached to the movie before dying due to drug intoxication, with the script lying on his coffee table. Sam Kinison actually made it on to set to play the lead before production was shut down. He later died tragically when a drunk driver hit his car. Next, John Candy got hold of the script and showed interest before dying of a supposed heart attack. Finally, Chris Farley showed an interest before dying after a four-day, drug-fueled bender at 33.[9]

1 A Confederacy of Dunces

A Confederacy of Dunces seems to be suffering from the same curse behind Atuk. It’s another movie based on a book that tragedy and bad luck have prevented from being made. First, John Belushi signed up to play the lead role before dying of a drug overdose. Then John Candy and Chris Farley suffered the same fate.

A version of the film set for release in 2005, starring Will Ferrell, was moving ahead nicely. But while Ferrell survived the alleged curse, the production didn’t. Not only was one of the film’s financers murdered by her husband, but Hurricane Katrina rolled in to destroy many of the film’s needed locations.[10]