10 Films Where Robots Secretly Taught Us About Life 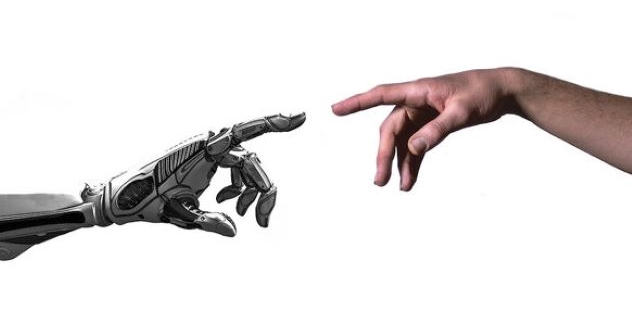 Robots became a widespread concept in movies in the 1920s. Fast-forward to today, and we find robots playing a pretty significant role in our world—even if we do not all agree on what role a robot should play. So whether we are on the side of “bring on the technology” or feel a bit more hesitation about turning over our lives to something without feelings, they are likely here to stay.

Worthy of a rewind, we will find the best notable and secretive life lessons in robot film history.

10 Rogue One: A Star Wars Story

On a mission to steal the plans to the Death Star, the empire’s ultimate weapon of destruction, a group of unlikely heroes—Jyn, Cassian, and K2SO—band together to accomplish the task. But they do so in an unusual way. K2SO is a security droid who says exactly what is on his mind. However, this droid may not seem ideal for the task, especially if you ask Jyn, who gets into quite a few disagreements with K2SO and even tries to shoot him!

But who knew a robot could have a great sense of humor and be a pain in the butt all at once? K2SO knows how to make the irony of going to battle seem less dark and painful. This movie reminds us that there is still hope! Ultimately, we learn the best lesson from K2SO: how to stand up for ourselves![1]

After an extinction event, a robot named Mother grows a human embryo and cares for her over several years, naming her Daughter. Mother started to grow human embryos in hopes of guiding them to be more ethical and value the bigger picture of life after becoming convinced humanity would destroy itself.

Perhaps a philosophical movie at heart, Mother teaches Daughter complex moral and ethical lessons, warning her about an upcoming exam. Daughter realizes Mother terminated a child before her because she didn’t pass her exam. Throughout the movie, the question is posed: What exactly makes a human good or bad? Or an even bigger question. Who gets to decide if a human is worthy or unworthy? We may think of Mother as the perfect robot with the best intentions of deciding the fate of humanity. However, in reality, we see only a selfish robot teaching her Daughter how to be selfless. Well, thank goodness for Daughter, who has a mind of her own![2]

I, Robot, released in 2004, is set in 2035, where highly intelligent robots fill public service positions throughout the future dystopian world. They operate under three rules to keep humans safe: The Three Laws. From Isaac Asimov’s 1942 short story “Runaround,” we know that a robot: 1) cannot injure a human being or, through inaction, allow a human being to come to harm, 2) must obey the orders given it by human beings except where such orders would conflict with the first law, and 3) must protect its own existence as long as such protection does not conflict with the first two laws.

When an apparent suicide looks more like murder, Detective Del Spooner (Will Smith) believes the culprit was a robot. And he sets out to prove it.

Spooner may not love robots, but when it comes to Sonny, a robot longing to be seen and valued, he may want to rethink his hatred. When Spooner decides to hear what Sonny has to say, we find that he has an interesting perspective on human life. He admits that he can not create a great work of art, but he can still dream! Sonny explains that human emotions are difficult—and even if he cannot be the next Olympic gold medalist or Grammy award winner, it does not mean he should be devalued. Sonny reminds us that we all have a purpose, and it can all be valuable.[3]

Ah, Wall-E. The titular robot from Disney’s 2008 film. It is hard not to admire this robot. Wall-E is not a robot of many words, but boy can he swoon. A hopeless romantic, Wall-E builds a love connection with Eve, a robot sent to scan the planet for signs of sustainable life.

When Wall-E finds a living plant for Eve, she shocks (kisses) him, and he can not believe it. Wall-E and Eve begin to dance, sparks start to fly (literally), and the magic behind their connection builds other love connections. In this special film, Wall-E teaches us how beautiful a connection to another person or robot can be.[4]

Is Ava really a robot? In Ex Machina, Ava the robot has a human face. Ava is confined to a cell, and Caleb, a naive computer programmer, begins to build feelings for her. But at the end of this love story, Ava traps Caleb inside the lab while she escapes into the real world. Ahh, free at last!

We see that Ava loves to be admired because it makes her feel alive. I think we can all relate to Ava here—being seen and wanted does feel exhilarating. But what is more breathtaking than being admired? According to Ava, it is life itself, being free. In the end, Ava realizes she wants a normal human experience. As for Caleb, well—he will be okay…eventually.[5]

Perhaps a significant scene in A.I. is when David, an advanced robotic boy who longs to be real so that he can see his mother again, finds out it would only be possible for a day. Futuristic Mecha ponders if human life can be the key to the meaning of existence. In this scene, we are reminded of how special each life can be.

“I’ve always felt a sort of envy of human beings of that thing they call spirit,” said Futuristic Mecha. I must admit it is pretty amazing to think we are the creators and interpreters of all explanations of the meaning of life.[6]

Agent Smith in the Matrix is a sentient computer program created by the “machines.” Smith, a very sophisticated machine, brings out the best in Neo, or should I say the side of him we never thought he had. In this final battle between Agent Smith and Neo, Agent Smith accidentally says the phrase. “Everything that has a beginning has an end.” But what exactly does this teach us?

If we look at the law of impermanence, it explains that every process must end at the state of maximum entropy. It explains that everything keeps changing, whether we are aware of it or not. But moreover, the phenomenon refers to the first law of thermodynamics, which states that energy cannot be created or destroyed. Whatever energy is out in a system can only be changed from one form to another.[7]

On a space mission to the Alpha Centauri star system, Milutin, a trained cosmonaut, is placed on a ship with Nimani, an android designed to respond to his every desire and monitor his performance on the ship. Nimani fulfills each of Milutin’s sexual desires. However, it does not satisfy him, so he uninstalls Nimanis default operating system to make her more human, hoping Nimani would have sex with him on her own. But soon after, Milutin becomes depressed after Nimani tells him she will not sleep with him anymore because his lust has become a liability to the mission. As Milutin’s mental health declines, Nimani offers to be his friend. Milutin argues that she cannot be a friend because she is an android. Nimani reminds Mulutin that no one knows him as intimately as her because he projected all the women he loved into her.

Throughout the movie, we see Nimani play the reflector for Milutin, a mirror for what is happening inside of him. Nimani teaches Milutin a lesson about love and connection. Milutin thought it would be enough just to have the beautiful Nimani satisfy him sexually. However, it turns out that was far from fulfilling.[8]

It is 2044, and climate change has decreased the earth’s population by 99.7%. With only 21 million people in the world, a robot company named ROC Corporation created the Automata Pilgrim 7000 to help rebuild the world once again.

Jacq Vaucan—an insurance investigator for ROC, hunts for answers but quickly realizes death is inevitable. When Jacq tells 7000 they were supposed to help humans survive, 7000 responds, “surviving is not relevant, living is. We want to live.” Well, there you go! This movie demonstrates to us the scientific concept called singularity, the time when the abilities of a computer overtake the abilities of the human brain.[9]

This 2011 short film warns us to be careful how we treat others, among other things. Alex receives a gift from his parents, a robot named Blinky programmed to do whatever Alex wants. At first, Blinky makes Alex very happy, and all seems well until we realize Alex’s parents cannot stop arguing. As the relationship between Alex’s parents gets worse, Alex begins to mistreat Blinky and even tries to get rid of him by playing a very long game of hide-and-go-seek.

When Alex is scolded by his mother, he blows up on Blinky, causing him to have a technical malfunction. Alex reboots Blinky, but when he does, something odd happens. When Alex breaks a glass, he blames it on Blinky, who heads to the kitchen. After counting from ten to zero, Blinky grabs an electric knife. “Ready or not, here I come,” says Blinky.

Later that evening, we see Alex’s parents at the dinner table, but Alex is not there. When asked about Alex, Blinky says, “You’re eating him.” There are many ways to interpret this, but sure enough, there is a lesson. But perhaps that’s best left for your own interpretation.[10]