10 Funniest Commercials That Were Banned from TV 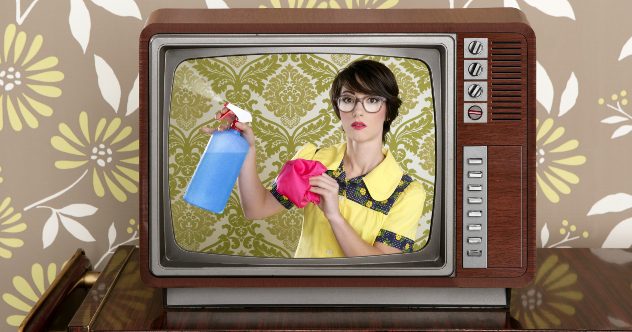 The world of advertising is wildly competitive for your attention. Most people despise ads and prefer to skip or mute them if they can (thank goodness for ad-free streaming TV!).

The first thing a commercial has to do is grab your attention, and advertisers will do nearly anything to do so. Sometimes these stunts go a little too far, and the commercials only air for a short time in the public eye before they are removed for one reason or another. But hey, by the time they’re banned, they’ve already snagged enough attention to see a rise in sales, so making the most effective ad you can is always worth it.

Here are just ten (or more?) examples of hilarious ads that went out in a blaze of glory.

[WARNING: Some of these commercials were banned for a good reason, as they are NSFW!]

Give this poor guy a break! Of course, darts is a real sport with real teams and sponsors… it’s just too bad this “athlete” with the weird warmup ritual is no good at it.

I imagine this one was banned for slandering the grand sport of dart throwing. Either that or depicting violence on an innocent bystander—that dart to the chest can’t have felt good, and it was probably too shocking for TV.

By the way, I have never heard of Zoosk before. In a world before smartphone apps, they must have gone under pretty quickly.

This is one of those ads where it’s impossible to guess the product they’re selling until the very end. Dog treats? Flea treatment? Therapy for dogs? Even when the car stopped, I assumed it was selling its automatic braking safety system, but I should have known better—this ad is way older than any modern car braking system these days.

This ad was probably banned for its dark depiction of attempted suicide. We don’t want to give people going through similar tragedies any ideas. And we get enough dead dogs from sad movies; we don’t need that in our commercials too!

I don’t know how much sense it makes to sell a car with only one door on the driver’s side, but this ad makes a compelling case. On the other hand, it also makes it much easier to trap people inside the car in the event of other much more dangerous situations, like, I don’t know… any car accident. Maybe it would be easier just to teach people to watch where they’re going.

Like the commercial with the dart thrower, this ad was probably banned for its violent, pedestrian-smashing content, even if one of them was a CGI Grim Reaper (who apparently likes to stalk Uber rides?)

After this ad began to air, I wonder how many times Scotland’s OBGYNs heard jokes about trying to lure the baby out with IRN-BRU.

“I’m afraid there have been some complications with the delivery; we may have to consider a cesarean section.”

“Aye, I’m sure it’s fine, doc—maybe we should try a bit o’ that IRN-BRU like in the commercial, eh? Hehe”

“Sir, this is very serious.”

It probably got old pretty fast. Also, there’s a joke somewhere about Macbeth versus Macduff, but I lost the thread.

Anyway, this ad was either banned for cutting it very close with baby-birthing nudity or stopping giving ideas to new parents—do NOT give your newborn (or fetus, for that matter) a can of IRN-BRU!

Coca-Cola vs. Pepsi is a classic rivalry, and this ad really heightened the tension. But is Pepsi so much better than Coke that you’d pay for three cans of soda and leave two behind? That was an outlandish stretch, but Pepsi’s marketing team was bold enough to reach for it. Ultimately, it doesn’t matter, as both colas taste like expired battery acid, in my opinion.

The reasons behind this commercial’s ban are troublesome. Some vocal critics pointed out that the ad is an unfavorable depiction of poverty in some less fortunate countries, and the boy’s questionable spending habits only reinforce it.

You can always rely on beer commercials to be crass. In this case, it was too crass for most television audiences. But if I were a kid and I saw this ad, I probably wouldn’t get it. I would have immediately thought of the intended meaning: the metal can that most drinks come in. Duh! Also, beer is gross. Especially lime-flavored beer. Yech!

That’s why I prefer the much funnier, way smarter, and not banned K-Mart ad, where they talk about how they shipped their pants. I would have laughed my “can” off at this ad as a child, did laugh as a teen, and still do today.

4 Doritos Are Sexy, I Guess?

When you hear “banned commercial,” the first one in this video is likely the one that most think of. It seemed to be everywhere on TV while it aired. This ad and thousands of others use a classic advertising technique called “sex appeal”—throw attractive women (sometimes men) on the screen to draw attention, then convey the idea that using/consuming this product makes you the most attractive being on the planet—which apparently includes having gross Doritos dust all over your fingers, face, and clothes. Sex appeal doesn’t make any sense, but it’s proven so effective that it doesn’t have to!

As for why this particular ad that used sex appeal was banned, we can probably blame the Dorito crumbs poured all over the man’s crotch and the implications of such. Good grief, she licked a complete stranger’s face the first time they met, and he wanted to skip to… well, you know. It was a bit extreme. At least take her to dinner first!

This ad uses some simple comedy to hook its audience. Getting former President Clinton to spin around and raise his arms into the air isn’t the highest form of art, but it grabbed your attention long enough to sell insurance. Although, I’m not sure how much of their audience needed this specific kind of insurance. How many people own museums with priceless artifacts? Whoever they are, I’m sure they know better than to leave stuff like that out in the open rather than protect them behind a glass case.

This ad was probably banned for its less-than-favorable depiction of old tribal artifacts and what they’re used for, as well as implied violence against the president of the United States. Say what you want about Clinton, but no one deserves a metal spike up their… saxophone.

What a happy family, bobbing their heads to the beat of one of those popular American pop songs! There’s no way such an upbeat tempo and rhythm could accompany such awful lyrics, right? I especially like the two kids in the back, innocently smiling at each other as they listen to the song.

The clear language gap is the crux of this ad’s effect, as well as why it was banned. It must have left non-English speakers scratching their heads—what did a family getting into a car have to do with learning a new language? (And what was that fun song?)

As for English speakers, well… it’s shocking content, to say the least. These lyrics would push a movie into an R rating, let alone get a commercial kicked off public broadcasting.

1 Zazoo One for Two

Talk about effective! This ad uses the spectacle of a kid throwing a tantrum in a grocery store, a very real situation many of us have witnessed—either secondhand or with our own kids. The melodrama draws us in, and then BAM hits us with the product that would most effectively prevent this embarrassing situation. Not a pacifier, toy, or even whatever the sweets the kid wanted, the thing that would prevent the kid in the first place!

As for why this ad was banned, I’m not sure. It could be because some prudent critics out there wanted the ad removed. That would certainly be a dramatic reason, but I think there’s an easier answer. We like this ad decades after it aired because we only need to watch and hear it once, but could you imagine it coming on the air every ten minutes or so? A screaming kid is not something we want to hear that often.

I’ll admit it; this ad wasn’t banned—as long as it aired for Japanese audiences, anyway. Censorship is a little different over there, so they’re okay with a little (or a LOT) of blood. Anyway, I wanted to share this ad because it is peak comedy, and I love it. The fire, the practical effects, the unusual situation, the tea kettle sound, the clever payoff, and even the last little squeeze at the end—it’s all gold.