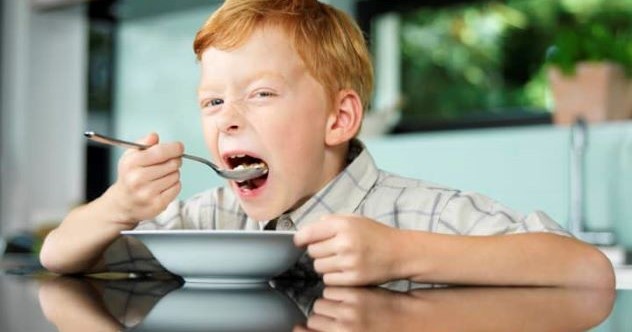 The period between the 1980s and 2000s was considered the golden age for breakfast cereals. It was during this time that companies produced endless varieties, shapes, colors, and especially some questionable flavors. Whether you preferred something sweet, healthy, or anything in between, there was something for everyone.

We all have our favorite cereals (ahem… Peanut Butter Captain Crunch), but this category is full of cereal you purchase once and never try again. Here are ten of the grossest cereal flavors that got canceled.

In 1986, General Mills decided that if parents could serve their children cookies for breakfast, they might as well serve them ice cream. So, what did they do? They created ice cream cone cereal that was nothing short of gross. The breakfast food came in two flavors: chocolate and chocolate chip.

It’s fair to say these cereals didn’t live long enough to see the light of day. They were discontinued the same year they debuted. Parents couldn’t stand the idea of serving their children ice cream for breakfast. What seemed like a great idea from the start turned out to be a miscalculated move.

There were plans to bring the ice cream cones back in 2003, but that also failed. Today, we can only remember Ice Cream Cones as one of the grossest cereals that melted before consumers ate it.

The classic Fruity Pebbles and Cocoa Pebbles are a true staple in many homes. But, thankfully, Cupcake Pebbles bit the dust. Popular between 2010 and 2011, Cupcake Pebbles came in boxes scripted with words sweeter than the cereals themselves. “Good old wholesome sweetened rice cereal with artificial flavor.” Yikes! If you’re going to inadvertently sell artificial flavors, you don’t advertise them.

Cupcake Pebbles were so bad that even Barney and Fred weren’t touching them. Their kids, Bamm-Bamm and Pebbles, were the chosen cereal box character reps. It doesn’t matter if you loved or hated this cereal. There’s one thing we can agree on—that slogan is just poor marketing.

The first few months after its release saw tremendous sales with the inclusion of a plastic Batman collectible bank. Children everywhere nagged their parents to buy them the Dark Knight’s breakfast cereal, and they did.

However, the cereal’s “greatness” started and ended with its shape. It turns out that the “natural honey nut flavor” described on the box couldn’t convince consumers. They tasted nothing like their overhyped commercial promises, which prompted a backlash that led to its cancellation in 1990.

I guess you just can’t beat the Honey Nut Cheerios invented back in the ’70s.

Speaking of the ’70s, the Nickelodeon channel started late in this decade as well. Still, it wasn’t until the early ’80s that it hit the ground running. One of the shows aired on the network was You Can’t Do That on Television. Here, participants would participate in trivia, and whenever someone mentioned the word “water,” they would have water poured on their heads.

Here is where it gets interesting, whenever someone said “I don’t know,” they would have slime poured on their head. Despite being a simple gimmick, the challenge was exciting since nobody in the show was immune to it.

There was just one problem: the cereal was nothing close to the show’s success that inspired it. Besides the awful taste, the smell and color alone were just about how you’d imagine slime. Not very appetizing. It wasn’t long before Nickelodeon’s cereal was off the shelves to pave the way for other healthier, sweeter, and less disgusting cereals.

The Sour Patch Kids cereal was so awful that there was no official announcement about its discontinuation. If you’ve been wondering where it went, now you have your answer! While many factors contributed to the rainbow sugar pellets’ cancellation, one thing was constant: they were definitely considered a “novelty” cereal.

Sour Patch Kids cereal had appetizing and alluring commercials that many people loved. But most families wouldn’t dare eat the cereal every day. Ironically, they were named “Sour” Patch Kids cereal yet contained a whopping 40% sugar. And anybody who wants to live more than 40 years would most likely avoid that kind of sugar content.

Yet, somehow, the cereal wasn’t really that sweet at all. You know a product has failed when its commercials are sweeter than the cereal.

If you are a Super Mario super fan, you might have heard about the Nintendo Cereal System produced by Ralston Cereals in 1988. The cereal had its basis in two of the most popular video games at the time: The Legend of Zelda and Super Mario Bros.

However, as with many other franchise-inspired kinds of cereal, the Nintendo Cereal System didn’t last long, thanks (again) to its terrible flavor.

Of course, the first few months saw tremendous sales. But it was only because Super Mario fans wanted a cereal to match their favorite game. It didn’t take long for people to discover that the cereal was essentially a red turtle shell, knocking them off track during the most important meal of the day.

The flavor was so bad that it led to its discontinuation, but that didn’t stop super fans from hunting down this lost piece of history. The cereal has been sold as memorabilia for collectors over the years. One box was sold for over $200, but there’s no way someone paid that much for the flavor.

The Urkel-Os was a super sweet strawberry and banana-flavored cereal that millennials loved but Gen Z found repulsive. This breakfast meal was inspired by the sitcom Family Matters, a popular show aired throughout the ’90s.

The cereal paid homage to Urkel, the quirky yet lovable nerd who often donned shirts similar in color to the cereal created in his image. Unlike the other nasty cereals we’ve covered, Urkel-Os managed to appear on many breakfast tables before being exposed as a cereal wannabe. The taste just couldn’t keep up with other circular-shaped brands like Froot Loops.

I guess Urkel can still say, “Did I do that?”

This pick is likely to spark a debate. But yes, many people found the Banana Frosted Flakes to be terrible. I’m not surprised that Kellogg discontinued the flavor. The idea of having actual bananas built into your breakfast was cool. But the bananas in the Banana Frosted Flakes were crunchy and extra sweet, which, if you’ve ever had a real banana, is a little disconcerting.

The cereal was introduced in 1981, and it wasn’t long before the brand canceled it in 1984. Recently, though, Kellogg introduced the Banana Crème Frosted Flakes, which, in my opinion, are better than the original ones. Who knows? Maybe this version will be around longer.

Wrestler and actor Laurence “Mr. T” Tureaud was trendy in the ’80s. He played critical roles in the TV series The A-Team.em> (1983–1987) and the film Rocky III (1982), making him even more popular. In fact, he was so famous that Mt. T cereal was introduced to feed the ever-hungry Mr. T fraternity.

The cereal assumed the shape of the letter “T” to symbolize the great actor’s prowess. However, the cereal’s taste wasn’t as great as the person who inspired it. Since this cereal was universally considered inedible by many, it was canceled shortly after it was released.

Even the cereal’s memorable appearance in the film Pee Wee’s Big Adventure didn’t save it from discontinuation. From its creation to production and marketing, it was destined for success, but I guess they forgot to do a taste test.

Maybe this time we really can pity the fool… who purchased this awful cereal.

Frute Brute was introduced in 1974 but was canceled in 1982. It was a frosted, cherry-flavored version of Monster Cereal with a werewolf mascot. General Mills is among the industry’s heavy hitters but with this particular cereal, they got their calculations all wrong.

Frute Brute was nothing short of a total disaster, and it’s only by chance that it managed to stay on the shelves for as long as it did. If anything, the cereal was only popular because of its numerous film appearances that became memorable. This cereal had cameos in classic films like Reservoir Dogs and Pulp Fiction.

But its sales were a work of pulp fiction too. Cherry cereal? I don’t know about you, but I prefer not to eat breakfast that tastes like cough syrup.

This Senior Pooch Has Been Crowned 'World's Ugliest Dog'