10 Historical Discoveries That Corroborate with the Bible 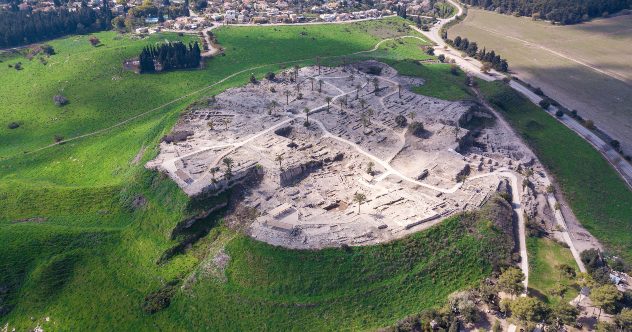 Whether you are a believer or not, you must accept that the Bible is a cornerstone of Western religion. Millions know the stories and the characters that populate both the Old and New Testaments. Some people believe the Bible is actually true, some say it’s a parable, and some disregard it as pure fantasy.

Regardless of your position, there’s plenty of archaeological evidence that at least some of the characters existed and that the Bible often refers to actual events that took place in real places. Among the remains of the many civilizations that rose and fell in the lands of the Bible, scholars have found that many of them are relevant to the Old and New Testaments. And surely, there are more waiting to be uncovered.

Your faith, or lack thereof, will determine how you interpret the Bible. But it’s not pure fantasy, according to these ten historical discoveries that corroborate with the Bible.

Related: 10 Bible Verses That Were Changed In Translation

10 Sodom and Gomorrah Rise from the Ashes

In modern-day Jordan, a mound called Tel el-Hamman stands between the Dead Sea and Lake Tiberius. Archaeologists working on the site have discovered that, in the Middle Bronze Age, el-Hammam was a busy city bigger than contemporary Jerusalem and nearby Jericho. Home to around 8,000 people, the city had abundant water and seemed to thrive. Then, in 1650 BC, something catastrophic happened that caused people to abandon the city for 600 years.

In 2006, Dr. Steven Collins and his team came across a layer of soot 5 feet (1.5 meters) deep. In this layer, the team came across a shard of pottery. Something had glazed the pottery at a temperature well above the reach of existing kilns and impossible in any normal fire. Scientists believe an exploding meteorite caused a cosmic airburst over the city.

Is Tel el-Hammam the site of Sodom? The location, the date, and the sudden destruction all fit with the story in Genesis.

9 Tel Dan and the House of David

The Second Book of Kings briefly mentions King Jehoram of Israel, a ruler who belonged to the house of David. David was, and still is, a key figure in Jewish history, and his name appears throughout the Old and New Testaments. The problem was that there was no clear archaeological evidence that such a person existed. Perhaps, some thought, he was a legendary figure like King Arthur.

Then, in 1993, archaeologists came across a fragment with part of an inscription. The excavators were working at Tel Dan, the ruins of the city of Dan, the northernmost city in the Kingdom of Israel. The inscription dates from the ninth century BC and mentions that someone killed King Jehoram.

In itself, it’s not sufficient proof that David was a real person, but it does show that some kings identified themselves with his line.

In countries with a rich archaeological heritage but few present-day options, there has long been a market for ancient relics that might find a buyer from a richer nation. Jerusalem was no exception. There, in 1868, a missionary bought a piece of a stone tablet. The seller, more interested in profit than preservation, had broken the original stone into pieces to sell them individually. Fortunately, someone had made a copy of the stone before the merchant broke it up.

The stone’s inscription tells of a war between Moab and Israel in 850 BC when Israel was under King Jehoram’s rule, as mentioned above. The stone’s narrative tells the story from the Moab point of view, and the Second Book of Kings relates the same event from Israel’s perspective. But they are recognizably describing the same event.

The Hittites pop up frequently in the Old Testament. They were clearly an important force in the region. Genesis tells us that they lived in Canaan, and the First Book of Kings tells us that they traded for horses and chariots with King Solomon. The Hittites were always in the background—a shadowy power with great influence. But, until the nineteenth century, there was nothing to show us they had ever existed. In 1876, a British academic named Sayce came across inscriptions on a rock in Turkey that he believed might be Hittite.

This remained conjecture until, in 1906, a German named Hugo Winckler excavated a site at the unremarkable modern town of Boghaz-Koy in Turkey. He uncovered a city that had spanned 300 acres containing thousands of clay tablets. This was the city of Hattusa, and the tablets showed that it traded with states all over the region. The tablets also gave details of ceremonies described in the Old Testament. The discovery of Hattusa not only showed that the Hittites existed but that there were cultural ties that extended across the region.

In the Gospels, Caiaphas was the high priest of the Jews and was behind the plot to kill Jesus. He took the lead role when the Jewish assembly (or Sanhedrin) tried Jesus, as reported in the Gospels of Mark, Matthew, and Luke. The first-century Romano-Jewish historian, Flavius Josephus, also mentions Caiaphas and says his first name was Joseph—but that was about it.

Then, in 1990, builders were working on a water park on the outskirts of Jerusalem when they accidentally broke open a first-century tomb. Archaeologists discovered that the tomb contained ossuaries—chests full of bones. One of the chests had an inscription that identified it as the ossuary of Joseph Caiaphas. When researchers opened the chest, they found that it contained the bones of six people, one of whom was a 60-year-old man.

Scholars are convinced that these are the remains of the high priest.

Many people have come to believe that the Nazareth inscription connects directly to the resurrection of Jesus. The inscription is on a marble slab and is written in Greek. Caesar’s edict states that anyone who moves a body from a tomb will face the death penalty. It probably dates from the reign of Claudius (AD 41–54). It may have been common enough for robbers to break into a tomb to steal valuables, but why would anyone want to take a body? Some claim that this edict is directly connected to Jesus’ tomb being empty.

A man named William Froeher acquired the stone in 1878 and sent it from Nazareth to Paris. He didn’t say that the stone came from Nazareth; he said that he sent it from Nazareth. In fact, the marble comes from the Greek island of Kos. This leaves us with two questions. Was the proclamation only meant for the people of Kos? Or was it so important that the authorities imported marble for every copy?

In 1946, three Bedouins discovered the first of the Dead Sea scrolls in the Qumran Caves on the Dead Sea coast. These well-preserved fragments were in jars, and the three men took good care of them while they debated what to do with them. In 1947, John C. Trevor of the American Schools of Oriental Research realized their importance, and the hunt was on for more.

The scrolls contain fragments of every book in the Old Testament (excluding the Book of Esther), copies of texts from books that weren’t included in the final version of the Bible, and a set of rules from a Jewish sect. There was quite a mixture of fragments dating from the third century BC to the first century AD. The area is rich in remains that archaeologists are still finding today. The dryness of the climate has preserved these relics in very good condition.

In Paul’s Epistle to the Romans, he writes from Corinth:

“Caius, my host, and the whole church, saluteth you. Erastus, the treasurer of the city, saluteth you, and Quartus, a brother.” (Romans 16:23)

Paul probably wrote his letters between AD 50 and 58. At that time, Corinth was an important city and the capital of a Roman province. That the city treasurer was a Christian so soon after Christ’s death shows how quickly the new religion was spreading in the Roman Empire, and, it would seem, influential people were converting.

In 1926, diggers unearthed a paving stone near the theater in the city. On it was an inscription that told the public that Erastus, in gratitude for his new job, had laid the pavement at his own expense. Erastus was real and had the post that Paul mentioned.

The story of Noah and the flood illustrates God’s power and the possibility of redemption. But is it just a story?

In Mesopotamia, between the Tigris and Euphrates rivers, many civilizations rose and fell—Sumer, Assyria, and Babylon among them. Literature from these civilizations, like The Epic of Gilgamesh, speaks of a great flood. The oldest version that we have dates from the 18th century BC. And there is archaeological evidence as well.

Between 1928 and 1929, excavators at two separate sites found evidence of a flood that left behind a layer of mud 8 feet (2.4 meters) deep. This dates from around 3500 BC; other floods had left traces, but none were as destructive as this one. There certainly was a devastating flood, at least in Mesopotamia.

According to Matthew and Luke, Pontius Pilate sent Jesus to the cross. But no evidence showed that such a man had ever existed. Was he just an invention because the story needed a villain? It seemed odd that he had left no trace.

But he had, although it took until 1961 to find it. A man named Antonio Frova found a slab under the theater at Caesarea Maritima in Israel. This piece of stone was ordinary enough, except for an inscription that simply read:

Found him! Pontius Pilate had stepped out of a story and into history.

The Ten Most Followed Real-Life Criminal Trials in TV History