10 Landlords Who Murdered Their Tenants

Unpaid rent is often an element in a landlord’s issues with their tenants. But what could be so bad that a landlord had to kill the tenant? In addition to blaming unpaid rent, these killer landlords or, in some cases, police or prosecutors, claimed property owners have also killed tenants because of poorly shoveled snow, loud partying, extramarital affairs, supposed drug abuse, and alleged death threats.

Whatever the “reason,” such killings are, of course, unjustified. Not only do they cost the lives of renters, but they also cost the murderous landlords time in prison or even their own lives since some are sentenced to execution. The actions and fates of these 10 landlords who murdered their tenants show, once again, that crime often does not pay. 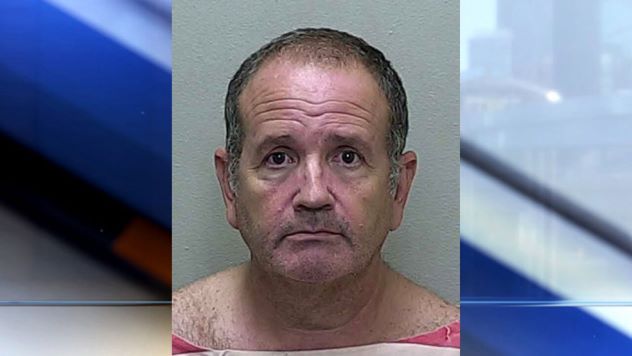 It was further reported that the defense also pointed out that no eyewitnesses were present and that “neither a crime scene reconstructionist nor the medical examiner could tell the sequence of [the six] shots” fired, two of which struck Bruss in the side and four of which hit him in the back. In addition, the medical examiner testified that the tenant had a “high amount of methamphetamine in his system,” and the investigators made no effort to collect “DNA or fingerprints from the machete Bruss reportedly had when Jensen was being attacked.”

Prior to the 2019 shooting, a sheriff’s deputy called to the scene had informed Jensen that he could not evict Bruss without first filing a notice with the court of his intention to do so. Nevertheless, Jensen, aided by another tenant, had set Bruss’s belongings outside the rental.

The prosecutor argued that Jensen intended to kill Bruss “one way or another” and that there was no proof of Bruss’s having been armed with a machete. Jensen admitted that some of his statements about what had happened were incorrect.

In April 2022, after deliberating for nearly two hours and asking to hear a replay of the 911 call, jurors returned to the courtroom. As the court clerk announced their verdict, Jensen signified his disagreement by shaking his head to indicate that he was not guilty of having murdered his tenant. Jensen’s sister agreed with the defendant. His mother was too overcome emotionally to speak as Jensen was led away in handcuffs to await future sentencing.[1]

It wasn’t alleged drug use, non-payment of rent, unauthorized visitors, or a machete attack that prompted 53-year-old Chad Allen Reed to murder his tenants, Joseph Soule and Jaclyn Lepird. In this case, the landlord couldn’t stand the couple’s noisy partying, which kept him awake at night.

After murdering Soule, 34, and Lepird, 31, who lived in an apartment on the floor above him, Reed told “an individual” he’d committed the acts before surrendering himself to authorities at a local police station a week later. There, an investigation of the couple’s reported disappearance was already underway. Reed confessed to the October 2020 murders by admitting he had wrapped their bodies in a bag and put them in the back of his truck. After a few days, he parked his truck in the garage of a vacant home nearby to further thwart a search for the missing couple.

Although the noisy partying might have been the final straw in a continuing dispute between the landlord and his tenants, Battle Creek Police Department Detective Joel Case believes that the ongoing conflict between the landlord and his tenants was also a factor. Statements by others who knew the three suggested, Case said, that “they had an ongoing dispute where they could not get along.”[2]

A dispute over parking spaces following a December 2012 snowstorm in Biddeford, Maine, cost tenants Derrick Thompson, 19, and Alivia Welch, 18, their lives and their landlord, James Pak, life in prison.

Pak shot them and Thompson’s mother, Susan Johnson, who survived. Police officers, called to the scene, intervened, but after they left, Pak stormed the victims’ apartment, announcing his intent to “shoot” his tenants. According to prosecutors, Pak had taken issue with “the way Thompson was shoveling the driveway.”[4] 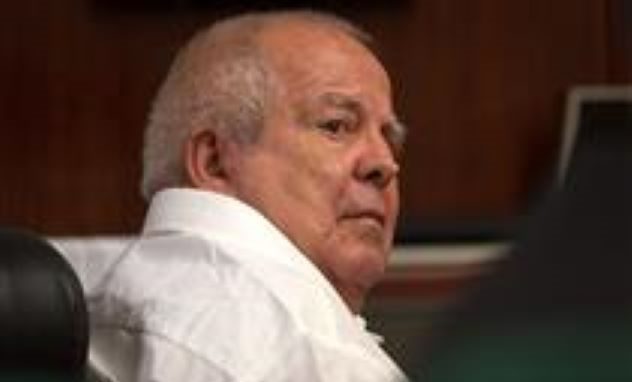 Unpaid rent caused an argument between 79-year-old Naples, Florida, landlord Javier Ortoll and his 51-year-old tenant Edward Melone. Ortoll’s attorneys said the dispute led to Melone’s death when Ortoll shot him in self-defense after the renter reached into the defendant’s van and slugged Ortoll. Prosecutors agreed that Ortoll shot the victim, but not in self-defense. The landlord wasn’t scared of Melone, they insisted, but angry at him. The killing was a homicide.

Although eyewitness accounts of the shooting differed, the jury believed the prosecutors’ version of the incident and found Ortoll guilty of the 2013 murder. This was despite toxicology reports that showed cocaine and narcotic prescriptions in Melone’s system, as reported in the Orlando Sentinel However, it was reported that “it wasn’t clear if the levels were enough to cause aggressive behavior.”[5]

The Associated Press reported that another south Florida landlord, 76-year-old Reineiro Espino Caballero of Hialeah, also got into an argument with his tenant, 46-year-old Ramon Emilo Gutierrez Castillo, over the failure to pay rent on time. Castillo owed Caballero $550 late rent, and the landlord meant to collect it. After the argument, Castillo returned to his apartment, an efficiency, and locked the sliding glass door so Caballero couldn’t enter.

The landlord returned to his adjacent residence, picked up a gun, went back to Castillo’s apartment, and shot through the glass, shattering it. During the fight between the men that followed, Caballero “shot [his] tenant through the face.”

According to police, Caballero later confessed to the crimes. He was charged with first-degree murder. [6] 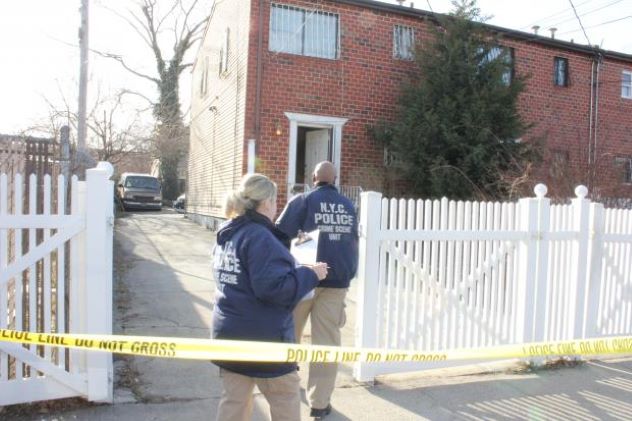 Philip Estevez, 63, of Brooklyn, New York, who rented out rooms in his house, where he also resided, was relocated to a prison cell after being sentenced. He was to spend the next fifteen years of his life there for killing his tenant Luis Martinez, 51, and terrorizing his other renter, Ana Rodriguez, and her children.

The landlord then visited Rodriguez in the upstairs room she and her husband rented. At the time, she was home alone with her two children, an 11-year-old boy and a 12-year-old girl. Although they attempted to hide, Estevez also confronted them, armed with a pipe. He struck the mother and the daughter in their heads, but the boy escaped, leaping out the window, intending to get help. However, he broke his foot after jumping. Fortunately, his sister also managed to escape and fled to the nearby police precinct, alerting authorities.[7] 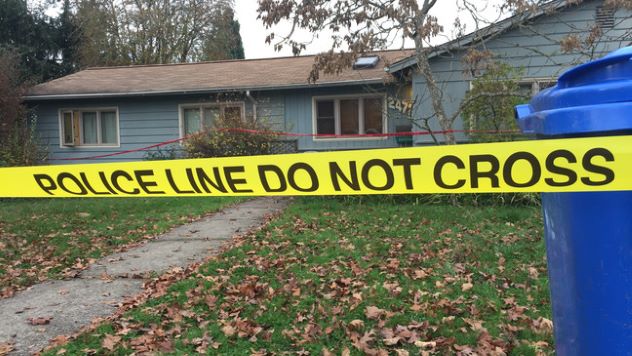 Stephen G. Bloom, a staff writer for The New York Times, pointed out that when Earl Preston Jones ran as a candidate for the Long Beach City Council, Jones promised “to combat crime” by hiring more police officers and establishing a community watch program. It doesn’t seem that respect for the law was much on his mind, however, when he blasted two of his tenants, Patricia Kahn, 31, and Charles Rambert, 28, with a shotgun while they were sleeping during the early morning hours in June 1982.

According to the landlord, his tenants were both drug abusers. He’d rented to them because he was trying to help them. Neighbors had a different view of the matter. They claimed the dispute began after Jones “reneged on an agreement to lower the rent in exchange for carpentry work Rambert had done on the house.” Following the double murders, Jones pawned the shotgun, purchasing a one-way bus ticket to Oakland, California, but he was arrested aboard the vehicle before the bus left the station.

By the way, in the city council race, he came in last among four candidates, drawing 4% of the vote. 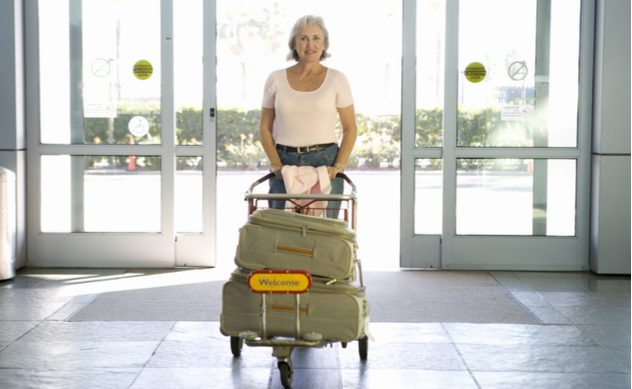 Louis Hubrecht left no doubt as to his priorities. As New York Times reporter Susan Saulny reports, after fatally shooting his tenant, librarian Barbara B. Kenna, 68, “six times at close range,” Hubrecht, also 68, stepped “over the dying woman to tend to his building’s trash.” In a statement before the court, the victim’s niece, Joan Valenti, told Hubrecht just what she thought of him. “The blatant act of stepping over a dying human being, my aunt, to take out the garbage shows me that you are truly uncivilized.”

According to Hubrecht’s videotaped statement, Kenna’s offense was not controlling her metal luggage cart, which had happened to bang against Mr. Hubrecht’s door as Kenna pulled it down the stairs from her penthouse apartment. Hubrecht responded by opening his door and firing his .38-caliber revolver. Although he said, on the videotape, that he was defending himself against her.

According to the landlord, his tenant was holding a hammer and had told him she was going to kill him. Sure enough, responding paramedics found a hammer in the gunshot victim’s left hand, although Kenna was right-handed and her fingerprints were not on the weapon. “Prosecutors suggested that the hammer might have been placed” in Kenna’s left hand after the shooting.

Citing Hubrecht’s “clear psychological inability to cope” and his age, the judge sentenced Hubrecht to serve a sentence of twenty years to life in 2002.[9] 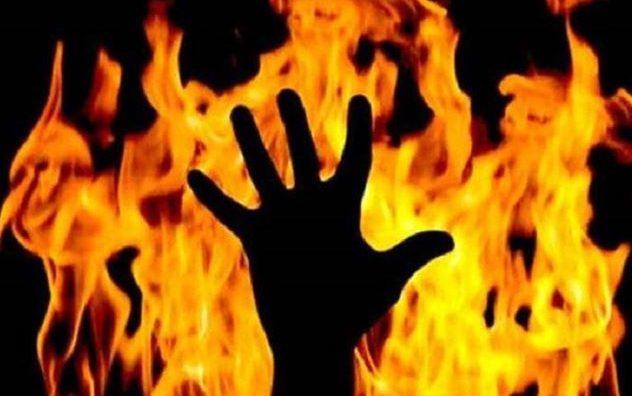 Wang (no given name is cited in the Taipei Times article concerning him) murdered Kuo (no surname given) because his tenant’s refusal to pay his rent angered the residential housing complex’s landlord. The heated argument between the men ended with Wang splashing gasoline over Kuo and igniting the drenched tenant. As if setting him afire had not been enough, Wang then “beat him with a water pipe” as Kuo fled the building.

In the act of committing arson, Wang had also accidentally splashed gasoline into one of the other rooms, causing flames to spread. As a result, a female tenant, unable to escape in time, also died. Wang was charged with murdering her, as he was with killing Kuo, who later succumbed in the hospital to the third-degree burns over more than 90 percent of his body. Wang’s fiery temper cost two people their lives and fifteen years of his own life, the sentence the landlord received for killing his tenants.[10]

10 Unusual Religious Buildings from around the World

Rhode Island Home That Inspired 'The Conjuring' Sells For More Than $1.5M