10 Leaders with the Shortest Time in Power 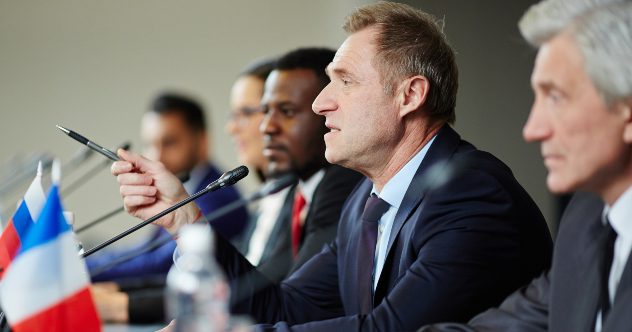 Whether a leader is elected, appointed, or ascends to power through monarchical rule, they are expected to serve diligently and leave a legacy over time. They are envied, respected, and sometimes criticized in equal measure. While the time limit can vary depending on a country’s constitution or a region’s rule, we can all agree that serving for six months, 30 days, or even a day is short.

Over the centuries, the world has witnessed leaders who served for a considerably short time. Whether it’s because of forceful removal (coups), scandals, or sudden death, here are ten leaders with the shortest time in power.

Related: 10 Notable And Forgotten Outsiders Who Ran For US President

Most people, and some part of history, too, assume that the Nazi state died with Adolf Hitler in his bunker in Berlin, an event that happened on April 30, 1945. The renowned dictator and mass executor took his life after realizing his reign was ending. However, he left behind a successor that he thought would continue with his tainted legacy, chief propagandist Joseph Goebbels.

At the time, Goebbels was among the remaining few Nazi cabinet ministers, so it is no surprise that Hitler appointed him as the next in command. He didn’t have much of an option anyway, did he? As fate would have it, the new chancellor of Germany’s reign was short-lived. In what lasted slightly more than a day, the only thing that Goebbels was able to do was to assemble the Nazi High Command and declare that they would not surrender to their enemies.

True to his word, they didn’t, or at least, he didn’t. Goebbels and his wife, Magda, committed suicide, killing their children. They knew what was coming and opted to follow the Hitler way instead of staying alive. Even though there are different accounts of how the couple died, their children certainly died of poisoning.

Around 1946, the people of Italy had had enough of monarchy rule; they wanted the opportunity to vote for their leaders. Umberto was the son of the then-reigning King Vittorio Emmanuelle III, so all was set for him to inherit the throne as the prince. However, King Umberto thought he had a chance of winning the hearts of his people rather than taking leadership forcefully. Therefore, he called for a referendum to decide if the country wanted to become a republic or remain a kingdom.

As it turns out, this was a wrong move for the king. The wave of change in the system had swept across most European countries, and Italy was no exception. Obviously, the people voted in favor of turning the country into a republic, and the last king went off to exile. It is said that the citizens of Italy were fed up with the reign of King Umberto II’s father. He ruled for 34 days, which, compared to Goebbels’s, is a much longer time.

Carlos Coimbra da Luz was a Brazilian teacher, lawyer, journalist, and politician who ruled for a record of three days. Yes, for a head of state, governing for three days is a record, just an unwanted one. Carlos was among the three presidents that ruled the South American country for 16 months following the suicide of Getulio Vargas in 1954. Since Luz was the head of the Chamber of Deputies, he took over when Getulio’s immediate successor, João Café Filho, allegedly became sick in 1955.

His reign was short-lived as it only lasted between November 8 and November 11, 1955. He was replaced by the vice president, Nereu Ramos, following the orders of Henrique Teixeira. The latter was the Minister of Defense at the time. Teixeira suspected Luz would try to prevent Juscelino Kubitschek, who was the president-elect, from assuming his duties. Carlos Luz died in February 1961, leaving behind a legacy of being the head of state, even though it was only for three days.

Do you think a leader can be the shortest and the longest serving head of state? That is exactly what happened with Sierra Leone’s prime minister, Siaka Stevens. In 1967, Stevens won a closely contested election, unseating the incumbent prime minister. However, this did not go well with those in authority, so they decided to do something about it. They sent the military to arrest Stevens before he was sworn in.

Unfortunately for the incumbent prime minister, the time it took to prepare a conspiracy theory and execute it was enough for Stevens to be sworn in. By the time the military arrived, Stevens was already about an hour into his leadership. Like the faithful servants, the army arrested the new prime minister, making him one of the shortest-serving leaders in the world. However, two weeks later, there was a counter-coup, and Stevens reclaimed his position. He served for 17 years, making him one of the longest-serving heads of state.

The United States of America has witnessed over 40 presidents since its independence. Among all these, William Henry Harrison, the country’s 9th president, goes down as one of the oldest to be elected into the top office. However, as fate would have it, the American military officer and politician became the first president to die in office after only 32 days of leadership. He also holds the record for serving the shortest tenure in U.S. Presidential history.

Giovanni Battista Castagna was an Italian priest chosen for the position of pope on September 15, 1590. However, the pope, referred to as Pope Urban VII, didn’t have to lead for a significant amount of time as he passed away 12 days after assuming office. He succumbed to malaria in an emotional affair for those he led. We can only imagine what kind of a leader he could have been, considering that he managed to enact a smoking ban within the church during his short tenure.

Hezekiah Ochuka remains the only person to have dared to overturn a sitting president in Kenya. Well, it ended with him in a noose. It started with a wild belief among some of the country’s air force team members. They believed they were better placed to run the government, so they hatched a plan to take over while the sitting president was attending a meeting in another African state. However, on the eve of the day they had planned to execute their coup, they learned that the president wouldn’t attend the scheduled meeting since it had not attained a quorum.

Ochuka and his accomplices decided to continue their plan. They took over the national radio broadcasting house and ordered the lead presenter to announce that President Daniel Moi was no longer the country’s head of state; Hezekiah Ochuka was. News traveled fast to president Moi, who immediately ordered the loyal military members to retaliate. Ochuka was president for about six hours before the original president regained his seat. During this time, Ochuka did nothing significant with his power. He was later arrested and hanged along with his accomplices.

Frank Forde goes down as the shortest serving prime minister in Australian history. Since he was the deputy prime minister, Forde assumed office on July 6, 1954, following the death of John Curtin on July 5, 1945. Even though he was sworn in almost immediately, Frank Forde was only a “caretaker” in charge before the election.

The election took place eight days later. Forde put his hand up alongside other contestants such as Ben Chiefly, H.V. Evat, and Norman Makin but was not elected. However, this wasn’t the first time he lost. Almost ten years before Curtin’s death, Forde went toe-to-toe with him, losing by a vote. Even though he lost this time, he had the chance to rule, even if it was for only eight days.

Still in the spirit of coups, Mexico’s Pedro Lascurain’s reign is considered one of the shortest in history, lasting less than an hour. Before that, Mexico was under the leadership of Francisco Madero, taking over from the previously fallen regime. President Francisco had won the election with a whopping 90 percent of the voters voting in his favor. However, he immediately faced opposition from all angles of the political spectrum. It wasn’t a surprise when he was forcefully removed from the seat.

The military arrested and tortured President Francisco into resigning. Even though he heeded his aggressors’ demands, the president was murdered a few days after quitting. With Pedro Lascurain as his secretary for foreign affairs and the absence of the deputy president and attorney general, he assumed office as the country’s constitution demanded. However, he did not stay in power for long. He only got time to appoint a minister for interior affairs before resigning himself.

In the history of the shortest-serving leaders, King Louis XIX of France takes the cake; he was a 20-minute man! In other aspects of life, 20 minutes might be significant, but it is negligible for a leader. Having spent most of his time away from France, Louis Antoine returned home to fight against Napoleon in the 1810s. However, his 20 minutes of fame came in 1830 when he took office after his father’s abdication. He soon stepped down too.