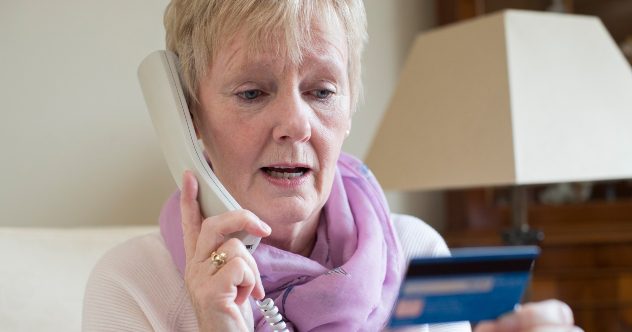 P. T. Barnum is famous for saying, “There’s a sucker born every minute!” It’s as true today as back in the mid-1800s when Barnum supposedly first made this outrageous claim.

Everyone likes to believe they’re too smart to fall for a con. But there will always be people who fall under the spell of a con artist. It happens every day on the internet. Some con artists, known as scammers, send out a bogus email informing you your Paypal or Amazon account has been frozen. All you have to do is click the button below and follow the instructions to unfreeze the account. If you do as you’re told, you’ve naively handed over your login information, allowing the scammer to bleed your account dry.

This type of scam nets the con artists some easy booty while giving you a headache. But this is nothing compared to these ten messed-up cons people actually fell for.

10The Con of Hollywood

You’re a struggling, ambitious actor who has come to Tinseltown searching for your big break. One day you receive a phone call, and the caller claims to be a high-profile producer ready to hire you in your first significant role; only later do you find out that the caller was just a con artist after what little money you had.

Such a scam occurred in 2015, with a con artist posing as a Hollywood producer for big-name media companies. The con artist contacted “the target” either by phone or email, who then hired The target for a job in Jakarta, Indonesia.

As part of the ruse, the target had to purchase their own ticket with the promise to be reimbursed when they landed. Upon arrival at the airport, a driver was waiting for the target, where they told the target it was customary to pay the driver up to $1,000 for their ride. As the con unfolds, the target is manipulated into handing over more and more money.

This con is estimated to have gone on for over seven years. Finally, in 2020, with the help of a couple of Hollywood podcasters plus a digital private investigator, the perpetrator, who was assumed to be a woman, turned out to be a man named Hargobind Punjabi Tahilramani. He lives in the UK and is a food blogger. He is now awaiting extradition to the United States to be tried for his con.

By 1970, Howard Hughes had lived as a recluse for the previous 12 years. That’s when author and investigative reporter Clifford Irving hatched a plan, along with his friend Richard Suskind, to sell the purported autobiography of Howard Hughes to McGraw-Hill. Irving and Suskind figured Hughes was too far gone ever to come forward and denounce their scheme as a hoax. (How wrong they were.)

Irving and Suskind claimed Hughes had told his life story to Irving. However, Hughes did come forward and gave a press conference over the telephone proclaiming the autobiography written by Irving was a hoax. Irving countered, saying he knew Hughes’s voice, and the voice at the press conference did not belong to him.

To make matters worse, McGraw-Hill started paying out the $600,000 advance to the name of H.R. Hughes. The Swiss bank account McGraw-Hill was sending money to turned out to have been opened by Irving’s wife. Ultimately Clifford Irving, his wife, and Richard Suskind were indicted and soon admitted the entire thing was a fraud.

In 1998, Frank Farion went looking for models to hire as fronts for the recorded music of singers and musicians who didn’t have the “look.” He found Fab Morvan and Rob Pilatus. The German R&B duo named Milli Vanilli was about music performance, not singing. The two men were performers who lip-synced the words and music written and sung by other musical artists.

Reporters started digging, and it slowly dawned on everyone that Milli Vanilli was a highly produced act with the two main singers not singing. Producer Frank Farion eventually confessed, admitting the whole thing was a hoax. Milli Vanilli was stripped of its Grammy.

7The Brooklyn Bridge Is For Sale

Have you ever wondered where the saying, “I have a bridge to sell you” comes from? Well, let me tell you.

Some people who paid out their hard-earned money to Parker actually started erecting toll booths from which to charge tolls. But when the police were alerted, they were chased off. Their money had disappeared along with George C. Parker. Sadly, their American dreams were dashed from the very beginning.

John R. Brinkley arrived in Chicago in 1907, where he spent three years studying alternative medicine at Bennett Medical College. He never did receive any degree due to a lack of finances, so Brinkley turned to a diploma mill for fake credentials.

Brinkley and his wife eventually settled in Milford, Kansas, and during the 1918 flu epidemic, Brinkley did good work and built a following. One day a man came to him wanting help with his inability to father a child. Brinkley came up with the idea of implanting goat testicles inside the man. Brinkley did these operations in his clinic, which was not hygienic. It’s a known fact that at least 43 men died from this type of operation alone, and it’s suspected there were many more. Still, his reputation and purse grew.

It was not until 1930 that Brinkley lost his medical license; Brinkley died in 1942 from a heart attack and being an outed con artist. To this day, nobody knows how many patients he harmed or caused their death.

5The Eiffel Tower—Sold Twice by the Same Man

Victor Lustig was a bright student who won awards, and many universities offered him scholarships. His parents insisted he go to university, and he took up his studies in Paris. Here Lustig studied human nature and spent his time gambling. Lustig decided he was pretty good at reading people and started cultivating relationships with successful businessmen.

One day, Lustig read an article about the Eiffel Tower’s expensive upkeep. This gave Lustig an idea, so he wrote the top businessmen in scrap metal in France. He invited all of them to a special meeting; at the meeting, Lustig told the men that the Eiffel Tower would be sold for scrap, and the highest bidder would get the contract through him.

Enter Andre Paisson, who wanted to get the jump on his competitors. He offered Lustig a bribe of $75,000 ($1 million in today’s money) to be given the contract. Lustig took the money and ran. He counted on the fact that Paisson was too embarrassed to report the crime. He was right.

When no news of his con showed up in the newspapers, Lustig returned to Paris and perpetrated the con successfully for a second time. This time, however, the target reported Lustig to the police. Lustig high-tailed it for America, where he ran a counterfeit money con for some years before being caught.

4The Son of Sidney Poitier Con

David Hamilton left Buffalo, New York, for the Big Apple. While trying to get into Studio 54, he said he was David Poitier, Sidney Poitier’s son. Voila…instant access.

Hamilton and his friend decided to really expand this con. He started spreading the story that he was Sidney Poitier’s son, and he’d been mugged and lost all his luggage. Some of the well-heeled of NYC came to the rescue offering him clothes, money, trips, and entree to exclusive clubs.

Hamilton was eventually found out and sentenced to 21 months in prison. The targets didn’t know until much later that Sidney Poitier never fathered a son.

3How Do You Sell a Complete Country?

Gregor McGregor may be the greatest con artist of all time. In 1822 he started spreading the good news in Scotland and England about a region in Honduras called Poyais—a fictional territory. While in Honduras, McGregor was actually given twelve thousand five hundred square miles of land by the king.

Once back in Europe, McGregor told of the fertile soil where two and three crops could be grown and harvested. He described rivers filled with gold sitting there for the taking. The architecture of the region was awe-inspiring. Soon people started throwing money at McGregor. They wanted in. McGregor walked away with $200,000, and about 250 investors set sail for Honduras.

After a six-week voyage, they landed on the Mosquito Coast. And you can guess where that name came from. The land was swampy; there were no cities, towns, or buildings. Many people died from malaria; only about 50 returned home. To this day, the fake territory of Poyais remains a swamp pit.

During the final day of WWII, a plane carrying a group of Hitler’s closest staff members crashed near the German/Czech border. Hitler said at the time that on the plane was his private archive of papers.

Years later, a forger named Konrad Kujau created the papers that would come to be known as Hitler’s Diaries—64 volumes in total. He eventually sold them to the publication Stern who reportedly paid $4.8 million. Kujau held on to the serial rights and sold those to other publications.

Two renowned historians initially vouched for the diaries’ authenticity, but as time went by, they started to have misgivings. A few volumes were submitted for forensic testing and were found to be forgeries done in 1983. Konrad Kujau was tried, found guilty of fraud, and imprisoned for three years.

Through building a powerful network of journalist friends and professional soccer players who would sing his praises even though he had zero talent, Carlos Kaiser lived the life of a playboy soccer player for years. His greatest challenge was to make sure he never played in a game so it wouldn’t be discovered he had zero talent.

So how did he do it? He relentlessly faked injuries for years. He moved from team to team, signing short-term contracts. Finally, one team owner told the team coach to put Kaiser on the field, injury or no injury. Kaiser was up against the wall.

So what did he do? Kaiser taunted the fans and got them so riled up that he jumped a fence and started physically fighting. Of course, Carlos ended up suffering an injury because of this. Carlos Kaiser told the team owner he was simply defending the owner’s good name when the fans started spewing insults. The injury kept Kaiser off the field for the rest of the season.

10 Tenants Who Murdered Their Landlords

10 People Who Died Mysteriously Before Their Trial

10 Things We Only Know About Because of Whistleblowers