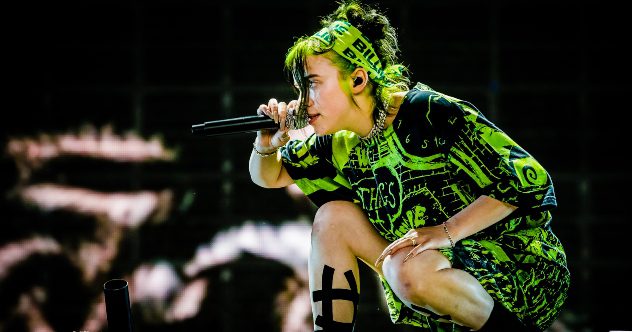 Celebrities are like royalty to us. We see them in the movies, on TV, and on the Internet, and they never fail to captivate us. Fans often feel they know their favorite celebrities, and we are amazed by them, awed by them, and even cry with happiness when we are near them. Some of us even want to be them.

Fans want and need to express their gratitude and admiration to the celebrities they idolize for how they’ve impacted their lives. They want to be near them in hopes some of their fairy dust rubs off on them. Many celebrities adore their fans right back. And sometimes, a celebrity unexpectedly turns the tables on a fan by doing something to surprise their adoring fans. Here are ten moments celebrities surprised their fans.

One said, “She’s very carefree and funny.” Another said, “She doesn’t cover up the truth.” “A cure to any bad moment is to listen to a Billy Eilish song,” said a third fan.

While these fans were auditioning for a “supposed” dance show, Billy slipped onto a couch at the back of the stage to watch them. Eventually, the auditioning fans noticed Billy and were so awed by her presence they each clamped a hand over their mouths, rendering them speechless. As Billy Eilish hugged and hugged one girl, the nonstop tears flowed down her face.

9 The Cast of Stranger Things

The Netflix series Stranger ThingsM/em> is about a young boy who vanishes in a small town. Eventually, secret experiments are uncovered, along with frightful supernatural forces, and then there’s that strange girl who likes Eggos. This series has developed quite a fanatical following.

Comedian Jimmy Fallon of The Tonight Show decided to bring on the Stranger Things cast. With the help of special lighting, the cast posed in the background as wax figures while die-hard fans took their seats in front of them to have their pictures taken with the supposed life-sized wax figures.

Right before the shutter was clicked, the cast members stealthily moved closer behind the unsuspecting fans to photobomb them. When the fans realized that the real-life Stranger Things actors were right next to them in the studio, they went wild with astonishment. The fans shocked expressions were caught on camera, leaving them with a cherished memento of one amazing experience they’ll never forget.

Come summer, the Today Show out of New York City erects an outdoor stage for singers and musicians to stop by and perform on. Fans come from all over the country to see these iconic performances. Singer Harry Styles was live, on stage, waiting to perform. His immense popularity drew quite a crowd of adoring fans.

Suddenly, it was announced that one lucky fan would receive VIP tickets to one of Harry’s upcoming concerts. Harry noticed one particular young fan screaming with tears flowing down her face. He handpicked her to receive the tickets. She was so overwhelmed to be singled out that her legs gave way, and she collapsed to the ground.

People surrounding this amazed young woman lifted her to her feet, and Styles sent a personal “Hello” out just to her. No doubt, when she calmed down enough to process the gift that Styles bestowed, she had to pinch herself to believe it really did happen.

The famous reality star and Internet influencer Kylie Jenner of Keeping Up with the Kardashians surprised one of her fans by giving the young woman a personal tour of her cosmetic headquarters.

Afterward, the young fan and her mother sat in front of two lidded boxes with Jenner. When they each lifted the lid on their individual box, they found $100,000 in cash. They were stunned. Once they thawed out, there were expressions of gratitude and hugs all around.

In The Mummy, Tom Cruise stars as a United States Army sergeant. He’s responsible for accidentally unleashing an ancient Egyptian princess into our modern-day world. To promote the film, he surprised some of his most exuberant fans.

The fans were outfitted with virtual reality goggles through which they could view some footage of the soon-to-be-released movie. As they were engaged in this metaverse, Tom Cruise quietly steps off an elevator. When the fans were asked to take off the goggles, they found themselves face to face with the smiling megastar.

First, there was astonishment written across their faces, followed by warm hugs proving that Tom Cruise understands something very crucial. That connection with his fans has kept him at the top of stardom in Hollywood for decades.

Two boys decided to do something for a classmate at school who other kids were bullying because of his clothes. The two boys brought their classmate new clothes and shoes and gave them to him at school. This sensitive, kind gesture was videotaped and put up on YouTube.

Subsequently, Ellen DeGeneres invited the boys to be guests on her talk show. To their utter amazement, the boys were surprised on set by the appearance of movie star Will Smith. Smith came to acknowledge their heartwarming expression of kindness and humanity and treat them each to a duffel bag stuffed with special gear handpicked by Will Smith himself.

Will Smith surprised more fans when he promoted his role as the Genie in the movie Aladdin. A giant genie lamp was set up in an outside public venue. Fans were invited to come up and rub the lamp. When they did, they heard the voice of Will Smith speaking directly to them.

They didn’t initially realize that Will Smith was actually there but hidden from sight. When Smith emerged from behind the curtain, the crowd went wild when they saw this celebrity up close and personal. Scores of smartphones were thrust high overhead, and fans snapped hundreds of pictures to record the moment.

Australian actor, singer, and all-around performer Hugh Jackman likes to give his fans a moment when the opportunity arises. Picture this—Jackman was live onstage. At the stage stood a devoted fan faithfully videotaping Jackman with his smartphone. Jackman noticed the fan, marched right up to him, and gave him multiple high fives. The fan didn’t miss a beat and kept filming the experience.

Jackman played to the phone camera, emoting like he was his famous character, Wolverine. Next, Jackman grabbed the smartphone and turned the camera on the fan, recording him as well. The fan jumped up and down, excited to be singled out by this amazing celebrity. Finally, Jackman dropped to his knees and scooped the fan into a big bear hug giving a devoted fan a memory that’ll last his entire lifetime.

Actor Dwayne Johnson, famously known as The Rock from his professional wrestling days, made a behind-the-scenes stop at Jimmy Fallon’s late-night talk show. He was there to surprise a show employee by the name of Karina. She was totally flummoxed when The Rock appeared and was specifically looking for her. As she started hyperventilating from the sheer excitement of being face to face with this celebrity, he explained that he was there to do something nice for her.

As she listened, The Rock thanked Karina and her husband for their service in the military, and as a surprise, he was able to bring her husband home to her. When Karina turned around, there stood her husband in full dress uniform. The Rock reunited husband and wife for the holidays after a long deployment, and there was not a dry eye in the room.

East Indian Bollywood mega movie star Shah Rukh Kahn is also a film producer and television personality. Think of him as the Tom Cruise of India. Fans regularly gather by the thousands in the street outside his home, waiting to catch a glimpse of him. He does indulge his fans by stepping out onto the balcony to wave to the multitudes as Queen Elizabeth does on her balcony of Buckingham Palace.

Shah Rukh Kahn likes to catch his fans off guard in various ways. Once, he got into the cockpit of a private jet that was flying a group of his fans to go skydiving. Once the jet was in the air, Shah Rukh Kahn emerged from the cockpit, sending his fans into squeals of excitement merely at the sight of him.

On another occasion, he dressed up as a waiter in a tuxedo in a high-end restaurant and served a table of fans their meals. When they realized who their waiter was, they were in shock.

On another occasion, while out jogging, he ran up even with a woman who was also jogging; when she glanced to her left and saw Shah Rukh Kahn, she was so shocked she nearly collapsed.

During a recurring segment of The Ellen DeGeneres Show where she scrolls through various audience members’ Facebook pictures, she comes upon a picture of a young woman who had herself photoshopped being carried aloft in the arms of actor Taylor Lautner of the Twilight series.

After Ellen chatted with the young woman a bit, the curtains on stage suddenly opened like the Red Sea, and there stood Taylor Lautner in the flesh. His ardent fan rushed up to him on stage and couldn’t resist touching his chest.

Finally, Lautner suggested they reenact the photograph, at which point he lifted the young woman into his arms like a knight in shining armor. As the joyful fan waved and waved to the cheering audience, Lautner carried this princess-for-a-moment off stage, where no doubt the real Tayler Lautner posed for selfies with her so she could post the real deal on her Facebook page.

Prince Charles Met Lilibet For The First Time And It Was 'Emotional,' Report Says