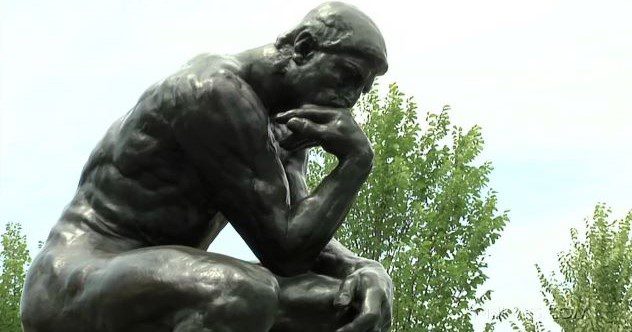 When paranormal researcher, Fiona Broome, discovered that several people shared her false memory of Nelson Mandela dying in prison in the 1980s, she came up with the term “Mandela Effect” for similar incidents. Some quantum theory enthusiasts have taken the Mandela Effect theory a whole lot further, stating that it’s proof that the multiverse is a real thing and that parallel realities continuously clash with one another. Some even believe that the Mandela Effect came into play at the same time that the Large Hadron Collider was introduced.

However, thousands more think it’s simply our minds playing tricks on us.

What do you think?

10 Did Tom Cruise Wear Shades or Not?

The “Old Time Rock n Roll” scene in Risky Business featuring Tom Cruise became an instant classic after the movie was released in 1983. Tom Cruise’s dance moves in the scene have been parodied countless times, including very memorably by snarky butler Niles in the American TV sitcom The Nanny and the cast of Scrubs.

Curiously, in the vast majority of these parodies, people wear shades when they strut along to the lyrics of “Old Time Rock n Roll”—Niles included. That is because most people around the world seem to remember Cruise wearing shades during the scene. And yet, he doesn’t. And there’s the white vs. pink shirt… but that’s for another list.[1]

# Did Lucy Have Some “splainin” to Do?

In the beloved 1950s TV sitcom I Love Lucy, Lucy did indeed have some “splainin” to do. But no matter how many people remember the quote, “Lucy, you got some splainin’ to do,” Ricky Ricardo never actually says those words in that order. He does, however, say things like “‘Splain that if you can” or “Lucy, ‘splain.”

Yet, there are people who would die on the hill of “he did so say that!”

Another very well-known line misquoted all the time is “Beam me up, Scotty.” Star Trek’s Captain Kirk never utters this line but does say, “Beam us up, Mr. Scott,” during “The Gamesters of Triskelion” episode.[2]

The Mandela Effect happens with just about anything, including movies, TV series, books, Broadway shows, and even paintings or portraits.

One of the most famous paintings of King Henry VIII is of him sitting at a dinner table, just his upper torso visible, holding a turkey leg in his hand. At least, that is how most people visualize it. In reality, there is no painting of King Henry VIII holding a turkey leg. There is, however, a Renaissance painting of him holding a pair of leather gloves in one hand and the string of a scabbard in the other.
Expanding on this Mandela effect example, some people took things even further by claiming that Henry VIII was the first English king to eat turkey and that he was a huge fan of the meat. There is also a host of examples in the media in which Henry VIII is depicted as holding or eating a turkey leg as a direct result of the belief that the turkey leg painting exists.[3]

Abe Vigoda had a great role in The Godfather and a starring one in Barney Miller. But he will forever be remembered for being dead 30 years before he died.

Vigoda was first reported dead in 1982 by People Magazine. Despite him still being alive and well five years later, a local newspaper in New Jersey reported him dead again. Letterman pounced on the story, and it became a long-standing joke. And in turn, the joke fuelled the fire of Vigoda’s death myth. A running gag about Vigoda’s purported death started up at Friars Club during the roast hour, and Jeff Ross had a really fun time saying, “My one regret is that Abe Vigoda isn’t alive to see this.” Vigoda would then jump up in mock anger from his seat in the audience and shake his fist at Ross.

Abe Vigoda died for real in 2016, but when TMZ broke the news, reporters were hesitant to pick up on the story because of the ongoing gags.[4]

6 Is Cinderella Castle also the Entrance to the Magic Kingdom?

Cinderella Castle at the Magic Kingdom Park at Walt Disney World has been re-decorated on several occasions to mark different celebrations. One of these makeovers took place in 1996 when it was transformed into an 18-story birthday cake for the 25th anniversary of the Orlando resort. Currently, the castle sports a massive 50th crest as well as blue jewels, pearls, and ribbons in celebration of Disney World’s 50th anniversary. “The World’s Most Magical Celebration” will end on March 31, 2023.

But apparently, the Cinderella Castle can also up and move locations when it feels like it. While most people know it to have always stood at the end of Main Street, several visitors and fans are adamant that the castle is actually the entrance to the theme park.[5]

Maybe the park is spookier than some would like to believe?

5 Did a Protester Get Run Over by a Tank in Tiananmen Square?

In 1989, soldiers fired at peaceful protestors in Tiananmen Square, Beijing. The protests started on April 15 and were forcibly shut down on June 4 when martial law was declared. It is estimated that thousands were killed and thousands more wounded both inside and outside of Tiananmen Square.

What most people remember, however, is Tank Man—the protestor who stood firm and unwaveringly as three tanks approached him. Fortunately, he was pulled out of the way before getting hurt. But many people recall this incident differently. Some claim they watched it on TV and saw the tanks running right over the man, killing him. Others even stated that it was the first death they witnessed in real-time.[6]

4 Does Billy Joel Sing a Melody or a Memory?

“Piano Man” is one of the most instantly recognizable songs in the world and is immensely popular whenever karaoke contests are in full swing. The lyrics are also fantastic and truly blend with the music in a magical way.

But there is a Mandela Effect at play here too. The second verse of the song starts out with the words, “He says, Son, can you play me a melody?”

Nope. Even though this is what most people hear and believe the lyrics to be, the correct words are “He says, Son, can you play me a memory?” The melody, ironically, contains the line, “Well, we’re all in the mood for a melody.”[7]

3 Is He Dancing or Standing by the Record Machine?

While we’re on the topic of music, Joan Jett is responsible for one of the biggest earworms in the history of music. “I Love Rock ‘n’ Roll” is a foot-tapping classic that starts with the line “I saw him standing there by the record machine.”

Or so thousands of people think. What Jett actually sings is, “I saw him dancing there by the record machine.”

There are dozens more Mandela Effect examples in music too. These include the line from the Bee Gees tune “How Deep Is Your Love” that is not “I really need to know,” but “I really mean to learn,” and The Mamas & The Papas’ popular “California Dreaming” that doesn’t include the lyric “I began to pray,” but instead “I pretend to pray.”[8]

2 Does The Thinker Hold His Hand against His Head or His Chin?

The bronze sculpture The Thinker stands in the Musee Rodin in Paris. The sculpture depicts a nude male figure sitting on a rock and leaning over with his right elbow on his left thigh. The weight of his chin rests on the back of his right hand, according to many tourists.

But several people who have visited the statue believe that the statue’s right fist is pressed against his forehead. The frontal view of the statue reveals that the knuckles of the right hand are actually pressed up against his mouth—and his hand is not in a fist.

Several books, both fiction and non-fiction, describe the statue as having his right fist to his forehead, though, confusing the issue even more.[9]

And here we are. Back at the beginning—the Mandela Effect caused by an incorrect memory about Nelson Mandela himself.

People worldwide have the persistent memory of Nelson Mandela not only dying in prison in the 1980s but also of clips of the funeral aired on TV and riots in several cities. Some even insisted that they’d learned of his death at school in the ‘90s and were flabbergasted when the news broke in 2013 that Mandela had died aged 95.

This original Mandela Effect gave rise to a slew of conspiracy theories, including one that said because he died in 1985 at the age of 67, South Africans today are encouraged to perform “67 minutes of charity” on the late stateman’s birthday. It is even believed that an imposter was installed in Mandela’s place and that it was the doing of the government at the time. The man, named Gibson Makanda, then became the first democratic president of SA. And somewhere in there, as is the case with all persistent conspiracies, the Illuminati also seems to have had a hand in conjuring up the “big lie.”[10]