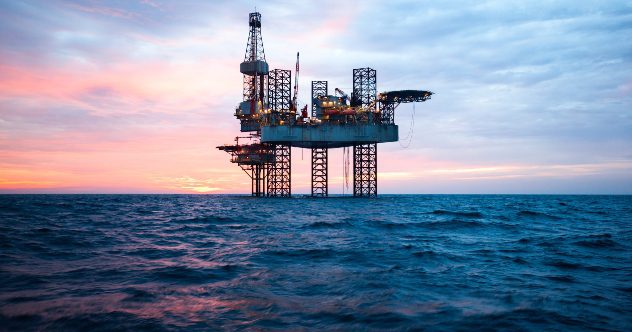 Most people don’t apply for a job thinking about the potential danger, right? You pursue a job because you enjoy the field or because it pays well. That being said, some seriously hazardous jobs out there will make you rich if you have the guts to do them.

These aren’t typical desk jobs where the most danger you’ll face is a “Karen” calling you at the customer service desk. No, we’re talking about serious bodily harm. And you may not be swimming in a pool filled with cash Scrooge McDuck style, but you can do pretty well for yourself.

The most dangerous jobs require a level head, no matter the situation you find yourself in. The men and women in these roles usually undergo constant training to ensure they can perform the job well. Here are the ten most dangerous jobs that will make you rich.

Related: Top 10 Ways People Got Paid To Do Nothing

Mixed Martial Arts (MMA) started in the 1920s. However, the sport’s official “birth year” is 1993, when UFC 1 was held in Denver, Colorado. This sport has two fighters come together for a cut-the-tension-with-a-knife intense duel that is fast and dangerous. Each fighter has a different skill set and training style, making it more difficult to predict the fighter’s next move.

Fighters can make colossal amounts of money due to the sport’s popularity and being highly televised. Elite fighters can easily make six figures, not including bonuses for winning a match. The bonuses can become even bigger if a fighter is on a winning streak or undefeated.

Stunt doubles are highly trained athletes who perform stunts in place of the actual actor. Stunt double jobs are extremely physically demanding and dangerous. They risk injury from performing or even preparing for the stunt. Stunt doubles can also be injured if safety equipment malfunctions on set and in extreme weather situations.

Stunt double earnings fluctuate depending on how many jobs they get within a year. The Screen Actors Guild sets standards for pay and treatment of theater-based jobs, including stunt doubles. Even though being a stunt double is a gig-based job, you can make a lot of money quickly. According to the SAG-AFTRA, the typical salary for body doubles is $204,672 per year.

You might not think an agriculture job is dangerous or will make you rich. Think again. You are outdoors with farm animals and wild animals around you. However, heavy machinery could also easily kill you if it malfunctions or you are not careful. In addition, you are working long hours, which means you will eventually get tired, reducing your alertness.

To top it all off, you are at risk of heat stroke, hypothermia, and any on-the-job accidents. According to the CDC, “In 2020, there were 11,880 injuries in agricultural production that required days away from work.” Being a farm or ranch manager is even more dangerous because doctors aren’t just across the street. Your fellow workers may know some basic first-aid, but receiving proper medical attention can take a while.

You may not earn six figures in this job, but you will still make a pretty penny. In fact, some managers can make over $126,000 a year.

As a commercial diver, you will not be cruising through tropical waters admiring fish and coral reefs. Instead, commercial divers inspect, repair, remove, or install equipment and structures. They also might conduct tests or experiments, rig explosives, and photograph marine life or structures.

All this is done underwater with surface-supplied air or scuba equipment. You might also need to use drills, sledgehammers, torches, and underwater welding equipment. And some of the biggest dangers for this job are predators around you, equipment malfunctioning, possibly becoming trapped underwater, hypothermia, low visibility, and getting injured by the equipment you use.

Payment depends on the job and the environment you are working in, but some divers make over $111,000 a year.

Commercial fishermen go through some of the most challenging things to provide fish products to the market. They work long hours; are at sea for hours, days, or weeks at a time; and face many extreme dangers. Commercial fishermen are constantly exposed to the elements as they work. Depending on your captain and the type of fishing boat you are on, a storm may not get you a day off from work.

Irregular work hours and long grueling days lead to impaired judgment. The dangers increase the more exhausted you become. On top of that, emergency help isn’t readily available like it is on land. If a commercial fisherman radios for help, they must wait for help to arrive. Sometimes it takes quite a while for help to come. Despite all that, a successful crew can make a lot of money in a very short season.

Transmission tower climbers inspect, maintain, and repair work on cell, broadcast, wireless internet service, and radio towers. Generally, the towers are 49 to 180 feet (15 to 55 meters) tall. Climbers have to get up there on their own power. There is no bucket or machine to lift you to the top.

Of course, climbers are provided safety harnesses and other equipment to protect them while working on the tower. However, that doesn’t mean that you are 100% safe. Equipment can malfunction, leaving climbers exposed to great danger.

In addition, climbers get exhausted as they go up and down the tower multiple times a day. As exhaustion sets in, climbers forget things, and dangers increase. This type of job can have you making quite a bit of money depending on your experience and your specific job.

Ironworkers face many dangers as they build the framework for a building, bridge, or road. For example, ironworkers can fall from great heights despite having all kinds of safety equipment. In addition, ironworkers risk amputations, cuts, head injuries, broken bones, burns, muscle injuries, being struck by an object, and impalement.

However, iron workers generally have six-figure incomes attached to all the dangers they face. For most people, that is enough pay to live a very comfortable life. You need to feel comfortable in high, dangerous places if you consider a job like this.

To the average viewer, the sport of NASCAR may seem incredibly dull and not dangerous. However, the avid fan sees the thrill and dangers at every turn. Of course, the obvious danger drivers face is crashing. But crashing isn’t a significant threat anymore, or at least dying in a crash. Since the fatal crash of Dale Earnhardt in 2001, safety systems have drastically reduced the risk of a crash-related death.

NASCAR drivers face dangers from inhalation of fumes, substance abuse, hearing loss, dehydration, loss of limbs and eyes, chronic pain, concussions, and burns. But, despite all that, if you can become a winning driver, you will make crazy amounts of cash.

2 Working in a War Zone

Military bases are run by more than soldiers. There are hundreds upon hundreds of civilian workers that keep a base going. This means that you have the chance of literally being in the middle of a war zone. In a job like this, some dangers are pretty well implied.

For example, if you work in a war zone, you paint a target on your back just for being a particular nationality or associating with them. You can also be in danger from local wildlife and diseases prevalent in the country.

Working in a war zone takes someone willing to live and work in a strange country and sometimes live in a tent without access to basic amenities. You can make quite a bit of money by filling one of these jobs. Sometimes the pay changes based on the risks of your particular job.

Working on an oil rig is not for the faint of heart. You may easily make in the low six figures, but there are plenty of dangers to face.

Oil rig workers also are in danger from storms at sea, being struck by debris, drowning, exposure to toxic chemicals, burns, helicopter crashes, electrocution, head and brain injuries, back injuries, muscle strains, and so forth. Oh, and since oil rig workers generally get long vacations offset by long stints away from their families, it isn’t uncommon for them to suffer from mental health issues.

These dangers are compounded by the fact that there isn’t a hospital nearby. There is a doctor for each rig, but there’s always the chance the medic won’t be equipped to handle every situation. Luckily, the paycheck can make up for such difficult conditions.