10 Most Interesting Facts About the Vikings 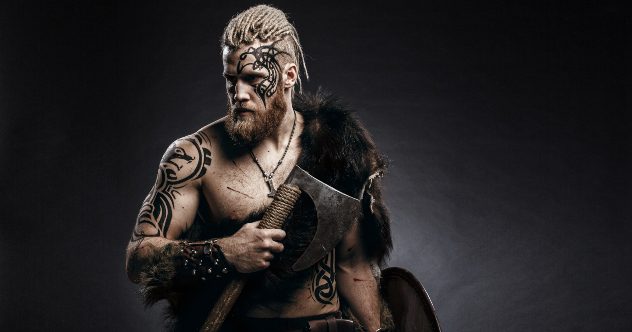 Vikings were a force to be reckoned with back in the day, and for a good reason. The name “Vikings” meant “pirates,” a name they were not fond of. Based on how fierce the Vikings were, it was probably a name mentioned in hushed tones.

Despite their aggressive nature, the Vikings were also tender and caring beings who cared much about their looks. They groomed themselves a lot; archaeological sites have taught us that they carried combs made of animal horns, especially deer antlers. They also used to bleach their hair and beards blonde and took frequent baths.

There is a popular misconception that the Vikings belonged to a particular race or tribe. This could not be further from the truth. Vikings were brought together by their way of living and went on missions together. It does not mean that Vikings were friendly to other Vikings or that they necessarily fought each other when they met. We could say they lived by a code and only fought if they had to.

Vikings had a lot of influence in their time, and their mark on the world continues to be felt. Here are ten interesting facts about the Vikings that show how fascinating the Vikings were.

Vikings had a lot of influence on the English language. For instance, the day Thursday is named after their god of thunder, Thor. And Saturdays were dedicated to taking baths in the hot springs. In Scandinavian countries, Saturday roughly translates to washing day. Many people use Saturdays, typically a day off, to clean and complete other chores they may be too tired to complete during the work week.

The Vikings also influenced the use of jurors in the court system. They are believed to have used a jury of peers to help solve cases, a practice still carried out today. The commonly used Bluetooth was named after the Viking king Harald Bluetooth in the technology field. The name was chosen because the king united Danish tribes into a single kingdom in the same way the technology was intended to unite communication protocols.

The Vikings targeted religious establishments quite often in their expeditions, but not necessarily because they were against religion. They attacked churches mainly because they contained a lot of loot and were barely guarded. The Vikings had many gods and could have easily accepted Christianity. They came into contact with many different religions.

The Vikings also interacted with the Muslims, which is made evident by a ring found in a grave in Sweden with the inscription “il la la,” meaning “for Allah.” The ring was made of silver alloy and glass, a practice common in the Middle East.

8 All Work and No Play Makes Jack a Dull Boy

Despite their temperament, Vikings took time out to play and make merry. They would often celebrate achievements by throwing parties. These parties they threw depended on the rank and wealth of the person or people hosting. The parties created not only an opportunity to make merry but also a “pissing contest” to display wealth and stature.

The wealthier a Viking or a group of Vikings were, the bigger the party would be and the longer they could hold it down. As archeological evidence suggests, Vikings were robust men and women. Considering their body size and way of living, one can easily conclude they could eat and drink a lot. Hosting a Viking party, therefore, was a noteworthy achievement. An achievement that earned the host a distinguished position in the community.

Did you know that Vikings found skiing amusing as well? They did, in fact, find it fascinating. One would be forgiven for assuming they did not have what it took to ski back in the day, considering how advanced the equipment we use today is. Archeological evidence points to the fact that they had wooden boards that they used to ski. They used to ski for fun when hunting and as a way of general movement.

The Vikings seem to have taken gender equality quite literary. In 2017, an archeological site on the west coast of Denmark discovered a jewelry workshop dating back to the 9th century that was used by the Valkyrie (female Vikings) to make amulets. It is believed but not yet confirmed that the female worriers wore the amulets as good luck charms.

From more archeological evidence around the world, Valkyries have been found buried in the same fashion as their male counterparts. Their bones have been excavated in a boat-like coffin, just as the ones honorable Vikings would be buried in. They would also be buried alongside their weapons and possessions, believed to help them in the afterlife.

It was thought that Vikings initially captured new territories and took women as enslaved people. While they practiced the habit, archeological remains also discovered that they sometimes took their women on missions and expeditions. Their women were vital in capturing new territories and making them home.

Vikings used urine to start fires. They would boil tinder fungus (hoof fungus or Fomes fomentarius) in human urine for a few days. The resulting product would then be used to light fires. The sodium nitrate in the urine played a significant role in the ability to smolder for days and, consequently, light fires easily. The process was ingenious, especially considering the Vikings’ time.

Viking warriors were said to enter a state of fury, one that can easily be referred to as “beast mode.” While in that state, the Viking warriors had little to no regard for life. They did not care for their life nor that of their enemies and were quite destructive. According to Norse literature, the state was called “berserkir.”

You may wonder, “how did they activate beast mode?” A theory has it that they ingested hallucinogenic mushrooms called Amanita muscaria. The theory is supported by evidence suggesting that the mushroom grew in the Scandinavian areas at the time. To further support the theory, the behavior portrayed by the Viking warriors is consistent with the consumption of hallucinogenic mushrooms.

The Vikings must have consumed the mushroom as a war ritual, only to feel the effects kick in during the fighting. They must have later figured it out and taken the mushrooms intentionally to activate their inner warrior.

Wine always has been and still is believed to be beneficial to the body. From carrying antioxidants to being good for digestion, the benefits are numerous. The Vikings must have caught wind of these benefits long before we did.

The Vikings created a wine, of which the main ingredient was honey, that they called mead. Mead had a very high concentration of lactic acid bacteria, the main medicinal aspect of honey. By fermenting honey, the bacteria multiplied tenfold from 100 million per gram in concentration. The mead acted as an antibiotic, keeping the Vikings healthy and treating any bacterial infections they had.

Honey wine kept the Vikings healthy and strong for battle and tasted good, too!

Vikings were associated with strength and agility and did everything they could to remain strong. They were known to abandon or kill sick children and sometimes did the same to firstborn girls in the hopes of conceiving a son. In their defense, the Vikings regarded the practice as an act of mercy to save the child from all the hardships they would otherwise have had to endure.

Vikings did the same kind of acts to wounded soldiers. They would be fed with a very concentrated onion soup. The soup was made strong to produce a strong smell that any wounds in the stomach would easily expel. Once the onion smell was detected, the Vikings knew that the person had a mortal wound and stopped caring for the person. They would save the medicine they had for someone with treatable wounds and let the person die.

Another inhumane act the Vikings had was torture. They would cut a victim’s back and pull out ribs to form shapes. They would also pull out the lungs and intestines carefully enough not to kill the person so that they die slowly and painfully.

The Vikings are credited for the wide spread of rats and mice around the areas they visited during their expeditions. It is believed that as they moved around, they carried mice in their ships, and whenever they docked, some of the mice and rats would find their way out and build their colonies.

The large supply of food that the Vikings carried with them in their ships as they moved around must have made their ships conducive to breeding rats and mice. The thick timber they used to make the ships also gave the rats a vantage point as they would burrow into the wood and make themselves cozy nests to keep them warm and safe.

Researchers discovered that rats and mice populations increased incredibly when the Vikings toured Europe. The Vikings are also known to have loved cats, and if the number of mice was anything to go by, then theirs was a symbiotic relationship more than a liking for cats.

Warriors gave their brides a kitten or kittens when they were ready to marry them. Cats were considered to be a vital necessity in the family household. The Vikings also carried cats on ships to deal with rats and mice.

The goddess of love, Freya, was associated with cats and probably the reason why the Vikings gifted their brides with kittens. The gesture of the kittens, however, is quite romantic, considering the Vikings were ferocious fighters, and kittens are adorable little animals.

Vikings were religious and had many gods, including Thor, the god of thunder, and Freya, the goddess of love. They also had a god and goddess of recreation and were very cautious about annoying their gods. It was evident since they were said to remove the scary figureheads off their longships when sailing through friendly territories. The practice was done to keep the gods happy and give them favor in a war in enemy territory.