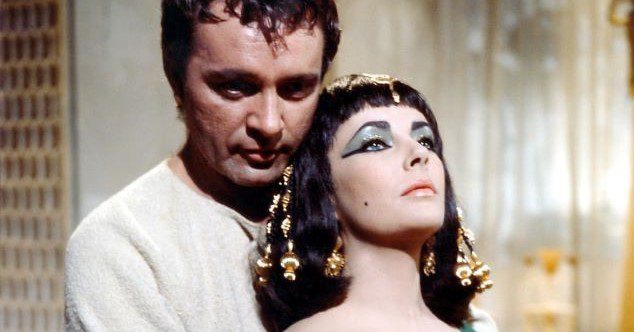 It isn’t that unusual for real-life couples, even spouses, to appear in movies together. Some of them have frequently teamed up, like Javier Bardem and Penélope Cruz or the late Paul Newman and Joanne Woodward. What is much more unique is when such couples so convincingly project the kind of passion or hostility on screen together that makes us wonder if we are getting a glimpse of what things might be like behind closed doors. Here are 10 of the most powerful movie scenes between real-life spouses.

Related: Top 10 Couples Who Met Their Fates Together

However, the scenes are much more balanced in the 1992 historical romance epic Far and Away. The love-hate relationship between Shannon (Kidman) and Joseph (Cruise), who are both feisty and strong-willed characters, brings considerable fire to the screen. The aristocratic Shannon is desperate to leave Ireland to start a new, independent life in America. Despite their clashes, she implores the working class Joseph to accompany her as a servant and protector.

The most powerful scene the couple has is when jealousy over another woman provokes Shannon to verbally deride Joseph. His pride wounded, he, in turn, lashes out at Shannon, who ignores his warnings to drop the matter, and continues to egg him on. Joseph reacts by picking up Shannon and dumping her, fully clothed, into a bathtub full of water.[1]

9 The Woman in Red

Comedic actors Gene Wilder and Gilda Radner were a soon-to-be-married couple when they worked together on the 1984 romantic comedy farce The Woman in Red. Wilder plays the middle-aged would-be philanderer, Theodore Pierce, who is chasing after gorgeous model Charlotte (Kelly LeBrock), hired for a campaign by the ad agency where Theodore works.

In between his shenanigans with Charlotte, he inadvertently offends a co-worker, Ms. Milner (Radner), by appearing to toy with her affections due to some misunderstandings. After standing up the dowdy, socially awkward Ms. Milner one time too many, Theodore witnesses her wrath when she vandalizes his car right in front of him. The typically sweet, lovable Radner is very effective in managing to silently project rage as she slowly keys his car, glaring at him viciously, while Theodore seems genuinely terrified. [2]

When it comes to movies featuring the all-time greatest marital rows, director Mike Nichol’s classic 1966 satiric drama Who’s Afraid of Virginia Woolf? is right up there with The War of the Roses. The difference is Who’s Afraid of Virginia Woolf? stars not only a real-life married couple but also one known for having a stormy relationship off-screen: Elizabeth Taylor and Richard Burton. If the characters they play, George and Martha, had enjoyed the romantic passion that Liz and Dick experienced, their marriage would have been much more enjoyable. However, George and Martha were not nearly as appealing as the actors who played them.

It’s difficult to say which scene in this big screen adaptation of Edward Albee’s play is the most powerful. While the attempted strangulation at the diner comes close, another less violent but more complex scene stands out the most. In the scene dubbed “Getting Angry, Baby?” Martha proceeds to emasculate George and viciously humiliate him in front of their guests, describing what a failure he has been until a seething George finally explodes. Burton and Taylor pull off this very challenging scene beautifully.[3]

Set in San Francisco, the 1947 romantic thriller Dark Passage, starring Humphrey Bogart and Lauren Bacall, centers on Vincent Parry (Bogart), a man wrongfully convicted of murdering his wife. After escaping from prison, he is aided by new acquaintance Irene Jansen (Bacall), who believes him to be innocent and is particularly sympathetic because her own father had been in a similar position. Of course, a romance between Vincent and Irene develops as in all of Bogart and Bacall’s movies together, utilizing their on-screen chemistry to the fullest.

One of the most unique things about this picture, which is mostly shot from Vincent’s perspective, is that for the first 30 minutes, we do not see his face until after he has plastic surgery to disguise himself. The most powerful scene between Vincent and Irene is when the two actors portraying them are not technically sharing the screen but talking to each other on the phone. On the run again, Vincent is telling Irene of his plan for them to be together. Up until this point, Bogie and Bacall have played it pretty cool as usual, but now they successfully convey a range of emotions including anxiety, longing, sadness, and tenderness.[4]

What could be a better vehicle to showcase former celebrity couple Jennifer Lopez and Marc Anthony than the 2006 music biopic El Cantante about salsa legend Héctor Lavoe and his turbulent marriage to the sexy, dynamic “Puchi.” This story, marked by so much tragedy and turmoil, offers up plenty of powerful scenes, but the most dramatic of these takes place just after the funeral of their adolescent son when Hector tells Puchi that he wants to break up.

Reflecting on their toxic lifestyle, he points out their constant drug use and lack of communication as reasons to end the marriage. Puchi reacts by railing against Héctor for choosing to end things at a time like this, accusing him of being “selfish” and then telling him he can never leave her. Anthony’s performance is sad and subdued, while Lopez’s is explosive, providing a stunning contrast.[5]

5 Much Ado About Nothing

Former spouses Emma Thompson and Kenneth Branagh co-starred in a number of films together, including the paranormal thriller Dead Again and the comedy Peter’s Friends. They also found themselves paired together in a 1993 adaptation of Shakespeare’s Much Ado About Nothing, which offers some very challenging scenes in which reluctant lovers Beatrice and Benedick match wits during acerbic and often fiery exchanges.

One particularly dramatic scene is when the two characters, who have been bickering throughout, finally proclaim their mutual love. Just a moment after this revelation, the tone of the scene swiftly changes when Beatrice asks Benedick to show his love for her by killing her enemy Claudio. When Benedick refuses, Beatrice not only doubts his love but erupts in a fury, recounting how Claudio has harmed her. All the joy and tenderness of the scene are quickly replaced with bitterness, anger, and cynicism.[6]

Will Smith and Jada Pinkett Smith display passion on screen in multiple scenes of the 2001 biopic Ali, but the most compelling is likely the slow dance scene during which iconic Muhammad Ali (Smith) and future wife Sonji (Pinkett Smith) are getting to know each other. While it is low-key compared with the spicy bedroom scenes and the dramatic arguments, it is a compelling moment in its magic between the two as we see so clearly how captivated they are by one another, almost as though they are under a spell.[7]

Penélope Cruz and Javier Bardem have appeared in nine feature films together since the early 1990s, three of which were made since the couple was married in 2010. However, the volatile 2017 crime drama Loving Pablo arguably features the most powerful scene between Cruz and Bardem. The film is based on the true events from journalist Virginia Vallejo’s memoir Loving Pablo, Hating Escobar about her romantic relationship with notorious drug lord Pablo Escobar.

The scene that stands out is when a desperate Virginia goes to visit Pablo in his private prison to ask him for financial help so she can flee the country and start a new life following threats due to her well-known association with him. When he responds with cruelty, Virginia breaks down crying and talks about how vulnerable she is with no one to protect her. In an interview with Entertainment Tonight, Cruz pointed out this scene when she was asked which scene from Loving Pablo was the most emotional. The actress said it was “the most difficult” for her.” She went on to say, “I was always very, very worried about that scene.” [8]

Paul Newman and Joanne Woodward starred in seven films together, including such memorable movies as Mr. and Mrs. Bridge, Paris Blues, and The Drowning Pool. Married for 50 years, the couple was a solid team off and on screen. Their first picture together, The Long Hot Summer (1958), featured especially powerful scenes, as the title hints. This romantic drama set in Mississippi and based partially on three works by William Faulkner centers on Ben, a sly, charming young man accused of barn burning who becomes involved with the wealthy, powerful Varner family. Woodward plays one of the two daughters, the straight-laced but intense school teacher, Clara. Her father, Will (Orson Welles), identifies with Ben and wants her to marry him.

Although the pretty and intelligent Clara is obviously attracted to Ben, she is very much opposed to marrying him. While alone with Ben at a picnic, she makes it clear that she values herself and all she has to offer too much to be used as a pawn by Ben and her father. Woodward is very compelling in the delivery of her impassioned speech. However, despite his comparably minimal dialogue, Newman holds his own, radiating a cool strength and self-assurance.[9]

1 The Taming of the Shrew

The 1967 adaptation of the Shakespearian comedy The Taming of the Shrew, re-teaming Elizabeth Taylor and Richard Burton, has a much lighter tone than most of their other projects together. Still, even this essentially humorous movie features some of the couple’s most powerful scenes. This could have something to do with the fact that it was helmed by opera director Franco Zeffirelli. There is a lot of fighting in this film, as the title suggests. Taylor plays the shrew Katharina, and Burton is cast as her fortune-hunting, caddish groom Petruchio, who struggles to tame her.

While there are some emotional scenes later in the film, the most powerful one is near the beginning when Petruchio chases Katharina through her father’s house, as she violently refuses to marry him. Persistent and clever Petruchio proves he might just be her match. Besides the bold performances from both actors, there is plenty of great physical comedy, including a shot of Burton and Taylor falling through a roof.[1]