10 Most Unsettling PSAs Ever Made 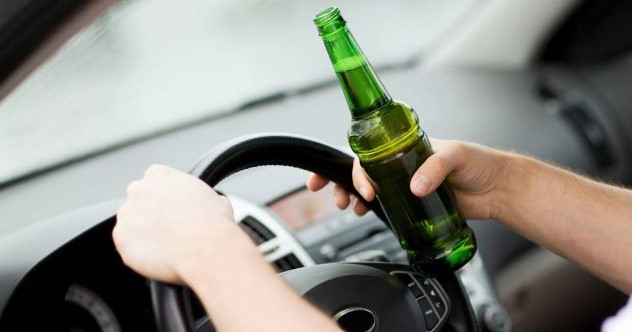 Also known as public information films (PIF), public service announcements (PSAs) are designed to raise awareness of and change people’s behavior toward specific issues. But while education is often the aim of such films, it’s not unknown for them to use scare tactics to ensure audiences heed their call. And as a result, there have been some pretty unsettling PSAs produced over the years.

The films on this list vary in duration, subject matter, and tone. Some contain frightening twists, others use disturbing imagery, some use fantasy elements, and others feel all too real. But one thing each of these films has in common is that they have a pretty solid chance of leaving you a little more disturbed than they found you.

It must be said that New Zealand has a knack for creating horrifying PSAs regarding the subject of dangerous driving. As such, you’d have to assume that all New Zealanders are either excellent drivers or that most are too terrified to step behind the wheel again. In any case, 2014’s “Mistake,” designed to get drivers to ease off the gas pedal, receives the “crown” for the most haunting they’ve ever made.

In “Mistake,” two drivers are about to collide at an intersection when time freezes, allowing them to talk for a while before the seemingly inevitable occurs. Unfortunately, one has made the mistake of pulling out onto the road too early, while the other is going too fast. The former points out he has his boy in the backseat, but the other driver is seemingly unwilling or unable to do anything. We then get one last glimpse of the father looking at his son before disaster strikes. The advert then ends with the words, “Other people make mistakes. Slow down.”[1]

You may know David Lynch as the enigmatic and extraordinary mind behind such creations as Twin Peaks, Eraserhead, and Dune (no, not that one, the weird one). But the famed director also tried his hand at producing an educational short on the subject of littering. Yes, the legendary David Lynch made a PSA, and of course, the result, aptly titled “Clean Up,” is one of the strangest you’ve ever seen.

In true David Lynch style, “Clean Up” sees the director create an eerie sense of forboding without actually showing a whole lot. Instead, the footage switches between shots of people throwing trash onto the street interlaced with close-ups of knawing rats, all shot in black and white. But the music score makes the whole short feel unnerving, with disturbing high pitches and a building crescendo, leaving the viewer with the sense that something truly sinister is occurring.[2]

Meth—not even once, right? Well, according to the Montana Meth Project (MMP), one PSA wasn’t enough. Indeed, these guys have produced a streaming service’s worth of disturbing footage designed to scare young people away from trying meth. Certainly a good cause, of course, but just think twice before binging these videos like they’re a Netflix series, okay?

Most of the MMP PSAs are pretty similar, focusing not on the drug itself but the actions of people reliant on the substance. But if just one film is to receive the “honor” of most disturbing, it has to be the violent and bug-ridden “Kevin.” Here a young man details his friend’s spiral into violence and madness before ending up in a psychiatric hospital. Again, pretty standard fare for the MMP until he tells us, “This is what he used to dig imaginary bugs out of his skin.” Then after cutting to shots of a rusty tool and some creepy crawlies, the PSA leaves your mind to fill in the blanks.[3]

When 20th century Britain wasn’t busy traumatizing children with episodes of Dr. Who and the like, it tried to traumatize them with public information films instead. Enter the infamous short film, “Lonely Water.”

Designed to warn children of the dangers of water (apparently via nightmares), “Lonely Water” features a dark, cloaked figure known as the “spirit of dark and lonely water,” watching over children playing by rivers and lakes. What follows is a series of accidents leading to some watery graves for a few unfortunate kids. Some sensible children with fantastic accents turn up and save the day toward the end, but the whole thing still seems way too gruesome for its target audience.[4]

Any PSA concerning school shootings is always going to be unpleasant to watch. But the 2016 ad “Evan” by Sandy Hook Promise might be the most powerful thanks to its use of trickery. The short initially presents itself as a teenage love story. But while we’re busy watching the romance and listening to delightful folk music, disturbing things are occurring in the background.

After a horrifying moment where a gun-wielding teenager enters a school gym, the ad plays itself back and essentially admonishes the viewer for not paying attention. Then we notice that all the while, an unnamed kid has been getting bullied, posting pictures of himself brandishing weapons online, watching videos about guns, and generally showing every red flag imaginable, all under our very noses. It’s poignant, compelling, and ultimately scary stuff.[5]

The short, called “No Brainer,” takes us inside a nightclub toilet where a man proceeds to pull out chunks of his brain and snort them. Pretty icky stuff, to say the least. And no, this PSA does not go easy on the gore. So, if you’re the squeamish type, you might want to give this one a hard pass.[6]

Those scared of clowns (or giant easter bunnies with bloodshot eyes, for that matter) may wish to look away now. That is because this PSA, commissioned by Fragile Childhood, produces a unique and powerful but eerie take on the subject of parental drinking by turning parents into caricatures of pop-culture monsters.

And as well as the clown, we also get an evil Santa, the grim reaper, a zombie mom, and an easter bunny that looks like it came from the depths of hell. This Finnish PSA seeks to educate people on the harm parental drinking can reap on children who must survive in a scary and isolated world.[7]

Another ’70s British PSA “for the kids” here. But this one proved so disturbing and utterly insane that it quickly became banned. And after watching it, it’s difficult not to see why. That’s because “The Finishing Line” is more akin to a gruesome horror film than anything suitable for children.

The film features kids participating in a kind of dystopian sports day next to a railway line, which goes about as well as you might expect. Indeed, the whole thing soon looks like a scene from Battle Royal or Hunger Games, as the kids get picked off by oncoming trains. And by the end of the full 20-minute version, we’re left with the imagery of dozens of bloodied children lying over the railway lines.

Again, it can’t be overstated that the intended audience here was kids. Indeed, British Transport Films commissioned this film for use in classrooms. And, amazingly, it actually made it into a few (and traumatized a whole bunch of children) before uproar caused the thing to be banned. What were they thinking?[8]

“I’m a sous-chef here,” a young woman tells us with a smile in the PSA “Top Chef.” “With any luck, I should be head chef by next year.” The chef goes on to tell us that she should be getting married next week. Only, she won’t be, because she’s about to be involved in a terrible accident.

Cue her picking up a large pot of scolding hot water, slipping and images of burned and boiling skin complete with panicked screams. Forget about safe working practices; this thing will make you never want to step into a kitchen again![9]

“Protect and Survive” is the name given to a series of booklets created during the 1970s and ’80s, designed to guide the British population on what to do during a nuclear war. Made to accompany these booklets was a series of short films. These films feature no spooks or gore. In fact, they don’t even feature people. Nor animals or fantasy creatures, for that matter. Indeed, the collective footage here consists of nothing more than basic and dated ’70s animations and sound effects. Yet “Protect and Survive” is easily one of the most disturbing things you’ll ever watch.

There’s just something about the simple animations, the retro PC effects and sounds, and the lack of background noise or any signs of humanity that make “Protect and Survive” feel uncanny and frightening. Perhaps it’s also the sheer pathetic and delusional hopelessness in the face of a nuclear attack or the Cold-War paranoia that the film exhibits. But while it’s difficult to pinpoint what exactly it is about “Protect and Survive” that feels so off, there’s no doubt that the feeling it produces sticks with you.[10]