10 of the Rarest Books in History 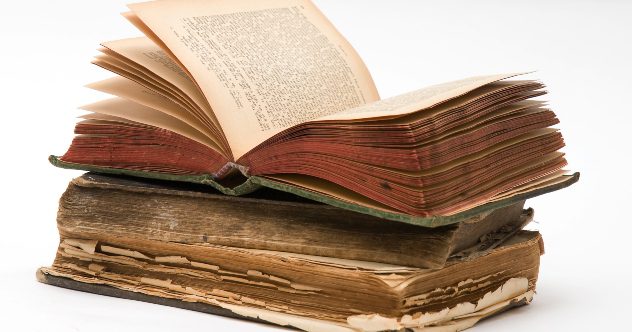 Storytelling is an important part of human history. Our ancestors would tell stories, and those stories would pass down through generations. With the introduction of the printing press in the 15th century, stories were printed into books and duplicated many times.

Today, it’s easy to find a copy of just about any book. You simply go to your local library or bookstore or order the book online. The books we mentioned below are not so easy to find.

These are ten of the rarest books in history. They are rare because the author decided to print a smaller number of copies, copies got lost to history, etc. In any case, all of the books on our list today have two things in common: They are historically or culturally significant and extremely hard to find.

The first book on our list is from an iconic writer, Jane Austen. Her most famous work, Pride and Prejudice, was written and published in the early 1800s. Like many classic works, it was not immediately well received. It was considered somewhat frivolous by scholars at the time.

A hundred years before Harry Potter was a household name, another Potter was famous in children’s literature. In 1902, Beatrix Potter wrote and released The Tale of Peter Rabbit.>> The book itself is only fifty-six pages. And like many books on this list, it has been reproduced many times.

The Tale of Peter Rabbit has been printed in thirty-six languages and sold over 40 million copies. However, the original first edition printing created only 250 copies. This was a deliberate choice by Potter, as she wanted to distribute her book among family and friends. The location of all the copies is unknown, but one of the originals sold in 2016 for more than $50,000.

8 On the Revolutions of the Heavenly Spheres: Nicolaus Copernicus

At the time, Copernicus was concerned about his place in society and the reaction to his heliocentric model. After all, this type of thinking was considered heresy at his death. So, Copernicus released On the Revolutions of the Heavenly Spheres while he was on his deathbed. Currently, about 250 copies remain, making them not only extremely influential but also quite rare. Historical libraries hold many copies, but of those owned by individuals, the price may be up to $2 million.

When you think of books and stories, one man has a greater impact than anyone else: William Shakespeare. A large part of his significance stems from his First Folio, sometimes called Mr. William Shakespeare’s Comedies, Histories & Tragedies. This book contains thirty-six plays written by Shakespeare, including some of his most famous: The Tempest, Romeo and Juliet, and Much Ado About Nothing.

Shakespeare’s first folio was originally printed back in 1623, seven years after his death. Originally, only 750 copies were made of the folio. Of those, about 240 remain, making this iconic piece of literature one of the rarest and most important books of all time. After all, many of these stories may have been lost forever to history without Shakespeare’s first folio.

The next book on this list is Birds of America, originally written and illustrated by John James Audubon in 1820. Birds of America contains beautiful drawings of 435 different birds. Though Audubon wrote the entire book and completed the majority of the artwork, his assistant (Joseph Mason) is said to have drawn about fifty of the background images.

One of the things about this book that makes it truly unique is that some of the birds contained in the book have since gone extinct. Pictures of the book were sent out as a subscription in the 19th century. There is a complete set in Orange, Texas, at the Stark Museum of Art. This is Audubon’s personal copy. The exact number of copies in existence is debated, though it is likely between one and two hundred.

A full copy might sell for anywhere between 8 and 12 million dollars. Birds of America is a beautiful book depicting specific feathered creatures in early America, so it’s easy to see why it’s so rare and valuable.

Edgar Allan Poe is known for his creepy tales with an enormous legacy. The Raven and The Tell-Tale Heart are two of his best-known works. Sadly, Poe died at only forty years old, with little recognition for his talent. All of his notoriety came only after his death.

The story of Poe’s life is much like many of his stories and poems. It’s dark and twisted that he did not receive the recognition he deserved in his lifetime and will never know the impact he had—and will continue to have—on literature. Currently, complete first edition copies of Tamerlane and Other Poems are at the Huntington Library in New York (not available for check out, so don’t get any ideas!) and at the Edgar Allan Poe Museum in Richmond, Virginia.

Johannes Gutenberg invented the printing press in the 15th century in Mainz, Germany. The first book printed on the press was the Bible. So, technically, the “Gutenberg Bible” is the first mass-produced book in world history. Before this time, books were copied by hand or through other inefficient processes.

In 1440, Gutenberg initially printed about 175 copies. Since then, almost all copies have been lost (or the location is not publicly known). There are said to be about 25 full copies in existence today, 10 of those in the United States and 14 or 15 in Germany. In 1978, a complete copy of the Gutenberg Bible was sold for over $2 million. In 1988, an incomplete copy sold for more than $5 million.

Incredibly, because these printings are so rare, even single pages of a Gutenberg Bible have sold for $100,000 or more. This book is unique on our list because it was not the contents that make it rare (after all, the Bible is the most copied book in history), but the method in which the copies were made.

There are 22 copies of the first edition of Alice’s Adventures in Wonderland by Lewis Carroll. Only six of these are in the hands of individuals, while the others are stored in prestigious libraries. This book was written by Carroll, complete with illustrations by John Tenniel, in 1865.

The book was originally supposed to have two thousand copies, but a new edition was created because Tenniel was dissatisfied with the copy of his artwork. Before the original first version was pulled, Carroll gave close friends and family copies of the book. This explains why first edition prints of Alice’s Adventures in Wonderland are so rare, going for a price of more than two million in 2006.

At only 200 pages, this book has had staying power and inspired many movies, TV shows, and more. If you told Lewis Carroll that a single copy of his book would be worth over $2 million, he might have thought he slipped into “Wonderland” himself!

The Canterbury Tales by Geoffrey Chaucer is a book that has stood the test of time. It features nine tales of different people in the 15th century. Each tale is told by a specific character as they all travel to Canterbury, such as “The Knight’s Tale, “The Friar’s Tale,” “The Squire’s Tale,” etc.

Leonardo da Vinci is known for many things. He was an inventor, an astronomer, a mathematician, a philosopher, and a prolific writer. His personal notebook, The Codex of Leicester, contains many of his personal scientific observations.

Some of the topics covered in this book include water, air, fossils, astronomy, and more. The Codex Leicester is the rarest book on this list and in existence because there is only one copy. After da Vinci’s death, his personal notebook was passed on to different consequential people. First, it went to Guglielmo della Porta, then Giuseppe Ghezzi, followed by the first Earl of Leicester, Thomas Coke.

The Codex remained in the custody of the Leicester Earls until American Armand Hammer purchased it in 1980. Fourteen years later, a different American businessman, Bill Gates, bought it for more than $30 million. He is the current owner of The Codex Leicester. The book itself is only eighteen handwritten sheets, meaning that Gates paid $1.6 million per page.

10 Alternate Medicines That People Swear By