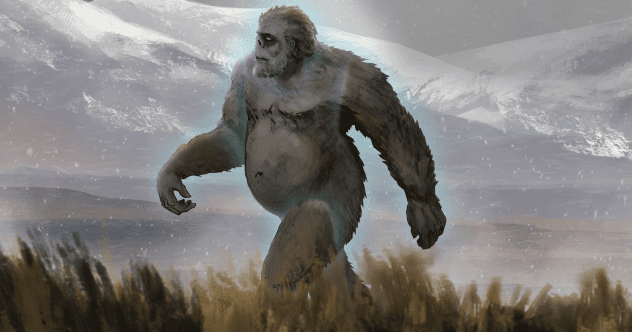 There’s something about monsters that just won’t die. No matter how many times they’re debunked or disproven, these mythical creatures continue to capture our imaginations. Perhaps it’s because we all have a little bit of monster inside of us, just waiting to come out. Or maybe it’s because these stories have been passed down for generations, becoming a part of our collective consciousness.

Whatever the reason, there’s no denying that monsters are here to stay, and here is a list of the monsters who have lived in our collective consciousness for the longest time.

The chupacabra is a mythical creature that is said to live in Puerto Rico, South America, and Mexico, even venturing into the American southwest. It is often described as a dog-like creature with spikes down its back. The first sighting of the chupacabra was in 1995 when a farmer in Puerto Rico found some dead animals with puncture wounds in their necks. There has been a myriad of other supposed sightings, with the latest one being a video from 2019, making this one active monster.

The chupacabra may be scary, but it has not lived for too long compared to the other monsters on this list. Although its myth is certainly becoming an enduring one.[1]

The first recorded sighting of the mokele-mbembe was in 1909 when the famed hunter Carl Hagenbeck wrote of hearing it from others. They had heard about the creature from natives that it was “half elephant, half dragon” in his autobiography Beasts and Men.

In 2016, a travel documentary crew visited many villages in the area and heard one of two stories: either that it was still there or that it had died a decade ago. According to legend, the mokele-mbembe would have lived for around 100 years, and it is interesting to see a mythical creature die which doesn’t happen with most others.[2]

Bigfoot, also known as a sasquatch, is a creature said to inhabit forests, mainly in the Pacific Northwest region of North America. It’s usually described as a large, hairy, ape-like creature.

The history of Bigfoot is shrouded in mystery, with many Native American groups having myths and legends surrounding the hairy creature for generations. A few sightings of it sprang up in the 19th century. Since the 1950s, though, there have been an exceptionally large number of sightings of the creature, but it has never been caught or killed.

Some believe that Bigfoot is a Yeti, a mythical creature from the Himalayas. Others believe it is a descendant of an ape-like creature that lived in North America millions of years ago. There are even those who believe that it is just a human wearing animal skin.

Whatever the truth might be, one thing is for sure: this Bigfoot fellow, if it is one entity, has got to be really old now.[3]

The Yeti, also known as the Abominable Snowman, is a mythical creature that inhabits the Himalayan region of Nepal and Tibet. The Yeti is said to be a large, hairy, human-like creature that is sometimes described as ape-like or bear-like.

The first recorded sighting of the Yeti was in 1832 when a British explorer named B.H. Hodgson reported seeing a large, ape-like creature in the Himalayas. What is it with these 19th-century people and giant apes?! First Bigfoot, and now this?! The myth gained more momentum in the 20th century, with—supposed—photographic evidence of a Yeti print. And like Bigfoot, tales of the mythical beast actually existed for centuries ago in local folklore.

Whether the Yeti and Bigfoot are real or not, it is certainly interesting that both are close to having their 200th birthday.[4]

The megalodon, a shark of insane proportions, was a real creature millions of years ago that went extinct, but some people think it still exists, now making it a mythical creature. The first (more recent) sighting of this megalodon was in 1873 when supposedly “fresh” teeth were found by the HMS Challenger. This led many to believe and fantasize about the continued existence of the megalodon.

This means that the new megalodon myth has been alive for 150 years, which is pretty bad compared to the millions lived by its real counterpart.[5]

The kraken, the giant sea monster of legend, has been terrorizing sailors since the 12th century. The first recorded reference to the kraken was by the Norwegian king, Sverre, in 1180. The kraken continued to inspire fear among sea goers until the latest mention, which seems to be during the early 19th century. This was when the ship Ville de Paris was swallowed up in the water, and the other ships coming to its aid disappeared the same way, leading some to believe this was the work of the kraken.

Octopuses actually have a very short lifespan of one to three years, depending on species, so maybe Sverre should have thought a thousand years ahead and made it a half-immortal jellyfish, half-octopus instead.[6]

The basilisk is a mythical creature with the body of a snake and the head of a rooster. It is said to be able to kill with a single glance.

The first written account of a basilisk was in the work The Natural History by Pliny the Elder, published in the first century AD. Pliny said that the basilisk was born from a cock’s egg that had been incubated by a toad or a serpent.

The legend of the basilisk continued to grow in the Middle Ages, written about in The Canterbury Tales and even by Leonardo da Vinci.

The final sighting of the basilisk is that one is said to have terrorized the inhabitants of Vilnius, Lithuania, during the reign of Grand Duke Sigismund August, which lasted until 1572. This means the basilisk legend lived for 1500 years.[7]

The crazy thing is that Nessie has been sighted a multitude of times across 1500 years of history, including our modern age! The first recorded sighting was in the 6th century when Saint Columba saw something in the water that disturbed him. In the 1930s, there was a spate of Nessie sightings, and the Loch Ness monster became world-famous.

Google even spotted something in the loch in 2006, but it turned out to be a log. To celebrate the Loch Ness monster, they even have underwater photos of the Loch on Google Earth.

That plesiosaur, log, or tree, whatever it is, must now know that loch like the back of its… hand… er, fin… er, whatever its appendage is called![8]

The manticore is a mythical creature with the head of a human and the body of a lion. It is believed to be native to Ethiopia but has also been associated with ancient Persia and Egypt.

The manticore’s first appearance in literature was, again, in Pliny the Elder’s The Natural History. In this work, Pliny describes the manticore as follows: “There is another animal which is called the man-eater [manticorus]. It has a human face, with three rows of teeth in its mouth, and a voice like a trumpet.”

The manticore continued to appear throughout the Middle Ages and Renaissance. In the 13th century, the Italian poet Dante Alighieri included the manticore in his epic poem The Divine Comedy.

Luckily the manticore seems to have died in the seventeenth century when Randle Holme was the last to write “nonfiction” about it. Well, 1600 years is a good run, I guess.[9]

The sphinx has been a part of human mythology for millennia. It is typically depicted as a lion with a human head and is often associated with wisdom and knowledge.

The earliest known reference to the sphinx comes from ancient Egyptian culture, where the creature was said to guard temples and treasure. The sphinx was also popular with ancient Greeks, who believed it guarded the city of Thebes by famously asking a riddle—about the creature that is four-footed then two-footed and then three-footed.

The sphinx myth lived from before 2500 BC, when the Great Sphinx was built, to the 9th century, when the last pagans of Greece lived. At more than 3300 years, this makes it by far the oldest monster myth on this list![10]