10 People Killed or Injured by Their Own Booby Traps

Booby traps are a common movie trope. However, as we are about to find out, they do not only exist in movies. People have created these things in real life to keep criminals and, at times, law enforcement out of their homes and businesses.

However, it appears that booby traps do not always catch the bad guys or the good ones in the case of law enforcement. Many people have ended up becoming victims of their own booby traps. Many have died while others managed to escape with devastating and sometimes life-threatening injuries in a few other instances.

In 2002, Belgian police responded to a suspected suicide in a home in Charleroi, Belgium. The victim was 79-year-old Louis Dethy, who police believed had shot himself in the neck. Dethy bled to death, but as police would later find out, it was not a suicide. Dethy had actually fallen victim to one of the many booby traps he set inside his home.

Scarily, Dethy set the trap to kill his family. He was pissed with his wife for divorcing him and their 14 children and 37 grandchildren for abandoning him. He hit his breaking point when his mother willed his home to one of his estranged daughters. Dethy owned the house, but his mother owned the land.

In revenge, he rigged his three-story home with several shotguns, a pile of plates, and an explosive crate of beer.

A police officer was almost killed after a shotgun went off when he opened a wooden chest. The shot missed him by a few centimeters. Military engineers spent three weeks finding and disarming all 19 traps. Dethy left a clue suggesting there was a 20th trap in the building. However, military engineers never found it.[1]

In November 1986, several police officers responded to a shooting at a home in Houston, Texas. Outside, they found the homeowner, Julius Jackson, bleeding from a gunshot wound to his left leg. Jackson told officers not to go into his home. As the officers later found out, the house was booby-trapped, and Jackson himself was a victim of one of the traps.

In a twist of fate, Jackson had set those booby traps himself. Apparently, burglars frequently raided his home. In fact, he was robbed ten times within five years. This made him set up a few shotguns to fire at the knee of whoever triggered it.

Jackson was transported to a hospital, where he was reported to be in critical condition. A police bomb squad later arrived to disarm the remaining guns. While police did not provide information about the number of booby traps in the home, his ex-wife said he told her he had a shotgun in every room in the house.[2] 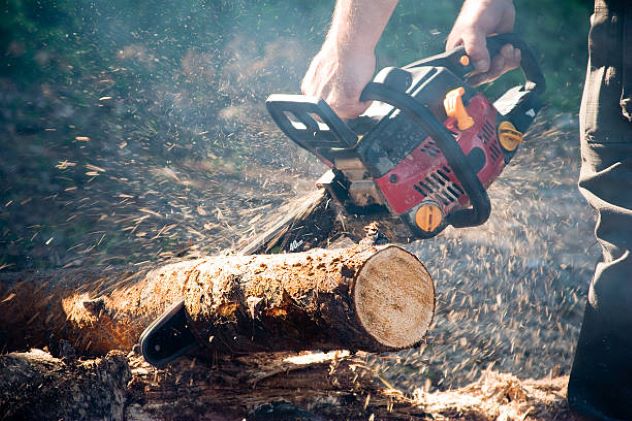 In 2015, Ernest Gaylord Michelberger was cut in half by a chainsaw inside his home in Savannah, Georgia. The scene looked like a murder straight out of a horror movie, except it was not. Instead, Michelberger had fallen victim to a booby trap he set inside his own home.

According to his son, Gunner, his father had booby-trapped his home with two chainsaws and a few guns over concerns that the minorities moving into the area may try burgling him. However, that did not happen before the older Michelberger mistakenly triggered one of the chainsaws, which cut him into two along the waist.[3]

In October 2018, 68-year-old Edwin Cleve called 911 after a booby trap went off in his home in Cleveland County, North Carolina. He told the dispatcher, “I just blew my arm off,” before explaining how a booby-trapped shotgun he set inside his home fired and injured him in the arm.

Smith was feeding squirrels through his back door at the time of the shooting. He was saved from bleeding to death after a man suspected to be a Cleveland County Sheriff’s deputy used a tourniquet to cover his wounds. The dispatcher heard Smith tell the officer, “F**king squirrels did me in, buddy.”[4]

In 2013, 50-year-old Daniel R. Ricketts was decapitated when he drove his quad bike into an almost invincible piano string tied to two marijuana plants on an illegal marijuana farm in Albany County, New York.

Piano wires may appear harmless, but they are extremely strong and sharp. Add the fact that Ricketts was probably speeding at the time of the accident, and you have a deadly weapon in your hands, one as sharp as a sword.

Ironically, Ricketts owned the illegal marijuana farm and installed the piano wires to protect his stash from opportunists, like-minded criminals, and maybe, law enforcement officers. That thing was supposed to cut their heads off.

However, he became his own victim when he rode into it. The wire caught his neck, throwing him off his bike and almost separating his head from the rest of his body. He died at the scene. Police said he was drunk at the time. Police also found several leg traps and barbwires around the farm.[5]

On the evening of Thanksgiving 2019, 65-year-old Ronald Cyr called 911 after he was shot inside his home in Van Buren, Maine. Police and paramedics arrived to administer first aid and transport him to a hospital, but Cyr eventually succumbed to his injuries.

The Van Buren Police Department later established that Cyr was actually the victim of a gun he had fixed to his front door. In a comment posted on Facebook, the department said Cyr had set the gun to shoot at suspected intruders that may try entering his home through the door. However, they did not explain how he ended up being a victim of his handwork.[6]

The Collyer brothers lived in Harlem, New York. The older, Homer, was blind and bedridden, while the younger, called Langley, was his caregiver. The brothers lived alone, spent their time alone, and refused to interact with anyone. The only company they had was the many booby traps and 120 tons of trash inside their home.

The men lived a rather public life in the years preceding Homer’s blindness. However, they became reclusive and retreated to their home after Homer went blind. Langley boarded up the windows and only left the house at night to buy food and collect random items he found along the way. He stored those items in their house until it was no different from a landfill.

Langley set many booby traps in the house to keep curious neighbors and people moving into the area out. He also fed Homer with a hundred oranges a week, hoping it would restore his sight. He had so much faith in Homer regaining his sight that he even saved every newspaper he found so Homer would be able to read them when he could see again.

However, that never happened as Langley was crushed to death after a booby-trapped tunnel collapsed on him while taking dinner to Homer. The blind and hungry Homer later starved to death.

Police found out about their death in March 1947 when someone called to complain about the stench of a decomposing body from the home. Police found Homer’s body, but Langley was missing, raising suspicions that he had fled. A manhunt began but turned up nothing. Police later found his half-decomposed body in the tunnel, 10 feet from where Homer had died.[7]

On September 17, 2017, firefighters from Tubac Fire Department responded to an explosion in an unoccupied home in Amado, Arizona. Inside, they found an unnamed man who they evacuated to a local hospital for treatment.

Investigations revealed the man was the owner of the building and was building a pipe bomb with a friend at the time of the explosion. Investigators determined both men were building the bomb to protect the property. However, the police did not know who they were protecting it from and why. However, they know the bomb went off prematurely, injuring the man.[8]

Sometime in 2018, several residents in a neighborhood in Tomball, Texas, called 911 after hearing gunshots from a home in the area. Residents suspected the shooter had barricaded himself inside his house.

Deputies from the Harris County Sheriff’s Office arrived to find a 73-year-old man outside the house with several wounds to the right side of his stomach. The unnamed man, who also owned the home, told officers, “There’s danger in the home.” A deputy attempted to enter the home but quickly retreated after hearing a gunshot from inside.

SWAT officers later arrived to confront the barricaded shooter but found none. Apparently, the supposed shooter was a booby-trapped explosive set up by the elderly homeowner. The explosive included some small metal fragments and shotgun shells that exploded when triggered. A spokesperson for the Sheriff’s department said the man set the explosives to prevent burglars.[9] 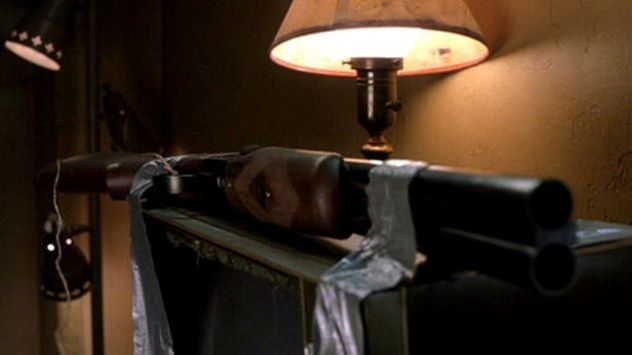 In October 2010, police officers found the remains of 75-year-old Jos Lawrence Potvin inside his home in Levis, Quebec City, Canada. Potvin lived alone and had been killed by a gunshot, leading police to suspect suicide. However, police later established he was the victim of an accidental death.

Before his death, Potvin had informed police that some burglars were trying to steal from his home. Police investigated but found no evidence that anyone was trying to rob him.

Undaunted, the already paranoid Potvin fixed a shotgun to his bedroom door to fire the moment someone stepped on a string that ran across the floor. For some unclear reasons, Potvin stepped on that string, killing himself. He died on the spot.[10]