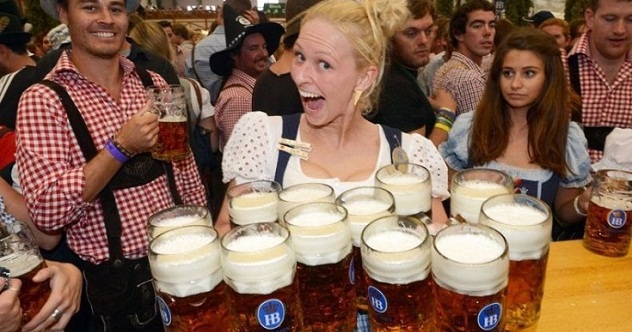 Autumn—the season often welcomed with open arms, especially if you live in a region with sweltering summers. The cool weather, along with the changing color of leaves, makes this time of year perfect for enjoying many outdoor festivals and activities with family and friends.

Not only is it a time to celebrate cooler temperatures and beautiful landscapes, but it is also a time to celebrate plentiful crop harvests and various holidays. While many people typically associate the autumn season with Halloween and Thanksgiving, many other days are celebrated during this time of year, such as Yom Kippur, Eid al-Adha, Dia de los Muertos, and Diwali.

This list contains 10 popular autumn activities and events that took a tragic turn for those involved.

JK’s Pumpkin Patch in Lincoln, Nebraska, unveiled a new attraction in 2018- a giant bounce pad that looked like a jack-o-lantern. Unfortunately, a gust of wind turned the would-be crowd-pleaser into a death trap for a local toddler.

On October 3, 2018, two-year-old Caleb Acuna, his five-year-old sister, Arra, and his parents attended a private event at the pumpkin patch and were enjoying time together on the jumper. However, just moments after Acuna’s parents climbed off the inflatable, a huge gust of wind hit and hurled Arra 30 feet (9 meters) in the air. Acuna became trapped inside the bounce pad as it folded over and carried him more than 100 feet (30 meters) away.

Arra suffered a broken arm, but Acuna suffered severe head trauma due to the incident. He was rushed to the hospital with critical injuries but pronounced dead on October 4, 2018, and taken off life support on October 5, 2018.

It was later discovered that although a wind advisory was issued on the day of the event, JK’s Pumpkin Patch used only a minimal number of stakes to secure the attraction. Acuna’s father went on to file a wrongful death lawsuit against the pumpkin patch and the event sponsor.[1]

The Incredible Corn Maze in Hauser, Idaho, was not your typical corn maze, offering its patrons a zombie-apocalypse experience. In this particular corn maze, visitors would ride through the corn maze on a modified school bus called the Zombie Slayer Paintball Bus.

Eighteen-year-old Jeremy McSpadden Jr was one of the “zombies,” and his job was to pop out of the corn maze, scare the visitors, and attack the bus as they rode inside. The visitors could then fight back and shoot the zombies with paintball guns. Unfortunately, on October 10, 2014, McSpadden lost his life in what was only supposed to be a role-playing event.

McSpadden was in zombie mode, but as he moved out of the corn maze to attack the bus, he tripped, fell, and was run over by the rear tires. He was killed instantly. More saddening, given the premise of the ride, those on the bus assumed this was all part of the experience. It wasn’t until the other role-playing zombies began to prepare for the next busload of visitors that they realized what had happened.

The Incredible Corn Maze was fined $14,000 by the state of Idaho. Their penalty was later reduced to $6,000 when they agreed to cease operations indefinitely.[2]

The Deerfield Township Harvest Festival in Deerfield, New Jersey, had been an annual event spanning over 40 years. Consisting of carnival rides, music, food, and local vendors, the event drew in families year after year.

However, on October 12, 2019, the event turned deadly when 10-year-old Hailey McMullen was ejected from the “Super Sizzler ” ride during the festival. McMullen was airlifted to a local hospital but pronounced dead an hour later.

An investigation was opened into the circumstances surrounding McMullen’s death, and her parents went on to file a lawsuit against the ride manufacturer and operators. The Deerfield Recreation Committee has also canceled the festival in the following years.[3]

On October 30, 2021, seven-year-old Donovan Brashear of Lee’s Summit, Missouri, was enjoying the Quail Meadows Homes Associations’ annual Halloween celebration. One adventure included going on a hayride. Unfortunately, what should have been a night filled with fun quickly took a tragic turn.

Just before 8:00 pm that evening, the young boy fell off the trailer he was riding on. While he desperately tried to hold on, he was later run over by the trailer. He was transported to a local hospital with critical injuries but died that evening.[4]

On September 16, 2017, 21-year-old Cheung Chiu-kit was visiting the Ocean Park theme park in Hong Kong, Japan. As part of the park’s annual Halloween fest, they were promoting a haunted house attraction called “Buried Alive.” On this particular ride, visitors would be put inside a “coffin-turned-slide,” which promised an odd experience—being buried alive all alone and having to fight your way out of the grave. Unfortunately for Chiu-kit, the premise of the ride became a tragic reality.

Chui-kit had completed his coffin ride and approached what he thought was an exit. However, little did he realize he had entered the rear of another slide area. While several staff members stated that they tried to “scare him in the right direction,” Chiu-kit paid them no attention/ This led the staff to believe Chiu-kit too was a staff member, and they let him continue on his way.

As he stood in the rear area behind the slides, Chiu-kit was hit by a falling coffin and knocked unconscious. Due to the back injury he sustained from the falling coffin, he then became trapped underneath, unable to breathe, and suffocated. [5]

On November 30. 2016, 74-year-old Carl Humphrey was raking leaves in his front yard when he was struck and killed by a hit-and-run driver. Humphrey was transported to a local hospital but later pronounced dead.

Local police were able to use evidence left at the scene to identify the driver—21-year-old Kenise Joseph—who lived a few blocks from Humphrey. Joseph initially claimed she thought she hit a mailbox. However, when she realized she may have indeed hit a person, she decided to return to the scene. When she was told by police and emergency responders that they were looking for a suspect, she became frightened and again left the scene in fear of being arrested.

Joseph was later arrested and pleaded guilty to leaving the scene of an accident but was ordered to serve 15 months of home incarceration versus jail time.[6]

Eleven-year-old Noah Chambers was participating in a trunk-or-treat event on November 1, 2019, at the Bethel United Methodist Church in Oak Ridge, North Carolina. Unfortunately, when Chambers attempted to cross the road from one parking lot to another, he was hit by an SUV.

Chambers suffered head trauma, kidney damage, and a fractured pelvis and was transported to a local children’s hospital, where he was placed on life support. Chambers was later pronounced brain dead and passed away on November 3, 2019.

The driver of the SUV remained on the scene and cooperated with police both during and after the accident. No charges were filed against the driver.[7]

Thanksgiving is a time when we gather with family and friends, not only to share a meal but to reflect on what we’re most thankful for. Sadly, for one man in Pennsylvania, his life was unexpectedly taken during this holiday.

On November 25, 2021, 25-year-old Edilberto Miguel Palaez Moctezuma was enjoying Thanksgiving dinner with his family in Norristown, Pennsylvania, when a stray bullet came through the window and struck him in the torso. Unfortunately, by the time police arrived on the scene, Moctezuma was unresponsive and pronounced dead at the hospital.

It was later discovered that 19-year-old Kevon Clarke was the one responsible for Moctezuma’s death. Clarke and his girlfriend had been at a Thanksgiving gathering but were asked to leave. After they left, it was also discovered that some alcohol had gone missing. The girlfriend’s cousin later contacted the couple, and they agreed to return the alcohol. However, when she went to Clarke’s residence to pick up the “missing alcohol,” Clarke came outside with a gun and began firing in the air. One of the shots then entered Moctezuma’s home.

Clark tried to evade capture but was later found and arrested on December 13, 2021. He was charged with first-degree murder, third-degree murder, a various other gun-related charges.[8]

Twenty-year-old Paul Rebalde was an employee of Universal Studios in Los Angeles, California. On October 31, 1986, Rebalde volunteered to work on a tram tour that was part of the park’s Halloween Horror Nights event. This special nighttime event features haunted houses, scare events, and live shows throughout the park in correlation with Halloween.

The parked tram was filled with mannequins dressed as corpses, and Rebalde’s job was to hide among the mannequins, then jump out to scare passengers on passing trams. However, as Rebalde jumped out, he somehow became trapped between the third and fourth sections of the tram. He was run over and dragged approximately 100 feet (30 meters )by the moving tram. He was pronounced dead at the scene.[9]

On September 27, 2013, a 23-year-old Australian man known as Ben M. was attending Oktoberfest in Munich, Germany. However, as he was celebrating in the Hofbrau beer tent, a 30-year-old American woman named Tesia D. put her elbow in one of his friend’s faces. From there, a fight ensued between the two.

During the brawl, Tesia bit down on Ben’s lower lip and refused to let go. As Ben tried to break away, Tesia turned her head and tore 1.2 inches (3 centimeters) of his lip off. Doctors attempted to re-attach Ben’s lip, but the procedure was unsuccessful.