Since the very earliest days of aviation, birds have posed a threat to aircraft. The idea that a small, winged animal could bring down a massive plane seems surprising, but such accidents have caused numerous near-misses as well as devastating crashes and deaths.

In 1905, Wilbur Wright—one of the two famous pioneering aviator brothers—wrote in his journal, “Twice passed over fences into Bread’s cornfield. Chased flocks of birds on two rounds and killed one which fell on top of upper surface and after a time fell off when swinging a sharp curve.” The plane didn’t crash, and no people were injured, but that would soon change.
https://wrightstories.com/bird-strikes/

Here are ten of the most infamous bird-related air disasters

10 Miracle on the Hudson

The most famous bird-strike incident in recent years has to be US Airways flight 1549. Pilot Chesley “Sully” Sullenberger was at the controls of the Airbus 320 when it took off from LaGuardia Airport on January 15, 2009. With five crew members and 150 passengers on board, the flight heading to Charlotte, North Carolina, should have been a routine one. But minutes after takeoff, the plane ran directly into a flock of Canadian geese.

The sometimes-migratory Canadian goose can be a large bird, with heights ranging from up to 48 inches (122 centimeters) and weights up to 24 pounds (11 kilograms). One large goose hitting a plane could be dangerous, but a whole flock of them was enough to damage both engines of the huge airliner. Unable to restart the engines, Captain Sullenberger made the decision to set the plane down on the Hudson River. And less than five minutes after the strike, he landed on the water, saving the lives of all 155 people aboard.

The air disaster captivated the world, and the story was eventually made into a major motion picture, Sully, starring Tom Hanks. [1]

Unfortunately, the passengers and crew of Eastern Airlines flight 375 weren’t as lucky. On October 4, 1960, the Lockheed L188A Electra took off from Logan Airport. Within moments, the plane flew into a flock of starlings. Although starlings are fairly small birds, weighing in at only a mere 3.5 ounces (100 grams), they do flock in huge numbers, sometimes 100,000 birds at a time.

When the plane hit the flock, a number of birds were sucked into engines 1, 2, and 4. Then, with a sudden and disastrous loss of power, the plane rolled and plunged into Winthrop Bay. Sixty-two people died in the crash, and the airplane was completely destroyed. During the investigation, 75 starling carcasses were found on the runway.

8 A Flock of Gulls

Captain Sullenberger wasn’t the only hero pilot who saved the lives of his passengers and crew after a bird strike. On August 15, 2019, a Ural Airlines Airbus A321 taking off from Moscow’s Zhukovsky Airport collided with a flock of gulls. The flight’s captain, Damir Yusupov, was able to land the plane in a nearby cornfield, saving the lives of everyone on board. Although there were a reported seventy injuries, only one was serious enough to require hospitalization. Yusupov was praised as a hero, and images of grateful survivors standing in a cornfield brought to mind the survivors of flight 1549 standing on the watery wings in the Hudson.

Because of the crash, officials investigated the presence of birds and discovered them flocking around two nearby illegal landfills.[3]

7 Gear up for Landing 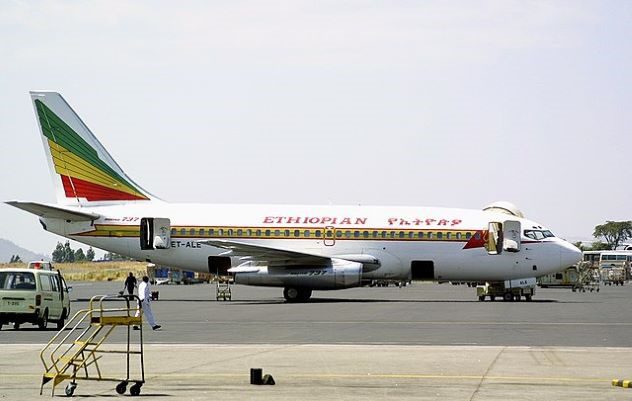 On Thursday, September 15, 1988, an Ethiopian Airlines Boeing 737-260 struck a flock of pigeons. When the plane was about 100 to 200 feet (30 to 60 meters) above the ground, it lost power, and the engines began backfiring. Able to gain some altitude, the pilot turned away from nearby Lake Tana to return to the runway. During the return, both engines failed. The captain still tried to perform a gear-up landing, but when the 737 touched down, it broke apart and erupted in fire.

Initial reports said 31 of the 102 people on board died in the crash but warned there could be more deaths as two people could not be found. The final death toll was put at 35.[4] 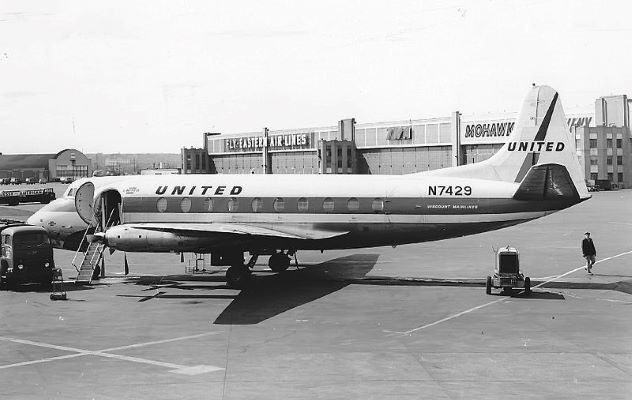 Pigeons, starlings, gulls, and geese aren’t the only birds to have caused crashes. In 1962, it was a flock of swans. On Friday, November 23, 1962, a Vickers 745D Viscount airplane, United Airlines flight 297, took off from Newark, heading to Washington, D.C. During the flight, it ran into a flock of whistling swans. Although whistlers are typically the smallest type of swans, they do have an average weight of 16 pounds (7.25 kilograms)—enough to bring down a commercial airplane.

During the flight, at least two birds struck the plane, one of them hitting a stabilizer. The structure was so weakened that the plane became uncontrollable. It crashed to the ground from approximately 6,000 feet, killing all 17 people aboard.[5]

5 The Birdman Meets His Fate

The very first recorded death caused by a bird strike occurred in 1912. Calbraith Perry Rodgers became the 49th licensed aviator in the world after practicing flight for only one month. Learning of a $50,000 prize being offered by publisher William Randolph Hearst to the first person to fly from coast to coast in under 30 days, Rodgers purchased a 35-horsepower Model EX biplane from the Wright Company.

From the start, Rodgers’s journey was fraught with problems. Being partially deaf, having no navigation tools, and flying a plane Oliver Wright claimed wasn’t up to the trip resulted in numerous hard landings, engine failures, and even crashes. Rodgers realized he would never be able to make the trip in 30 days but was determined to finish anyway, and on December 10, 1911, he did exactly that. His national celebrity didn’t last for long. Just a few months later, on April 3, 1912, while performing at an air show in California, his plane flew into a flock of birds and crashed before a crowd of hundreds. The popular aviator, interestingly called “The Birdman,” was killed on impact.[6]

Created in 1953, The Thunderbirds precision flying group was formed as the U.S. Air Force’s official demonstration team. Their exciting performances still provide thrills to audiences worldwide. But in 1958, the USAF mourned the loss of some of their own.

On Thursday, October 9, 1958, a Fairchild C-123B Provider was carrying a team of supporters for the Thunderbird flyers when it flew into a formation of geese. The aircraft crashed near Payette, Idaho, killing all 19 aboard.

A monument to the crew still stands in Payette, and a ceremony was held in 2018 to commemorate the 60th anniversary of the tragedy.[7]

It isn’t just engines that can be damaged when planes and birds collide. Sometimes, an injury to the crew can have catastrophic consequences. On Wednesday, December 10, 1969, an Ilyushin IL-14P plane operated by Aeroflot/Georgia crashed about four minutes after takeoff. All 17 people aboard died in the crash, which occurred at about 1150 feet (350 meters) over the sea about 2.2 miles (3.5 kilometers) from Makhachkala, Russia.

According to subsequent reports, the cause of the crash was said to be a collision between the plane and a large flock of birds that destroyed the cockpit, not the engine. The report also mentions possible injuries to the crew and the involuntary descent of the aircraft.[8] 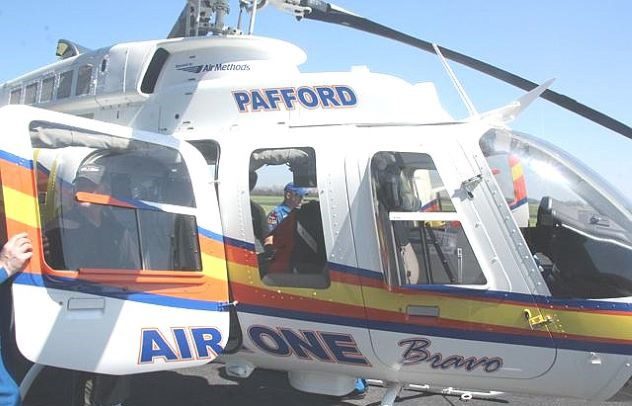 Planes are not the only airborne vehicles affected by bird strikes. On November 19, 2017, air ambulance Bell 407 N620PA was downed when the helicopter collided with a flock of geese. The pilot and two others on board were killed in the crash near Stuttgart, Arkansas.

After the crash, twelve bags of feathers and bird remains were recovered from the crash site and examined by the Smithsonian Institute. Their investigation concluded the remains were snow geese. The white feathers of the geese were actually found embedded in the pilot’s clothing and boot.[9]

Sometimes, it doesn’t even take an entire flock to bring down an aircraft. The deadly crash of a Marine helicopter at Camp Pendleton in 2011 was surprisingly caused by one single bird.

On September 19, 2012, the AH-1W Cobra twin-engine attack helicopter collided with a red-tailed hawk, one of the largest birds in North America. Investigators say the female hawk, weighing about 3 pounds (1.4 kilograms), with up to a 4-foot (1.2-meter) wingspan, struck the helicopter. Within one minute of impact, the rotor and top of the transmission separated from the vehicle. The helicopter broke apart and crashed to the ground, killing both Marine pilots on board. The crash also caused a 120-acre brush fire that had to be put out by other planes and helicopters dumping tons of fire retardant in the area.[10]