10 Thrilling Museum Heists That Haven’t Been Solved Yet

Museums are gateways to the past, giving the public a chance to enjoy artworks and antiques with cultural and historical significance. Since it’s impossible to go back in time and recreate the treasures from that period, these items become priceless. That is until robbers get their hands on them.

The movies How to Steal a Million and The Thomas Crown Affair make museum heists seem incredibly sexy and thrilling. Their real-life counterparts are sometimes just as thrilling, and some have remained a complete mystery. When they exit a museum, these antique pieces become worth hundreds of thousands—if not millions—of dollars. No wonder museums are popular targets of thievery.

Here is a list of the 10 museum heists that have yet to be solved.

When police officers rove a museum, people expect they are there to keep the precious art safe. But the two policemen who visited the Isabella Stewart Gardner Museum on March 18, 1990, walked out with 13 pieces of art. The loot was believed to be worth half a billion dollars. It’s been 32 years since the theft, but the thieves disguised as cops remain unidentified, and the art remains lost.

Several of the stolen artworks were Rembrandt van Rijn’s paintings: A Lady and Gentleman in Black, Christ in the Storm on the Sea of Galilee, and Portrait of the Artist as a Young Man. Three other paintings were Chez Tortoni by Edouard Manet, Landscape with Obelisk by Govaert Flinck, and The Concert by Johannes Vermeer. The rest were Edgar Degas’s five works/drawings on paper and two antique items: a bronze eagle finial and an ancient Chinese gu (beaker).[1]

New developments related to the unsolved case continue to pop up even after all this time. 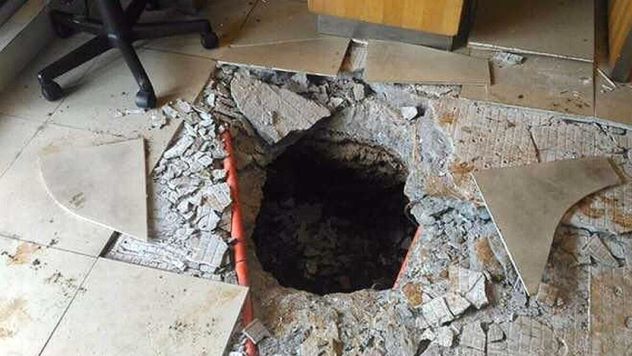 In July 2002, Paraguay hosted the biggest art exhibition in its history. Unfortunately, a group of thieves also saw it as an opportunity for a big payday. It was an elaborate heist two months in the making. According to reports, the robbers rented a nearby storefront and posed as businessmen. Behind the scenes, they were digging an underground tunnel that led to the National Museum of Fine Arts in Asuncion, the exhibition’s venue.

Within two months, they stole 12 paintings reportedly worth $1 million. Among them were Adolphe Piot’s Woman’s Head, Esteban Murillo’s The Virgin Mary and Jesus, Gustave Courbet’s Landscape, and Tintoretto’s Self Portrait. In 2008, Interpol recovered one painting from a black market in Argentina after it was put up for sale.[]

Six men are on trial for allegedly stealing 18th-century jewels from a German museum in 2019. But where are the jewels? Some 21 pieces containing thousands of diamonds worth nearly $120 million were stolen during the Dresden heist in November of that year. The accused are brothers and cousins, aged between 23 and 28, and reportedly members of a notorious Berlin clan involved in many thefts.

They are charged with breaking into Dresden’s Green Vault by starting a fire that cut off the power supply at Dresden Castle. When they entered the building in masks, the security alarms didn’t function because of the power outage. The stolen items include a bejeweled epaulet, rapier, brooches, and skirt buttons.[3]

Vincent Willem van Gogh posthumously became one of the most popular artists in the world. So it’s not a surprise that his The Parsonage Garden at Nuenen in Spring became the subject of a quick robbery at the Singer Laren Museum in his home country of the Netherlands in March 2020.

The thieves broke into the museum at dawn when the museum was temporarily closed due to the pandemic. While the alarm was tripped, the burglars were gone when authorities arrived. Interestingly, the biggest loser from the theft was the Groninger Museum, which actually owned the painting. Said to be worth $6 million now, the van Gogh piece was on loan to the Singer Laren at the time.[4]

It may be hard to imagine that thieves are daring enough to cart away an 11-foot (3.7-meter) bronze statue weighing 4,000 pounds (1,814 kilograms). And yet, that was exactly what three robbers did with the sculpture known as Reclining Figure, which used to lie at the estate of the Henry Moore Foundation. This was the artist’s original piece, with six others sculpted and displayed at museums around the world.

As large as the Reclining Figure was, it was never found again after being stolen in the middle of a night in December 2005. Security cameras captured the thieves with the $4 million statue, but they remain unidentified. It is possible that the sculpture will never be recovered as authorities believe it most likely had been melted down and used as scrap metal.[5]

The Sistine Chapel ceiling, the statue of David, and The Pieta are just a few of the well-loved works by the Italian artist Michelangelo Buonarroti. These are productions that the public can easily access. Unfortunately, it is not the same for the Mask of a Faun, which mysteriously disappeared in 1944.

Also known as the Head of a Faun, the sculpture was a marble representation of a bearded and laughing faun. It underwent a few edits before Michelangelo declared it finished, a positive thing as this is what drew the attention of Michelangelo’s famed patron, Lorenzo de Medici.

The piece was displayed in the Bargello Museum in Florence, Italy, until World War II, when it was taken to Poppi Castle for safe keeping. In August 1944, German soldiers stole the artworks hidden in the castle. They loaded the mask onto one of several trucks, which briefly stopped in Forli, Italy. The truck left there a week or so later. After that, the trail goes cold, and no trace of the mask has ever been found.[6]

Three men were very busy on September 4, 1972. They incapacitated several guards, tied them up, and ran away with $2 million worth of artwork, jewelry, and artifacts from the Montreal Museum of Fine Arts. Among the 18 stolen paintings was a canvas from famed Dutch artist Rembrandt van Rijn.

By 1992, the Rembrandt artwork was estimated to be worth $20 million. The rest of the paintings were also valued at around $20 million. These included Landscape with Vehicles and Cattle by Jan Breughel the Elder’s students, La Reveuse a la Fontaine by Jean Baptiste-Camille Corot, and Vanitas Still Life with Books, a Globe, a Skull, a Violin, and a Fan by Jan Davidszoon de Heem.

It has been 50 years and the mystery remains unsolved—no suspects and not a single piece has been recovered. The heist is considered the largest in Canada’s history.[7]

In 1609, Michelangelo Merisi da Caravaggio painted Nativity with Saints Lawrence and Francis in Palermo, Sicily. It shows Jesus Christ in the manger after he was born. The beautiful painting was of a kind that no one in modern times had seen.

On October 17, 1969, two thieves broke into the Oratory of San Lorenzo in Palermo and made off with the Nativity. While the painting is still lost, some leads suggest that it may be with the Sicilian mafia. Recovering it sounds impossible with this information, even as the FBI is already involved.

In 2015, a replica of the Nativity was commissioned and now hangs at the altar of the Oratory of Saint Lawrence.[8]

The only connection among several heists in different European cities between 2010 and 2015 is that the looted items were Chinese artworks and treasures. It got some people thinking: Could the Chinese government be behind the Great Chinese Heist?

It started in 2010 in Stockholm, Sweden, with burning cars on the streets. As the authorities’ attention was focused on the arson, a band of thieves rushed to the Swedish royal residence and grabbed Chinese antiques from the Chinese Pavilion. A month later, robbers stole various items from the China Collection of the KODE Museum in Bergen, Norway.

The next city was Durham in England, where thieves hit the Oriental Museum at Durham University. A museum at Cambridge University was the next target.

In 2013, thieves—it’s unclear if they were the same ones—broke into the KODE Museum again, where 22 more Chinese relics were stolen. Two years later, a group of robbers hit the Chinese Museum of the Chateau de Fontainebleau in Paris. Most of the items there were objects that French soldiers stole during the sack of Beijing’s Old Summer Palace in 1860. Among the stolen goods were porcelain vases and a mandala made of gold, turquoise, and coral. It bolstered the theory that the Chinese government just wanted their treasures back.

More robberies continued in Europe afterwards, and the targets were similar: Chinese items looted by foreign armies many years ago.[9

Marine explorer Teddy Tucker found an emerald-studded 22-karat gold cross in 1955. The treasure was believed to be from a Spanish galleon wrecked in Bermuda in 1594. Known as Tucker’s Cross, it became the most valuable object found in a shipwreck until 1997.

Tucker sold the cross to the government of Bermuda so it would remain on the island. It was stored in the Aquarian Museum, which Tucker and his wife managed. There, the valuable artifact sat until it was discovered that it was a fake in 1975, just before a visit to the island by Queen Elizabeth. As it turns out, the cross on display was a replica made of cheap plastic. Even today, the couple has no leads on the whereabouts of the original Tucker’s Cross.[10]

10 Places That Are Unexpectedly Creepy

10 Movie Robots Who Would Pass the Turing Test

Joe Jonas Reveals He Uses Injectables: ‘We Can Be Open And Honest About It’