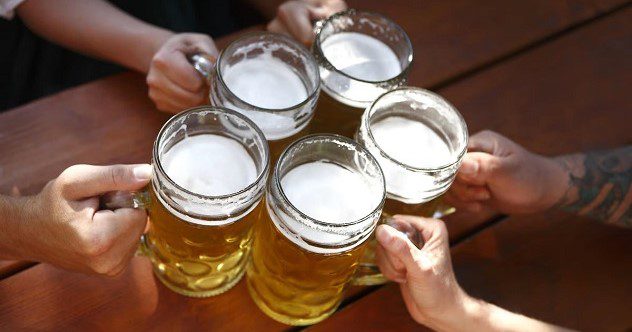 It’s an unfortunate fact that people compare themselves to others. It starts early on in school; we all compare grades with our friends. It continues throughout life as people compare their status and quality of life. Everyone wants to be at the top, right?

Related: 10 Famous Tech Ceos You Do Not Want To Work For

For the sake of all of us, we must limit food waste. Every year billions of tons of food is wasted around the world. While it has often been believed that food waste is more of a problem in wealthier countries, estimates show that the problem is also prevalent in developing nations. Although China and India produce the most household food waste every year, the average volume produced per capita in these countries is less than 154 pounds (70 kilograms). In comparison, people in Australia produce 225 pounds (102 kilograms) of food waste every year on average.

None of us wants to be in the top ten percent of food waste as individuals. However, on a bigger scale, 40 % of the food produced in the United States never gets eaten. This equates to a whopping 365 million pounds (165 million kilograms) of wasted food each day! But the problem is not hopeless. There are things you can do to limit the amount of food you throw away at the nd of the week, including:

Within reason, drinking alcohol can be a fairly harmless habit. However, when drinking reaches “top ten” levels, it is a huge cause for concern. Drinking habits vary widely based on several factors.

According to The Washington Post, 30% of American adults do not drink alcohol, typically for religious or health reasons. The post indicates that drinking just one glass of wine a night makes you part of the top thirty percent of American drinkers.

But this list isn’t about the top thirty percent but the top ten! The top 10% of drinkers average 74 drinks a week, or more than 10 drinks daily. The risks associated with drinking are generally well known, including alcohol poisoning, fetal alcohol syndrome, and an increased tendency towards violence.

Long-term health risks from excessive drinking include a weakened immune system, several kinds of cancer, depression, high blood pressure, and alcohol dependence. Drinking occasionally is a small health risk to most people, but you certainly wouldn’t want to be a top ten drinker.

How much is too much of a good thing? The example that comes to mind for many of us is food. Of course, we need to eat! But it is equally important to maintain a balanced diet and exercise consistently. This is how you maintain a healthy weight. Overeating and binge eating can both lead to excessive weight gain.

Vanity aside, there are many health reasons that you want to avoid the top 10% of overall weight. The CDC notes a variety of symptoms and side effects associated with obesity. These include:

Maintaining your overall fitness levels and weight is important. However, being on the low end of weight is dangerous as well. Regarding keeping a healthy weight, moderation and discipline are key.

Having a lucrative job and a good work ethic can be a big benefit to your life. However, it is important to consider your priorities when it comes to your time. The “rise and grind” mindset has been instilled in many of us since birth. In all likelihood, you do not want to be in the top 10% of weekly work hours. Excessive work hours can lead to health effects, mostly due to stress and lack of sleep. Too many work hours can also strain social and family relationships.

There is no doubt that a steady income is a priority, particularly if you are supporting a family. Working extra hours off the clock, coming to work early, and staying late are all incredibly common. When thinking about working too much, consider your health and your relationship with your family and friends. No matter how many hours a week you work, you only have one life to live.

Golf is a popular sport, and many people play golf casually in weekly or monthly games. In golf, the goal is to complete the course in as few strokes as possible. Many casual golf players do not even keep score.

An 18-hole course is typically a 72 par, where par is the average amount of shots taken. For example, a “par 3” is expected to take 3 strokes to complete. Golf is very hard, though, especially for people that do not play regularly. Courses typically keep records of their official scores. When it comes to these golf scores, you definitely don’t want to be in the highest 10% of strokes! Maybe spend more time at the driving range before your next round.

Making friends is a positive thing. Developing friendships can help your mental health by giving you a community you can rely on. However, in the social media age, we live in, sometimes a friend is just a number on your Facebook page. According to Dr. Mary Kempnich, humans generally have the capacity for only 150 relationships. This probably seemed like a lot before we all started connecting on the internet! Now, many of us have more than 150 online “friends.”

While being friendly is generally good, there is only so much of you to go around. Kempnich explains that 60 percent of our social efforts are used with only (approximately) 15 people. Having “too many” online friends can lead to feelings of isolation, narcissism, and even lowered self-esteem. Of course, having friends and close relationships is important, but don’t spread yourself too thin!

The top 10% of blood pressure falls within the stage 2 hypertension range. It is essential to monitor your blood pressure to ensure it is within a healthy range. If your blood pressure is not in a normal range, make an appointment with a doctor. This is certainly a time when being in the top ten percent is bad (and can even be fatal).

As the saying goes, there are two things for certain: death and taxes. Or is it debt and taxes? Debt surely feels unavoidable to us at some points. It is important to manage your debt by prioritizing higher-interest payments. People commonly experience debt from a car or house purchase, student loans, or medical bills.

According to debt.org, the average amount of debt faced by different generations (in 2020) was as follows:

When it comes to debt, less is certainly more. This is one area where being below average is definitely a good thing.

Mortgages are a major monthly expense for millions across the United States. If you have a mortgage, you definitely want to get the lowest rate possible. Those in the top ten percent of the highest interest rates will end up owing thousands more in interest down the line.

It is true that you likely have little control over the interest rate when you buy a house. However, federal interest rates are important to monitor. You can refinance at a lower mortgage rate when interest rates drop below your current rate. This is another example of when it would be much better to be in the bottom ten percent.

Being tall can definitely be an advantage in some situations. Need something reached on a high shelf? Need an extra player for your basketball team? Need somebody to see over a crowd to figure out what is going on? In any of these cases, you would be happy to be tall or at least have a tall friend. However, those in the top 10% of average height (above 6 feet, 2 inches) also have to deal with some major inconveniences.

You may not want to be excessively tall when:

Another drawback of extreme height is the increased likelihood of joint and back pain. Very tall individuals also have shorter lifespans than their average (and short) counterparts.