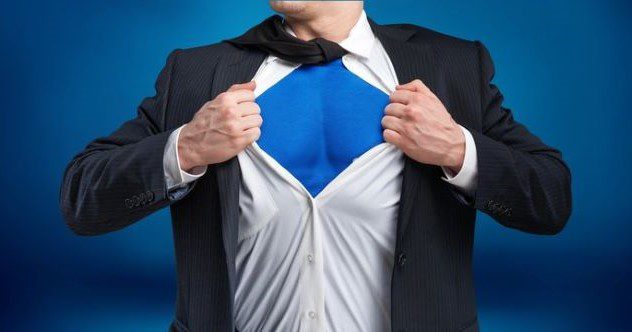 It’s a bird, it’s a plane, it’s… yet another superhero film. Chances are, you probably watched at least one big-budget superhero flick in the past 12 months. Since Iron Man and the Dark Knight premiered in 2008, Hollywood has been pumping out these action blockbusters like they’re going out of style. Due to this popularity, the superhero industry is gigantic. In fact, according to Statista, the combined worldwide box office revenue for Marvel and DC is $28.72 billion.

Whether you’re a comic book nut or skeptic, it is worth your while to check out other franchises or stand-alone features with spandex-wearing supes. These Marvel and DC alternatives cover a variety of topics and themes, from family dynamics to capitalism. Intrigued? Read on to learn about these 10 underrated superhero films and shows:

What if Superman was evil? This is the central question behind David Yarovesky’s superhero horror film, Brightburn. Like Clark Kent, Brandon Breyer crash lands into a cutesy hometown as an infant and is adopted by a childless couple. Everything seems hunky-dory until Brandon starts chanting, “Take the world.” Uh-oh. Before long, the teenaged alien turns full homicidal maniac, and let’s just say the body count would put many DC villains to shame.

Even though critics panned Brightburn, we still recommend it for the unique concept alone. The horror supervillain movie is an underexplored idea! Brightburn may not be the popcorn, quip-filled romp we expect from Marvel, but still, the film pushes the boundaries of the superhero narrative. Plus, who doesn’t go crazy for the evil kid trope? Orphan, anyone?[1]

One of Netflix’s darlings, Raising Dion, uses the superhero genre to discuss issues of race and single parenthood in America. Dion, the titular hero, is an eight-year-old Black boy who develops the power of ion manipulation (that’s telekinesis, levitation, invisibility—the whole kaboodle). Talk about growing pains! Dion’s widowed mother, Nicole, tries her best to help Dion manage his powers while also investigating the mysterious circumstances of her husband’s death. But, little do they know, several people have a vested interest in exploiting Dion’s power.

Given Hollywood’s poor track record with diversity, it is refreshing to see a superhero series with a young Black boy as its star. And it’s not cheap lip service either! Many have applauded the show for exploring racially charged topics in an age-appropriate way. Dubbed as “perfect fodder for families,” Raising Dion’s two seasons are definitely a must-watch for viewers of all ages.[2]

Everyone loves a good anti-hero story, and DreamWorks’ Megamind is one of the best. Will Ferrell voices the movie’s offbeat protagonist, a super-genius supervillain who miraculously defeats his nemesis. The luster of Megamind’s victory soon wears off, though, and he decides to create a new superhero. What could possibly go wrong!?! As far as children’s movies go, Megamind teaches important lessons about who can be a hero and the power of love without rehashing the same plot points.

Aside from being a wholesome flick, Megamind is also laugh-out-loud hysterical. Remember, DreamWorks gave us the meme-haven that is Shrek (2001). So, it should really come as no surprise that this comedy is another winner. And with a sequel in the works, there’s no time like the present for revisiting this charming film.[3]

In another animated entry, Amazon’s Invincible follows teenaged Mark Grayson as he adapts to his superpowers and the perils of adolescence. For context, he’s the son of Omni-Man, this universe’s analog for Superman. Mark fights a series of foes as the yellow-and-blue spandexed Invincible, getting absolutely clobbered in the process. Can he defend Chicago, get the girl, and land a college acceptance? Only time will tell…

Don’t let the animated format fool you, though. Invincible is one of the goriest titles on this list and is not suitable for your little Justice Leaguers.[4]

Like Invincible, Chronicle explores heroism in the context of high school. It’s a low-budget film that accomplishes a lot through found footage and raw performance from its relatively young cast. The story centers around Andrew, a bullied, abused, and misunderstood teenager coping with his mother’s worsening cancer. When Andrew suddenly gains telekinetic powers, his glow-up earns him instant popularity, but he soon resorts to aggressive behavior to avenge and protect himself. The maxim “absolute power corrupts absolutely” comes to mind.

Without giving too much away, let’s just say that the hunter becomes the hunted very quickly! Andrew’s two best friends try to save him from himself, but whether or not they succeed is for you to judge. Today’s lesson: teen angst and superpowers do not mix well.[5]

Superheroes, meet capitalism. This dark series, based on the (even darker) comic of the same name, reimagines the Justice League—if they went commercial. In The Boys, the world’s leading caped crusaders, coyly called The Seven, are sociopathic machines owned by the shady corporation, Vought. Of these dubious heroes, Homelander, The Boys’ interpretation of Superman, is particularly haunting given his utter lack of empathy and sadistic tendencies. Only one faction dares to defy The Seven: a scrappy group of normals who call themselves, you guessed it, The Boys.

If you’re one for political commentary, The Boys will definitely scratch that itch. Pointedly, the second season contended with timely themes of White supremacy and mass disinformation. We’re not one to hype up online forums, but the r/TheBoys space is a fantastic space to analyze some of the show’s thematic content. And with the season 4 renewal, now is the perfect time to catch up on this addictive series.[6]

Looking for something quirky? This show is a fitting choice for those in the market for an outside-of-the-box superhero watch. The Umbrella Academy refers to seven super-powered infants adopted by Sir Reginald Hargreeves. The kids are not related, but they were all born on the exact same day under mysterious circumstances. When their patriarch dies, this motley crew bands together to uncover the mystery behind their father’s death and to prevent the end of the world. Cue time-traveling, sibling rivalries, and plot twists!

With a talented cast including Elliot Page and Tom Hopper, Netflix’s The Umbrella Academy is a masterclass in acting. Not to mention, the soundtrack is impeccable! The third season just dropped, so don’t miss it![7]

In the mid-2000s, Heroes blended drama with action to create one of the most iconic superhero series to ever grace the small screen. Unlike most of these entries, Heroes is not based on a printed comic. Its story is completely sourced from the chaotic mind of Tim Kring. And by chaotic, we do mean genius! The series rocked television in this era and went on to inspire other related media, from a novel to a (panned) spin-off series, Heroes Reborn.

Kring brought together one of the largest television casts to tell the story of ordinary people who suddenly gained superpowers. Yet another star-studded cast, the show features Hayden Panettiere, Zachary Quinto, Kristen Bell, and Milo Ventimiglia. As viewers fell in love with these characters, Kring’s original vision for an anthology series quickly shifted into an ongoing narrative. While most Heroes fans only swear by the first season, it’s still a binge-worthy watch for most hero-enthusiasts.[8]

There’s only one thing better than a superhero movie, and that’s a supernatural superhero movie! In The Crow, the murdered musician Eric Draven is resurrected from the dead and seeks revenge against his killers. In true Edgar Allen Poe style, Eric follows the lead of one crow to track down these villains. The film is an adaptation of James O’Barr’s equally creepy comic.

A bit of tragic history for this one! Brandon Lee, the son of martial artist Bruce Lee, played Eric Draven but died during production due to a faulty fake gun. He was only 28. Just like his father, Brandon died young and never saw the success of his breakthrough film. For this reason, it’s no exaggeration to call The Crow a cult classic.[9]

Last but certainly not least is this underrated Disney gem, Big Hero 6. In this animated film, robotics prodigy Hiro teams up with other techies and his lovable robot companion Baymax to protect their city of San Fransokyo. Yes, you read that right! Big Hero 6 imagines a futuristic city where both San Francisco and Tokyo have combined into one city. Believe it or not, that’s just one of the film’s fascinating elements. It’s truly the most creative introduction to the world of STEM for young viewers.

This film has all of the trappings of a solid Disney flick. Lovable characters, dead family members, semi-predictable plot twists—everything you need for a feel-good superhero adventure. It’s a major win for representation with women in STEM characters and Asian representation. And the wholesome story continues through Disney’s Baymax!, one of the newest series on Disney+.[10]