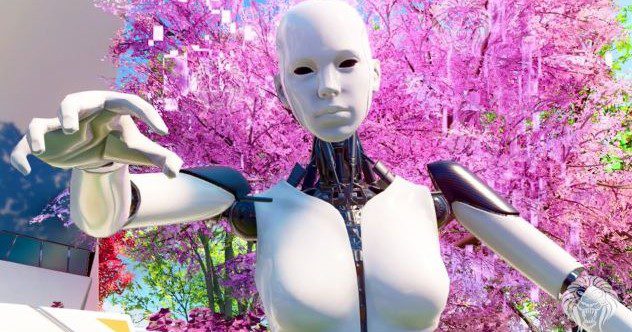 Video games are notorious for having secrets. To be truthful, every video game enthusiast knows that the moment you know all the secrets in a particular game, it becomes unattractive, and you need to find another one. This is why video game developers make their games as mysterious as they can be so that there is always one secret or another hiding within. And often, it takes a long time to discover every secret the game has to offer.

10 The Forgotten Crypt: World of Warcraft

World of Warcraft is a video game with great diversity regarding its locations. This is why we are quite surprised and terrified that the Forgotten Crypt would be in this game. The Forgotten Crypt is a location that lies behind the tower of Karazhan in the cemetery at Morgan’s Plot. It is an abandoned location that was not completed; as such, the location cannot be accessed during normal gameplay. Fans have theorized that the place might have been a testing ground of sorts for developers. The area can be accessed when a player dies close to the gate and runs through it as a ghost.

In the Forgotten Crypt, there is the room of upside-down sinners, which contains dozens of humans hanging upside down in water with ropes tied to chains. The sight of this is terrifying, and if this location was fully implemented in the game, World of Warcraft would have an ESRB rating of “M” and be restricted to players aged 17 and above. The Forgotten Crypt is a video game secret we wish we had never found.[1]

The original Super Mario Bros has a secret “Minus World,” which can be reached if the player survives until the end of World 1-2 and then executes certain tricky movements. The Minus World is a glitch level. It is an underwater level that is exactly like World 7-2; the only difference is that it cannot be finished. The tunnel at the end of the level is glitched, and rather than take a player to the next stage, it takes the player back to the starting point.

Once in this level, it is impossible to escape—the certainty of “Game Over” is one hundred percent. The Minus World is the last place a video game player wants to visit; the reality of being stuck in a loop you cannot beat is absolutely terrifying. Almost everyone on this planet has played Super Mario at some point, yet only a few people know of its existence. The most bizarre thing about this entry is that the lucky people who have found the “Minus World” do not count themselves lucky at all.[2]

8 Monster Under the Bed: Death Stranding

Death Stranding is a particularly creepy video game. Set in a post-apocalyptic America, players spend several hours trekking over an empty landscape to deliver parcels with a baby strapped to their chest. The video game is full of creepy secrets, and one of them you will find when you are in Sam’s room. While Sam is sitting on the bed, players can move the camera around and zoom in to get a closer look at different parts of his body. If the player zooms in on Sam’s crutch, he becomes aggressive and eventually punches the camera.

However, if a player zooms in on Sam’s feet, something really weird happens—a humanoid creature wearing glasses appears from under the bed and grabs Sam’s ankles. Its grip will make Sam struggle and panic. As a video game player, running into this monster without prior warning might send you into a panic attack, a video game secret we wish we never discovered.[3]

A true video game enthusiast would have played Call of Duty: Finest Hour. The ghostly room is a bizarre secret location within the video game. It is located on the level called Underground Passage. In that passage is a door that seems not to open, but if a player throws two grenades at it, goes up to it, presses the action button, steps back, and throws one more grenade at it, the door would open.

In this room, you will see candles floating in the air. On the ground is a small Sherman tank moving about the room, and a miniature P-51 Mustang plane can be seen flying around the floating candles. There is a very dirty toilet on the right and at the center is a cradle that harbors the ghost of a young boy. Under the stairs is the biggest rat you will ever see. Another creepy room you might not want to explore.[4]

6 In PT, Lisa Is Always Behind You

PT is one of the scariest video games ever made. In the game, a player gets to investigate a haunted house, and you can never tell what is coming for you. Playing the game is anxiety-inducing because there is a feeling that the ghost of Lisa is always behind you. You can hear her screams when you walk down the corridor, and sometimes, you see her shadow on the wall. As a video game player, you always have this eerie feeling when playing the game. Guess what! Lisa is always right behind you, and we wish we had not found that out.

We would not have known this if not for a camera hack by a video game enthusiast. We now know that the moment the player character picks up the flashlight, Lisa attaches itself to the back of the player character. The developers of the game deliberately made it this way. The presence of the ghost of Lisa behind you always gives you the chills. You cannot refer to yourself as a brave video game player until you play PT.[5]

A Towerful of Mice is a secondary quest in the video game The Witcher 3: Wild Hunt. During the quest, Geralt will be tasked by Kiera to investigate a haunted tower and find a way to break the curse that afflicts it. With the aid of a magic lantern, Geralt will be able to see the tragic history of the island, which would enable him to solve the curse’s riddle.

In the game, while holding the magic lantern, there is one spirit lingering in the tower that almost every player misses. When standing at a certain point during your investigation of the haunted tower, you can see a mysterious figure looming at the opposite end of the room. If you move too close, it will promptly disappear until you return to that spot, and it will reappear again. Ordinarily, a video game player is ready to complete a mission and confront anything along the way—but that is when you know what you are facing. We do not know what the mysterious figure is; neither do we know its mission. Its presence there only makes the game more sinister.[6]

4 Headcrab Zombies Are Screaming for Help in Half-Life 2

In the video game Grand Theft Auto 5, there is a serial killer known as the Infinity Killer. He is never seen in the game, but his evil deeds can be seen. His name is Merle Abrahams, and he murdered eight people in the game–all of them male joggers. Merle Abrahams was eventually arrested but never made it to trial. He died in prison and never admitted the murders.

In order to discover where he buried the bodies, a player has to follow several clues throughout the game. One of the clues leads right to his home, where you will find bizarre handwriting on the wall stating that “There Will Be 8.” If you follow the clue to the end, you will find out that, indeed, there were eight victims. Definitely a home to give a player the chills.[8]

Dark Souls is a popular video game, but the egghead status remains a secret for many players. There are certain video game characters in the game that are referred to as Egg Burdened. They are usually passive and serve the “Fair Lady.” However, when they become hostile, they attempt to grab the video game player’s character. If successful, a maggot will burst forth from one of their eggs and latch unto the player. This will infect the player with a parasitic egg.

The egghead status is quite bizarre. Once the player’s character is infected, it starts to scratch its head, and after a short time, the player’s head transforms into an ugly-looking egghead. The egghead effect will prevent the player’s character from wearing a helmet. It will also decrease their fire resistance and the number of souls gained by fifty percent. The egghead status does not improve the player’s ability to complete the mission in any way; it only reduces it. The best course of action is to avoid the Egg Burdened in the game. Moreover, they can be easily avoided due to their slow speed. [9]

The zombie mannequins of the video game Call of Duty: Black Ops III is a hidden secret that we wish we did not find. In the video game, Nuketown has futuristic mannequins positioned around it. They are ordinarily harmless and stationary, but a video game player can bring them to life by shooting off all their heads within a set period of time.