10 Ways Doorbell Cameras Pose a Threat to Privacy and Security 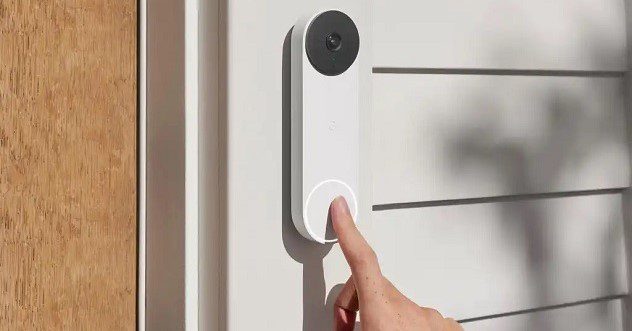 Doorbell cameras like Ring and Nest are one of the newest developments in the ever-growing world of smart devices. Tiny recording devices face out of people’s doorways, constantly monitoring. Motion sensors scan to see if anyone comes near the home, logging every time someone pushes the buzzer.

Of course, the companies that sell these devices claim that they play a vital role in home security. But others are much more skeptical. They argue that the systems are capitalizing on a growing social paranoia, that their surveillance is an attack on people’s privacy, and that the practices of these major tech corporations are anything but trustworthy. Here are ten ways they may threaten your security.

10 Big Business Is Collecting your Data

It’s no secret that most, if not all, major tech firms are constantly harvesting people’s data. There’s big money to be made in tracking all our personal information. Social media sites, streaming services, messaging services, they’re all at it. And doorbell cameras are no different.

So exactly what information do these devices have access to, and how much do they store? Well, it’s a lot more than many users realize. Let’s take Amazon’s Ring, for example. There are the usual things like name, address, payment information, and Wi-Fi access. But it’s doorbell activity too. After a BBC information request, Ring revealed that they keep a record of every time the bell is pressed. Whenever the camera detects motion or a user zooms in on the footage, they log that as well.

But what about the privacy of people passing by? That’s where it gets trickier but also arguably more sinister. The devices aren’t always filming, but they can be triggered by movement up to 25 feet (7.5 meters) away. This means that anyone walking past having a conversation could be unknowingly recorded, and Ring would then have access to any of that footage. Tests by Consumer Reports showed that Ring devices can pick up audio from a distance of 20 feet (6.1 meters).

“Ring impacts everybody’s privacy,” explains Matthew Guariglia from the Electronic Frontier Foundation (EFF). “Most immediately, it impacts the people who walk down the streets every day, where the cameras are pointing out.”[1]

In December 2020, dozens of Ring users filed a lawsuit after their devices were hacked. They say a lack of security left them open to blackmail, death threats, and racist abuse.

There are many examples of hackers infiltrating smart doorbells to harass or intimidate people. One user, a vulnerable older woman, heard a voice saying to her, “Tonight, you die,” and was subjected to sexually abusive remarks. She had been in an assisted living facility at the time. Her family had bought the smart camera to keep an eye on her. But the incident left her feeling too unsafe to stay there. In another case, a mother alleges that hackers played music from the horror movie Insidious to scare her children.

The suit includes complaints from more than 15 families, who all have similar experiences. They claim that Ring “blamed the victims and offered inadequate responses and spurious explanations.”[2]

In 2020, a wave of Black Lives Matter protests swept the U.S. following George Floyd’s murder. The movement drew a range of responses, from vocal support to fierce criticism, as did the police. But in the aftermath, the Los Angeles Police Department (LAPD) faced particular criticism from privacy campaigners, who accused the force of using doorbell camera footage to crack down on people’s right to protest.

The EFF made the claims against LAPD in February 2021. After the protests, police contacted residents and businesses and asked if they would share footage to help them investigate alleged crimes. A spokesperson described their actions as “not uncommon.” But EFF argues that this surveillance is an attack on the privacy of the protestors, the majority of whom acted peacefully and within the law.[3]

In January 2020, Amazon’s Ring once against found itself at the center of controversy when it emerged that staff had accessed users’ private videos. Five Democrat senators contacted CEO Jeff Bezos a few months before asking about the company’s security practices. They asked various questions about customer privacy, including why the staff at the office in Ukraine had access to customer footage.

In their response, Ring admitted to investigating four staff members for inappropriately accessing customers’ videos. Although the company found that the employees were within their right to view the footage, they “exceeded what was necessary for their job functions.” All four were fired.[4]

The rise of doorbell cameras means that delivery workers are now subjected to invasive monitoring by customers. So say tech institute Data & Society in their report “At the Digital Doorstep.” “The result,” the team goes on to say, “is a collision between the American ideas of private property and the business imperatives of doing a job.”

Delivery workers, the institute lays out, are one example of the ever-growing gig economy. Workers are not hired as employees but treated as independent contractors. According to delivery companies, this offers more flexibility and independence. But the institute argues otherwise. “These marketed perks have hidden costs: drivers often have to compete for shifts, spend hours trying to get reimbursed for lost wages, pay for wear and tear on their vehicle, and have no control over where they work.”

The team says that the on-the-ground reality is delivery workers are pressured to perform increasingly unsafe staff in the name of productivity quotas. Smart doorbells, they found, only make this worse. According to their report, customers with video monitoring are more likely to report delivery drivers—either to tech firms or the police—or shame them by posting the footage online.[5]

Smart doorbells threaten the safety not only of customers but passers-by as well. This is particularly true if the user happens to be prone to extreme and unwarranted violence.

In October 2022, a man in Florida received someone else’s medication that had been sent to the wrong address. So he went to the apartment of Gino and Rocky Colonacosta and dropped the prescription by their front door. This triggered an alert from the video camera of their phones. The Colonacostas’ response was, in the words of Polk County Sheriff Grady Judd, “crazy.”

The pair, armed with .45-caliber handguns, went out of the apartment and began looking for an intruder. What they found was a woman sitting in a car nearby checking her phone. Gino, 73, pointed his gun at the vehicle and told the woman to get out, at which point she drove off in a panic. The father and son opened fire on the fleeing woman, firing seven rounds at the car. “Our victim was that close to death,” Polk told reporters, “And certainly, had there been a baby in the car seat, the baby would’ve been killed.”[6]

Google Nest encompasses a range of smart products and devices, including doorbell cameras. In 2020, one user looked over at her central Nest Hub and saw camera footage from a front door. The only issue was she didn’t have a smart doorbell, and the porch on screen was that of a stranger.

Yes, a software issue gave the Nest user accidental access to another person’s doorbell feed. Her husband posted about it on Reddit, asking if anyone knew whose Nest system it was into which they had suddenly gained such obtrusive insight. As you can imagine, many of the commenters were concerned and puzzled. Another Reddit user, believed to be a Google employee, agreed to address the problem. But other than that, the company made no statement about the error.[7]

A man in Britain may have to pay £100,000 ($120,000) to his neighbor after a judge found that his smart doorbell was too intrusive and infringed on the neighbor’s privacy.

John Woodward, a 45-year-old audiovisual technician, living in Oxfordshire, first got the device in 2019. His car was almost stolen, and he wanted to increase security around his house. However, his neighbor, Doctor Fairnhurst, claimed otherwise. She said the doorbell camera put her under surveillance, filming and recording audio of her house, garden, and parking space.

And in 2021, when the case made it to court, the judge agreed. Melissa Clarke found that Mr. Woodward had violated several British laws, including the Data Protection Act 2018, the UK General Data Protection Regulation (GDPR), and Common Information Coverage Law.[8]

We’re back with the Electronic Frontier Foundation for this next entry. Along with their report on delivery worker privacy, in January 2020, the group took umbrage with the Ring for Android app, which they say could be monitoring users.

An investigation uncovered that the app often shares personal user information with third-party trackers. This includes names, IP addresses, mobile network carriers, and sensor data. They explained that although many apps share data, Ring stood above the rest for the number of trackers. Ring was also accused of understating the level of data collection on its website.

“Ring claims to prioritize the security and privacy of its customers, yet time and again, we’ve seen these claims not only fall short but harm the customers and community members who engage with Ring’s surveillance system,” said Bill Budington, who authored the report into the doorbell app.[9]

1 Sharing Private Information with the Police

Perhaps the most controversial news story to emerge in recent years about Ring is about sharing footage with the police. In the first half of 2022, the company allowed authorities to view at least 11 recordings without the owners’ permission.

The information came to light after Senator Ed Markey raised concerns about Ring’s surveillance practices. As the company explains, police cannot access footage unless the clips are posted publically or shared with them directly. The letter to Senator Markey was the first confirmation that Ring share information without users’ consent.

Amazon stresses that they only share footage without a warrant in emergencies to prevent death or serious physical harm. They say they only intervene in cases like kidnappings or attempted murder. However, privacy campaigners are disgusted by the revelations, with some going so far as to accuse the company of creating a civilian surveillance network.[10]