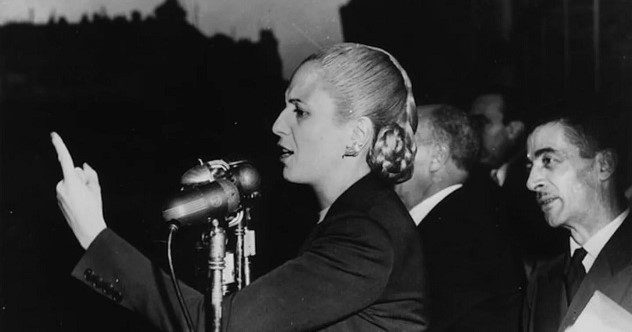 When historians delve into the murky waters of totalitarianism, colored by the bloody unwashed hands of political tyrants, they often highlight the chaos left in their wakes, the hardship brought upon the oppressed, or the sheer horror of their rule, only mentioning the other halves as a sideline to their story. However, the women in the lives of these dictators often play a prominent role in how power-hungry or evil they can be.

Some of these so-called dictator wives, like Lucia Hiriart, wife of Augusto Pinochet, and Asma Al-Assad, the wife of notorious Bashir Al-Assad, avoid the pitfalls of dictatorship. But with riches earned off the back of bloodshed, some of them are not so lucky. Here are ten wives (or mistresses) of dictators that met unfortunate ends.

Related: 10 Family Secrets That Will Truly Horrify You

Elena was the wife of the communist dictator of Romania, Nicolae Ceausescu—who succeeded to the leadership after Gheorghiu-Dej passed away in 1965. Her fall was as magnificent as her husband’s rise to power. One of the most powerful women in Eastern Europe during the final decades of their rule, Elana was an important cog in their time in power, which left Romania in economic, social, and moral ruin.

Considered to be immensely vain, she also brought about the ruin of Romania’s Academy of Sciences as the institution lost control of all 50 institutes originally under its jurisdiction. To this day, controversy remains regarding her accreditation in many scientific papers. On Christmas 1989, the government collapsed, and Elena and her husband Nicolae were executed later that same day by firing squad.[1]

The self-proclaimed last rightful king of Scotland, Idi Amin, was the murderous dictator responsible for the death of an estimated 300,000 people. Yes, the smiling deviant had a way with the ladies, and Kay was happy to indulge him with his psychotic tendencies. Kay Amin was Idi’s fourth wife, whom he met while she was studying at Kampala University, despite his already being married.

Seven years later, the couple split after Idi added yet another wife to his repertoire of angels. Less than one year later, in a death shrouded in mystery and uncertainty, Kay’s body was discovered in the trunk of a car, dismembered and sewn together in an unrefined fashion. The car belonged to a doctor with whom Kay was rumored to have had an affair. The doctor’s body was found the day before, ruled a suicide. We should probably take that with a grain of salt.[2]

No list of dictators would be complete without Adolf Hitler. The man needs no introduction, and his atrocities are well documented. Almost as famous as his reputation as a murderous racist maniac is his exploits with photographer and long-time mistress Eva Braun. Not involved with any of his politics, she was a safe haven for the Führer to escape from killing and pillaging entire nations by providing a simple life of domesticity and relaxation—skiing, swimming, and laughing.

Hitler did not allow her to be seen with him in public, and unlike many others on this list, she remained out of the spotlight. In April 1945, the same day the Americans liberated the Dachau concentration camp, Eva and Adolf were united in marriage and then committed suicide together as the Russians closed in around them. It must have been love, then. Who else would have made such a permanent commitment?[3]

Joseph Stalin, the poster child of communism and way up there with the worst on the kill counter, was responsible for millions of deaths (possibly as high as 60 million). The atrocities of his regime were not limited to enemies of the state or neighboring countries who stepped out of line; the majority were his countrymen killed in camps, executions, and famine as a result of failing policy.

Nadezhda Alliluyve’s, Stalin’s second wife, death was ruled as a suicide at the age of 33. Just like all the oligarchs who continue to mysteriously fall from windows at the moment, one can definitely be somewhat suspicious of Russian reports of suicide, even if there were rumors that she was driven to it by Stalin’s behavior.[5]

María Eva Duarte married Juan Peron in 1945, and she was involved in his campaign to become the next Chilean president, which he did in 1946. Unfortunately, her death would come only a mere six years later. However, before that occurred, she became a beloved symbol to the people of Chile. Her work with the poor and advocacy for women’s suffrage made her a very popular woman. Nothing so unusual about this so far. Well, it soon gets disturbing.

Eva was diagnosed with cervical cancer, but her husband did not tell her. In fact, it was kept a secret so that the people would not see her as weak. Since she was Juan’s connection to the Chilean masses, he didn’t want anything to change that. In fact, he kept the real reason for her treatments and surgeries from her, with rumors of having ordered that Eva receive a lobotomy—supposedly to help her with pain. But this isn’t all.

After Juan Peron was deposed in 1955, his enemies stole her corpse, which was kept hidden in Italy for 16 years. Her body was eventually returned to Juan, who was living in exile in Spain at the time. Upon his death in 1974, Juan’s third wife, Isabel Peron, entombed Eva with her husband in a crypt in the presidential palace in Chile. Only two years later, when new military leadership took over the country, Eva was finally returned to her family, who buried her in La Recoleta Cemetery in Buenos Aires.[5]

Khieu Ponnary was the wife of the revolutionary Pol Pot (actual name Saloth Sar), the man who presided over the brutal Khmer Rouge regime starting in early 1975. Pol Pot was a man who was responsible for the death of more than a million Cambodians but still managed to live long enough to have age take him rather than a guillotine.

Married in 1956, Ponnary was also a communist by heart and eight years his senior. She was also the first Cambodian woman to obtain a bachelor’s degree and taught linguistics and literature. She tested the waters of extremism politics before paranoia got to her, convinced that the Vietnamese were out to kill her and her husband. Incapacitated by her mental health for the remainder of her life, she passed away, out of the public eye.[6]

Yang Kaihui was the second wife of Mao Zedong, the leader of the Communist Party in the Republic of China, a man responsible for millions upon millions of deaths. Mao’s first marriage was arranged when Mao was only 13—they never lived together, and Mao never acknowledged her as his wife). Kaihui shared Mao’s political views and, shortly after meeting him, took up membership in the party. Her marriage to Mao ended when he took up with another woman, Mao’s second wife, He Zizhen. And that should have been the end of it.

But they were in a civil war, and as you may have noticed from this list, there aren’t many happy endings. In November 1930, Kaihui was captured by a Guomindang warlord and executed in front of her infant son. It doesn’t always help to get out while you still can—it also didn’t help that she maintained her political views throughout her life.[7]

The women in Mao’s life had about as torrid a time as his unfortunate subjects. As the fourth wife of Mao Zedong, a movie star, and part of the infamous Gang of Four, Qing was the most influential woman in the People’s Republic of China until Mao passed away in 1976. Then, her steady downfall began.

Jian was arrested in 1977 and expelled from the Communist Party. Three years later, Qing and the other members of the Gang of Four were held responsible for provoking turmoil and bloodshed, charges which she denied while denouncing the courts and the current leadership. She was found guilty and sentenced to death. Two years later, the Chinese government changed her sentence to life imprisonment. In 1991, Jian Qing reportedly committed suicide in prison.[8]

Another woman many might already know is Imelda Marcos, the wife of Ferdinand Marcos, a lawyer and politician. He established an authoritarian regime in the Philippines, which came under severe criticism for suppression of democratic processes. Imelda was also known as the Steel Butterfly and the Rose of Tacloban for her fashionable beauty. She married Ferdinand after only two weeks in a very Hollywood move, and so began her time in the political spotlight. Unlike others on this list, she is still alive—as of this writing—but still met with some unfortunate events.

Considered by most as an asset to the leader, she oversaw numerous beautification projects in Manilla. This position swiftly changed after her husband declared martial law, and the rest of the world characterized her as a drain on the treasury (how many shoes did she have?) and a proponent of nepotism. After a controversial election, the Marcos family fled the country to Hawaii—with gold and jewels galore—where they spent their time in exile.

After her husband died in 1989, she returned to the Philippines, holding office in the Lower House. In 2018, she faced a setback as she is now on bail after being sentenced for embezzling $200 million in funds decades ago. Her son, Ferdinand “Bongbong,” was elected to the presidency in 2022. What does this mean for the former Steel Butterfly?[9]

Benito Mussolini, the famous Italian dictator and Nazi sympathizer, had a wife, Rachele Mussolini, who lived out her life in peace at her home in the town of Predappio. Clara, Benito’s mistress, who was comfortable with her role in the public eye as his mistress, remained by his side until the bitter end. Mussolini, having an insatiable thirst for women, was open about his affection for Clara, noting that she was the only woman he ever truly loved.

After the Nazis lost their grip on northern Italy, Mussolini met with a group of partisans, knowing his hold on Milan was on shaky ground. After learning the situation was even more dire, he stormed from the meeting with Clara in tow. Later, they joined up with a convoy of fellow fascists that were traveling north. Unfortunately, their car was stopped, and they were attacked by partisans. Petacci and Mussolini were then taken to a remote Italian town and executed by machine gun fire. Their heavily mutilated bodies were strung up and paraded for all to see.[10]