10 Wrestlers That Released Their Musical Talents on the World 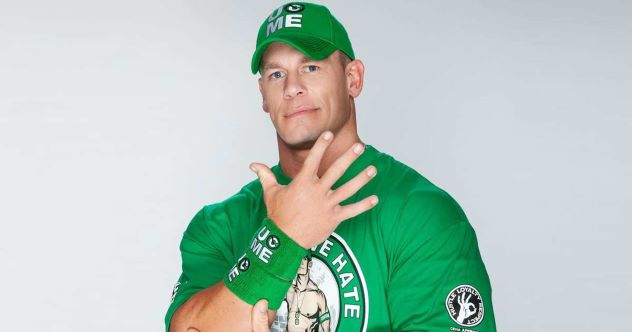 Part of the enduring appeal of professional wrestling lies not in the ring but in what happens behind the scenes. Backstage stories, contractual negotiations, and life beyond the mat all add to the allure of this larger-than-life form of entertainment. But for some wrestlers, being an entertainer runs deep, and when they are not wrestling, they need other ways to vent their creativity.

For better or worse, this can often take the form of a musical career. Below, we give you 10 wrestlers who unleashed their musical talents on the world.

Related: 10 Twisted Ways That People Used To Be Entertained

Macho Man Randy Savage was, at one point, equally at the level of superstardom that Hulk Hogan was. His larger-than-life attitude and testosterone-fueled vocabulary made him a huge draw. With the addition of his wife, Elizabeth, by his side, he had a human side that ingratiated him with fans. However, an unknown fallout with Vince McMahon, the cause of which is still unknown to this day, saw him banned with subsequently very few mentions of his name.

After WWF, he joined WCW, and toward the end of this career, when WCW was bankrupt and with little hope of returning to his old company, he started a music career. His first album was a collection of rap songs titled Be a Man, which was released in 2003.

While most of the album concentrates on ripping into Hulk Hogan, it does have some genuinely touching moments. The final track, “Perfect Friend,” was written for the then-recently deceased wrestler Kurt Hennig, also known as Mr. Perfect. It has many ham-fisted lines like “It’s hard to keep it going day to day, I know you wouldn’t want it any other way,” but it does contain genuine childlike emotion.[1]

Jerry “The King” Lawler has one of the oldest music careers in the whole of professional wrestling. Before his time as a commentator in WWE, he had a highly successful career on the Memphis wrestling circuit. He was so popular that he cashed in with Jerry Lawler Sings, a compilation that featured covers of songs by Van Morrisson and Ringo Star.

Unlike most wrestlers, Lawler sold enough to justify a second album. This time, he returned with Jerry Lawler and the Nunnery Brothers Band. While still containing covers such as “Monday Monday” and “Catch The Wind,” it also had some themed originals such as “World’s Greatest Wrestler.” This would be his last effort until a ’90s single with WWE titled “Puppies,” which was a homage to his love of breasts. Most recently, a Kickstarter campaign was opened to create a repress of the album.[2]

Anyone who has raised a daughter over the last five years is familiar with Dwayne “The Rock” Johnson’s most recent musical efforts. Playing Maui in the animated feature Moana, the track “You’re Welcome” is a heartwarming song littered with playful arrogance and sung by a god who is discussing his fantastic achievements. However, it was not the first outing for this wrestling superstar.

During the attitude era, rap star Wyclef Jean from the Fugees and Melky Seldeck would collaborate with the wrestler on “It Doesn’t Matter.” Taken from his famous catchphrase, it features a fairly standard 2000-era rap interspersed with soundbites and samples from The Rock. A repetitive trumpet riff gives it a Latin feel, which is the most exciting aspect of the whole track. Borrowing heavily from other songs, it even namechecks “Country Roads” at one point. Cleverly, it manages to be a diss track on the whole financial posturing of rap while celebrating it simultaneously.[3]

John Cena is one of the few wrestlers that has made a musical gimmick work, barring the Honky Tonk Man, of course. When Cena first arrived at WWE, he played the part of a rapper, taking the nickname “The Doctor of Thugonomics.” Despite being slightly cringeworthy, he would prepare rap promos which were often very amusing. This helped propel him into the star he is today, but not before a small cash-in.

Cena’s first and only album was You Can’t See Me. A collaboration with the rapper ThaTrademarc, it was poorly executed and lacked the wit of his in-ring promos. Cena would continue his musical efforts throughout his career unfazed. His most recent effort was in 2015 when he recorded “All Day” with Wiz Khalifa for the video game 2K15.[4]

Terry Funk never achieved the headline success he should have. He worked across multiple generations, in different promotions around the world, and in a multitude of styles. Yet most people in the west only knew him through his unbelievable deathmatches played out in Japan. So, it may come as a shock to many that Terry Funk had a musical career.

His first album came in 1983 under the name Texas Bronco Terry Funk. It was a strange collection of wrestling-themed songs and dialogue taken from promos. The next year he would follow it up with Great Texan, which included tracks such as “We Hate School” and “Barbara Streisand’s Nose.” Strangely, it had backing vocals from a genuine Japanese pop star named Noriko Miyamoto.[5]

Captain Lou Albano may not have the superstar status of many others on the list. Most of his career was spent as a manager. He was most famous for his feud with singer Cyndi Lauper, with whom he began a real-life friendship, even appearing in some of her videos. He also managed numerous top superstars, such as Andre the Giant and Hulk Hogan.

In 1985 he teamed up with the rock quartet NRBQ, who had previously worked with luminaries such as Sun Ra and Carl Perkins. Creating the album Lou and the Q, they crafted a bizarre selection of tunes that included “Boarding House Pie” and “Tiddlywinks Radio Ad” alongside well-known songs such as “La Vie en Rose” and the nursery rhyme “Michael Row the Boat Ashore.”[6]

Freddie Blassie was a professional wrestler and manager. He began his career after the Second World War working as a babyface. However, when he dropped this in favor of being a bad guy, he became the benchmark for the heel, pioneering the concept of a superstar villain.

In the ’70s, Blassie began recording some voiceovers on songs that included musicians such as rockabilly act Johnny Legend and punk rocker Billy Zoom. Tunes from this would later be included on his album I Bite The Songs. Cementing his heel status, it contained several antagonistic tracks such as “Pencil Neck Geek” and “Loser Leaves Town.” Oddly, the album opens with the gruff voice of Blassie himself, giving a disclaimer in case his heel character offends.[7]

Lita was the punk rock heroine of the attitude era, taking more heavy bumps than anyone should endure in a career. This led to her having a short run-in wrestling which ended in 2006. In her final match, she wore a t-shirt from a band called The Luchagors. This was her new band and her first project after leaving the pro wrestling world.

They began playing in the Atlanta area and recorded their first self-titled album in 2007. Soon after, they set about on a huge American and European tour, but due to poor reception in the UK, they called a hiatus on the project. This may have been due to poor reception all around. Songs such as “Goodbye” and “All There Is” did little more than provide standard noughties punk rock fare, which saturated the music scene at the time and sounded dated before it was even released.[8]

Chris Jericho is the most successful wrestler turned musician. This is due to the fact that he has devoted as much time and attention to his career with his band “Fozzy” as he has to his in-ring one. Throughout his life, he has switched between wrestling to tours and writing with the band. Formed in 1999, they have now released eight studio albums and one live album and toured worldwide.

Their first two albums were covers of hard rock and metal classics, including Black Sabbath and Iron Maiden. By their third album, they had turned to original material and had built quite the following. Famous figures such as Zakk Wylde joined them on tracks to cement their reputation as accepted rock gods. Not only have they continued to produce quality material, but they have been used as the soundtrack for multiple events by WWE and other promotions.[9]

No music produced by wrestlers has ever reached the heights of the classics that WWF created themselves. In a bid to turn into an all-around entertainment machine, Vince McMahon commissioned numerous albums. It was the first two that were the standout weird ones. These were The Wrestling Album and Piledriver: The Wrestling Album 2.

The first album had classics such as “Grab Them Cakes.” Sung by the Junkyard Dog, it was his theme tune and a euphemism about grabbing your partner’s unmentionables. It has not aged well.

For the second album, mid-carder Koko B Ware sang the title track “Piledriver,” in which he picked out the similarities of being in love with taking the famous neck-breaking move.

However, the standout moment of wrestling oddness is the final track, “Stand Back” sung by Vince McMahon himself. As the album was released on a VHS in which eight songs got their video, this has to be the most ridiculous as the company executive performs a stunted dance routine at the 1987 Slammy Awards. A host of superstars stand behind him pretending to play instruments, all oblivious to the car crash they are participating in.[10]