Medieval Christianity was very fond of holy relics. The body parts of saints, things they owned, and substances produced by their corpses were thought to be powerful aids to those in need of divine help. If a church had a particularly important relic, then it could attract large numbers of pilgrims. The best relics of all were those that could be linked to Jesus. Unfortunately for Christians, Jesus took most of his relics when he ascended bodily into heaven. But not all.

As Jesus was born to Jewish parents, he underwent circumcision when he was eight days old, as the Gospel of Luke tells us. The removal of the foreskin from Jesus meant that it was not on him when he passed into heaven. Relic hunters could therefore claim to have a genuine part of Jesus’ flesh. The excised skin was known as the Holy Foreskin or the Holy Prepuce.

The holy relic of the circumcision became venerated. There was not just one foreskin, as you might expect, however. Over a dozen churches in Europe, mostly clustered in France, declared that they were home to the Holy Prepuce. The first mention of the foreskin came in AD 800 when Charlemagne decided it would make a fitting gift for Pope Leo III at the time of the emperor’s coronation. When the foreskin was looted from Rome in the 16th century, it was moved to nearby Calcata, which became a popular site of pilgrimage.

Other foreskins were taken to the pope at different times in hopes of official recognition, but the Vatican usually declined to rule on their authenticity. Miracles were asserted for the foreskins. One was seen to bleed when it was celebrated during a mass. It is thought that all the Holy Foreskins have since been lost. In addition, in 1900, Pope Leo XIII decreed that anyone referring to the venerated skin could be excommunicated—an order based on having the idea become embarrassing for the Church or amusing to the people.[1]

Just because you might not be in possession of the Holy Prepuce did not mean that it could not be of religious significance. Catherine of Siena was a remarkable woman in many ways, but it is her wedding ring that is of interest here—it was Jesus’ foreskin.

Catherine was born in 1347 and dedicated herself to a life of faith. Religious visions appeared to her beginning when she was just six years old. When her parents sought to make her marry, Catherine refused. Being an unmarried woman at the time could be difficult. At the age of 21, she underwent a mystical marriage to Jesus himself. At the ceremony, Jesus used his foreskin in place of more traditional jewelry. Perhaps understandably, Catherine said that this ring was invisible.

There is some debate as to whether Catherine really meant that her wedding ring was the literal foreskin or whether it was a metaphor. In several letters, Catherine drew a direct comparison between the two, and the mystical marriage of Catherine became a popular motif in Christian art.[2]

The crucifixion of Jesus was a bloody affair. He was also scourged before he was nailed to the cross. Much blood was shed on the way to Calvary. Given the importance of Jesus’ blood in the Eucharist, it was obvious that if anyone could claim some, they would have an important relic. Many samples of the Precious Blood could be found in churches across the world.

The Basilica of the Holy Blood in Bruges was built by Thierry of Alsace in 1134. When he went on the Second Crusade, he returned with a sample of the holy blood he was said to have received from King Baldwin III of Jerusalem. The blood is held in a vial in the church and has long been revered. It was once thought that the dried blood would turn to liquid weekly. An indulgence was granted to pilgrims who viewed the blood.

Other churches have also claimed to have a portion of Jesus’ blood. Hailes Abbey in England received its sample in 1270. Visitors to the church could have their rosaries blessed by having them touched to the relic. This blood was so famous that it was mentioned by Chaucer in The Canterbury Tales. Under Henry VIII, many of the sites of pilgrimage were destroyed. The Blood of Hailes was condemned as being merely duck’s blood or colored honey. It was taken from the abbey, the gold from its reliquary stripped off. What happened to the blood then is not known.[3]

Other examples of Jesus’ blood have been lost more recently—and rediscovered. In June 2022, the Precious Blood, as Jesus’ blood is called, was stolen from Fécamp Abbey Church in Normandy, France. The blood is held in small lead vials, but it is probably not the blood itself the thieves were targetting. It is more likely they were after the golden reliquary in which the relics were housed. It is thought the robbers hid in the church until it closed and then made off with the reliquary.

Around a month later, the thieves had a change of heart. One of them contacted Arthur Brand, a man who describes himself as an art detective. Without revealing who they were, they agreed to return the relics to him. One night they left it at his door. Whether the thieves had a divinely inspired change of heart or realized that it would be near impossible to sell such a unique object is not known. The holy blood was returned to its rightful home.[4] 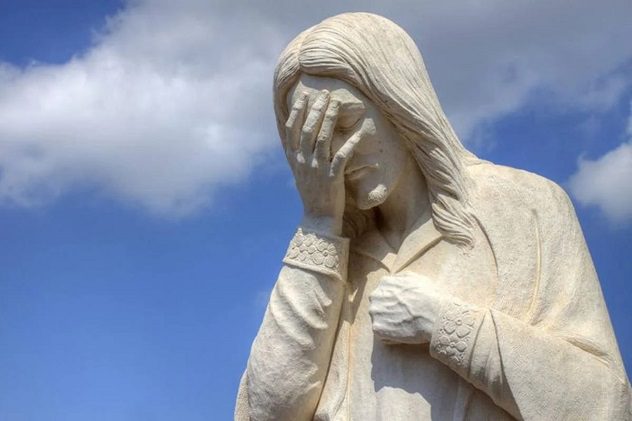 “Jesus wept” is the shortest verse in English translations of the Bible and one of the most important for believers. The fact that the Messiah shed tears underlined his human nature and concern for humanity. They also gave relic hunters another target for veneration. Known as La Sainte Larme—the Holy Tear—it became a major center for pilgrimage in the Middle Ages.

According to legend, the tears were collected by angels when Jesus wept over the death of Lazarus. The tears were then passed to Mary Magdalene for safekeeping. The tears then disappeared from the historical record for 1,000 years. The Holy Tear reappeared when Geoffrey Martel helped the Byzantine Emperor Michael IV repel invaders. For his military aid, Martel was gifted two relics: the arm of St. George and the tear of Christ.

The Holy Tear was held in a reliquary carved from rock crystal. The liquid within the rock was said to tremble at times. The tear disappeared during the French Revolution, though other churches had also claimed to have samples of the drops.[5] 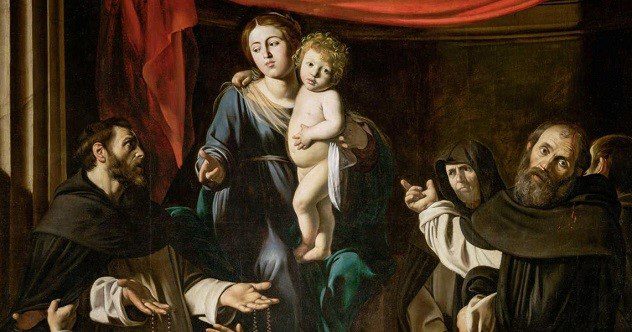 When most people lose their baby teeth, they disappear at night when the “Tooth Fairy” collects them from under their pillow. Occasionally a parent might hold on to them as a shrine to their child’s lost childhood—but most people find that a little creepy. Most children are not Jesus, however.

Information about the baby tooth of Jesus is sketchy. It was once housed at the Abbey of Saint-Medard at Soissons. This abbey was considered one of the greatest in France and held many other relics. St. Medard himself is invoked when patients suffer from toothache—so for a tooth to end up in his abbey makes sense. This is usually said to be because he is often shown with an open mouth and laughing.

Not everyone was a believer in this relic, however. Guibert De Nogent was a historian and theologian of the late 11th century who took the abbey to task for its claims to have one of Jesus’ teeth. Just because an item is said to have miraculous powers, he says, does not mean you have to believe in its authenticity.[6]

In all areas of collecting, there are some people who become obsessives. This is even true in the realm of relic hunting. Frederick III of Saxony is best known today as a protector of Martin Luther, the Protestant reformer. Lutherans are not big on relic collecting, so it may come as a surprise that Frederick gathered over 19,000 relics for his collection. These included pieces of bread from the Last Supper, a sample of the Virgin’s milk, a piece of hay that had lined Jesus’ manger—and a strand of Jesus’ beard.

An illustrated edition of Frederick’s relic collection printed in 1510 shows numerous reliquaries, saints’ skulls, statues, and chalices. It has been calculated that if a person offered up devotion to each of the items in the collection, they could earn themselves almost 2,000,000 years off their allotted time in Purgatory. The origin of most of these holy items is not recorded, nor is the final fate of most of them. Where did this strand of beard hair come from? And where did it go?[7]

In the Lateran Palace in Rome, there was a chapel known as the Sancta Sanctorum—The Place of Holy Things. It was once the site where some of the most important relics in the Christian world were stored. To access it, people had to climb the Scala Sancta—the Holy Steps. It is said that these 28 marble steps were the ones in which Jesus ascended to attend his trial with Pontius Pilate. They are reputed to have been brought to Rome by Saint Helena. The mother of Emperor Constantine found many relics when she toured the Holy Land.

A list of the relics held there was made in the 11th century. Some of the relics were stored under the altar, some in a wooden chest, but others were on full display. One of the reliquaries was “a cross of purest gold, adorned with gems and precious stones.” In this cross was the foreskin of Jesus and, we are told, his umbilical cord.

The presence of the umbilical cord was addressed by Pope Innocent III in the 12th century. He wrote a treatise that pondered the question of whether the blood Jesus spilled on his way to crucifixion was taken up with him to heaven. The Pope then asked, “What about the umbilical cord?” The Pope seemed to distance himself from some of the legends of the relics. That may explain why the Holy Umbilical Cord is not on view today.[8]