From the mysterious icy opening of the original Frankenstein novel, written by Mary Shelley, to the arctic horror of John Carpenter’s The Thing, it’s no secret that the desolate, desert tundra biome makes for an excellent horror story backdrop. The yawning, chilling snowscapes found at the top and bottom of the planet are scary enough, should one find themself stranded in them.

But what if something supernatural dwelt out there in the winter wonderlands? Ghost stories are quite plentiful in the far north if the legends are to be believed. And though some believe that Antarctica also has its haunted nooks, this list will cover ten different stories from above the Arctic Circle.

While the first entry on this list steers a bit away from a classic ghost story, the Natsilik Inuit people who lived on King William Island tell stories of invasions from another sort of undead being: zombies. Originally named “Quikiqtak,” King William Island can be found in the province of Nunavut and was first found by British explorers in 1830. However, the Indigenous people had lived there for far longer.

Being this far north, the Natsilik Inuit had never come across other indigenous before, let alone white European explorers. So when people reported witnessing shambling, blue-skinned shells of men, legends of the undead walking once more arose. Indeed, many expeditions above the Arctic Circle were ill-fated, and many explorers, most notably the 1845 British Franklin expedition, were often grisly to behold as men froze to death. These “Death Marches” were real, though some were reported when no expeditions were documented to have taken place in the area. Perhaps these doomed explorers became ghosts after all.[1]

Though many Soviet accomplishments were once obscured in Cold War secrecy, it was a known fact that the nation succeeded in digging the world’s deepest man-made hole on the Kola Peninsula, a project that went on from 1970 to 1994. The hole itself was able to breach 40,230 feet (12,262 meters) into the Earth’s crust, a depth deeper than the Mariana Trench. Although such a feat also came with a plethora of rumors.

It is widely accepted that the project was abandoned due to a lack of funding, but some rumors speculate that the drill had breached into an extremely hot cavern unexpectedly. The microphone picked up alleged “screams of the damned,” driving the scientists to madness. Some allege that the scientists had indeed dug all the way to Hell itself, though this entry on the list is by far the most likely to be a mere urban legend.[2] 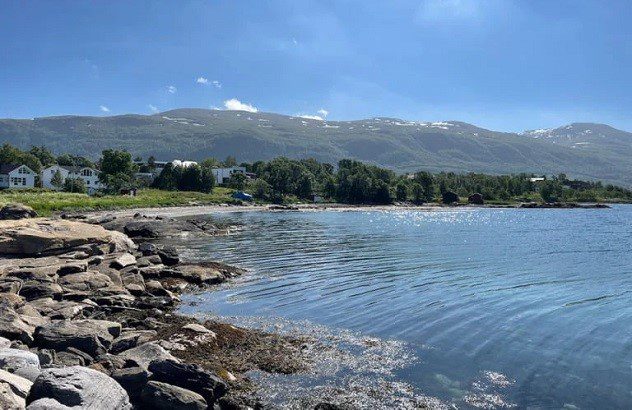 With a population of over 70,000 people as of 2022, the Norwegian city of Tromsø is the third most populated area above the Arctic Circle. Though it is far from the oldest town in Scandinavia, the city of Tromsø was officially founded in 1838, which leaves more than enough wiggle room for those trying to find a deep enough history to find ghost stories.

Tales are often told of sea trolls and wraith-like wights prowling the beaches on the oceans, searching for victims in the night, and ghosts have been witnessed haunting each and every building downtown. Perhaps this is due to the fact that the city center was built on an ancient graveyard. Local historian Aesgir Johansen even hosts a Tromsø Ghost Walk through the chilly city.[3] 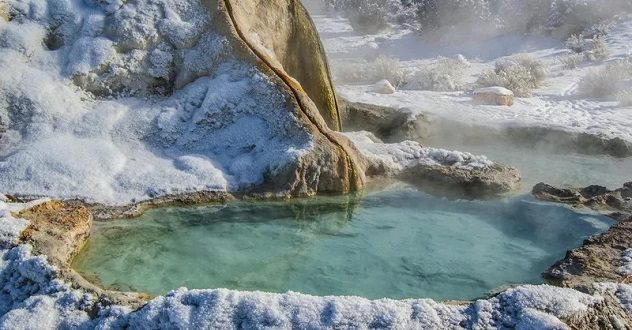 Though the specific hot springs in question are just shy of being able to claim to be above the Arctic Circle, parts of the land first claimed by Franklin Leach in 1906 would reach northerly enough. The community of Circle Hot Springs was a boomtown for the local Yukon Gold Rush, after having been inhabited by the Athabascan people, and would eventually become a ghost town as the gold ran dry.

A resort would open far later in history, and in the nineties particularly, the owners of the establishment would report a slew of poltergeist activity. Objects would fly across the room, footsteps would be heard when no guest was present, and the translucent, gossamer-like visage of a woman would often be seen. It is thought to be the spirit of Emma Leach, Franklin Leach’s wife, who is buried at the property.[4]

This next entry takes us to the Arctic Ocean itself, as it is claimed that a ghost ship sometimes haunts the waters near the Sea Horse Islands near Point Barrow in Alaska. After twenty years of operation, the Swedish cargo steamer known as the SS Baychimo was trapped in the ice and forced to be abandoned in 1931. It dislodged and floated about the Arctic before anyone could return to salvage it.

Unlike most ghostly vessels, sightings of the SS Baychimo were indeed real sightings of an abandoned ship, and some people were even able to get on board throughout the 1930s. Sightings of the vessel would continue up to 1969, either coming from Inuit people living in the area, or other explorers, though none dared to board or salvage the ship ever again. Though the ship’s wreckage was never discovered, even after a concentrated effort to locate it in 2006, some claim that the apparition of the SS Baychimo still glides silently on the icy waters of the Arctic.[5]

From 1947 to 1953, gulag prisoners of the Soviet Union were forced into the arduous task of building more than eight-hundred miles of railway track in the frigid North of Siberia. Only around half of the track would succeed in being built, the project grinding to a halt after the death of Joseph Stalin in 1953, but the Salekhard-Igarka railway project wouldn’t end before leading to the deaths of over 300,000 people.

In time, the incomplete railway would achieve another name, “Stalin’s Railway of Death,” and the deaths didn’t just stem from overworking and exhaustion. It is said that many prisoners bled out due to the massive swarms of mosquitoes in the area. Many of the abandoned, dilapidated structures still stand to this day, and some urban explorers claim to hear tormented, ethereal screams, sounds of labor, and other ghostly activity amongst the ruins.[6]

The next legend on this list can be found on the less-than-aptly named Greenland. The legend of the Qivittoq pertains more to multiple beings than a single ghost, but it is a haunting figure nonetheless. The people of Greenland claim that large, brooding, spectral figures prowl the icy tundra, hunting after people unlucky enough to cross paths with them.

The word “Qivittoq” also pertains to people who are banished from communities and effectively left to freeze to death with little chance of survival. Over time, however, people claim to see these banished folks, nonetheless, somehow surviving in the tundra against all odds. Perhaps this is where their penchant for hunting people comes from; dire survival instincts. The legend of the Qivittoq was made famous by a 1956 Danish film titled simply Qivitoq, dropping one of the “T’s” in its name.[7]

3 The Ghost of Augustus Peers

In 1853, a fur trader by the name of Augustus Peers tragically passed away in his thirties due to natural circumstances. However, before his passing, Peers made it very clear that he didn’t want to be buried where he worked; Fort McPherson. And so, a colleague and dogsled runner by the name of Roderick Macfarlane offered to transfer Peers’s body down the Mackenzie River to a new location.

What occurred during the trek, however, would leave Macfarlane very unlikely to ever agree to such a task again. According to his journal, the dogsled driver reported hearing a commanding voice ring out from nowhere, telling the dogs to protect the body from wild scavengers. The dogs complied, but this would be far from the only harrowing occurrence. A spectral form would float outside of Macfarlane’s tent during the night, frightening the man beyond words. [8]

Harrowing tales of the Myling are told all across Scandinavia, as they are certainly in the upper echelons of Norse legend notoriety. However, unlike Thor and Loki, stories of these spirits really took off the more Christianity made its way into Scandinavia. The Mylingar are said to be the ghost of a child born out of wedlock, in which the mother leaves the child out in the wilderness to die, lest both the mother and child get punished by the church.

Many believed that since the child would be unbaptized, there was little to stop them from a doomed fate as a ghost. Unlike most ghosts, however, the Myling does a bit more than simply haunt a location. It constantly cries out for years and years and pesters passers-by, begging them to give the spectral child a name. More vengeful mylingar actively try to disclose their mothers’ secret to anyone who will listen, sometimes manifesting during her wedding day.[9]

1 The Phantom Trapper of Labrador

A ghost haunts the snowy fields of the Canadian province of Labrador, and he goes simply by the name of “Smoker” to those who tell his tale. Sticking it out in the frigid north, the man, whose real name was allegedly Esau, first started off his entrepreneurship as a trapper. But meeting little success, he turned to brewing moonshine instead. This got him into trouble with the Mounted Police quite often, which prompted Smoker to double down on his plan.

He fastened a suit of all-white furs, adopted an all-white husky dog-sledding team to blend in with the snow, and escaped persecution. He met with success for a while, but a drunken fall prompted the bootlegger to break his back in the snowy north, where he shortly died. However, some claim to see a snowy, spectral trapper continuously sled through the snow in North Canada. It is even claimed that the man cried out to God himself before dying, begging to become a ghost out of fear that he’d be sent to Hell.[10]