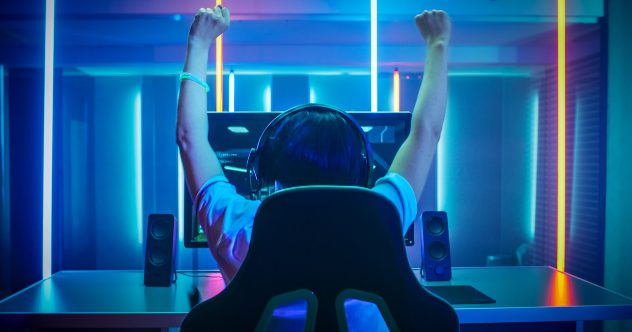 Video game premises can be bonkers. The medium’s interactivity is especially suited to wish fulfillment, and most people don’t wish for taxes and stop signs. Instead, they wish to scream spells at dragons and fight demons with Mickey Mouse, and that’s exactly what video games deliver.

10 Bizarre Urban Legends That Are Related to Video Games

Avid gamers likely knew this was coming, so let’s get this planet-sized ball of trash rolling and get it out of the way. The Titular Katamari is a magic ball that can be rolled over items to adhere to them, suck them in, and consume their matter, all to expand the ball and then absorb even more. The eccentric destruction does have a purpose, though: it’s the only way a tiny space god can rebuild the universe after its father drunkenly destroyed it.

Katamari is an absolute blast, and a large part of that comes from its sheer insanity. The gameplay is entirely based on rolling a progressively bigger ball, which should sound crazy enough. Then add to that the challenge of absorbing larger and larger objects, from ants up to entire continents, and you have a premise which derivates just a hair from the slay-dragon-rescue-princess formula.

The Assassin’s Creed franchise has built itself a plot that plays out in levels—some might say an insane amount of levels. If you only have a vague notion of the series and its contents, you probably expect the games to simply put you in the role of a historical killer and give you villainous figures to kill. In that case, you’d be right—maybe 5% right.

You’re not just an ancient killer: you’re a modern-day descendent of the killer who can access the memories of his entire family tree by plugging into a futuristic VR machine called an Animus. Also, you only kill in the past due to a millennia-long feud between rival secret cabals, one of which still controls society today. Also, the point of the feud is to take control of “magic” artifacts,” which in reality are remnants of a hyper-advanced pre-human society known as the Isu. The Isu created humanity through genetic engineering and were almost literal gods, forming the basis of all major world religions. And somehow: there’s even more.

Not every Tony Hawk: Pro Skater is insane. For the most part, the first few Pro Skaters are simple skateboard simulators. Gameplay almost exclusively consisted of picking your favorite skater (which, of course, should have been Rodney Mullen), choosing a skatepark or public area, and then tricking your way around it in as rad a way as was possible. Then things changed.

By the time the series got to Tony Hawk’s Underground 2, it had become more of an adventure game than a sports game. Players were thrown into elaborate storylines in which, inevitably, they could succeed by performing skateboard-themed heroics. The right skateboard trick in the right place could sink a ship or level a building, and the game even ends with pro skater Bam Margera committing a major act of terrorism on American soil.

What franchise premise could be more insane than one in which a nondescript yellow hockey puck engages in an eternal war of eat-or-be-eaten with ghosts in a labyrinth? A series of games with the same premise, except now the hockey puck has a bow on her hairless “head.”

While there are other differences between Ms. Pac Man and the original, namely the improved AI and the addition of cutscenes, the central difference (and therefore, the entire reason for the series’ existence) is one superfluous red bow. Imagine if someone claimed to have created a new game series by just, say, turning Mario’s overalls green. Oh, wait.

The basic premise of the fighting genre is as sane as possible: combatants, usually two of them, meet at a predesignated battleground and then duke it out to establish dominance (and often, who survives). The insanity has only gradually seeped into the genre as it has evolved to become the default medium for dream fanboy crossovers.

Mortal Kombat is set in its own universe wherein the gods have decreed that mass warfare is replaced with single combat (sorry: Kombat). Although that is a perfectly reasonable fantasy setting, it doesn’t quite explain why its players can now set up a four-way tournament between Rambo, Robocop, the Terminator, and Spawn.

The same goes for Injustice, which, despite being set in the DC universe, allows players to pit the Ninja Turtles against Hellboy. Super Smash Bros. is likely the worst offender, but at least the franchise baked the insanity into its premise from the start.

Ready your hate mail, gamers, because we’re sticking to our guns: Horizon: Zero Dawn is one of the most insane video game premises ever. And though the game is superlative in the categories of… almost everything, one thing is clear from its far-fetched and convoluted backstory: Horizon’s developers started with the idea of “robot dinosaurs” and performed every feat of narrative gymnastics they had to make it happen.

The surface-level setting of Horizon is a simple post-apocalypse brought on by uncontrolled AI, which reduces humanity to a tribalistic state. The follies of man, nice and direct. But to get from there to robot T-Rexes with rocket launchers on their hips and robot Brachiosauruses with flying-saucer heads, the game’s writers had to stretch their premise like it was Armstrong himself.

There is no need to dig too deep to discover why Danganronpa makes the list: from its first moments, the game screams insanity loud enough to wake the dead.

In the Danganronpa games, you play a high-schooler selected to attend a prestigious private academy that is secretly run by an evil robotic bear (and just the bear. No end-game spoilers here!) who turns the school into a murderous battle royal, judges a constant stream of courtroom reenactments, at one point summons a team of giant mechanical creatures, and best of all—destroys the entirety of human society. Okay…some spoilers here.

Like Danganronpa, the Persona franchise wears its insanity on its sleeve.

Gameplay in your average Persona installment consists of two alternating segments. In the first, you play as a high-school student going about his everyday life of studying, working, and wooing the partner of your choice (which should absolutely be Futaba).

In the other, you play as a magical mind-thief who battles beings from world mythology to capture them and absorb their power, all to become strong enough to invade the corrupted “mind-palaces” of wicked people and defeat their super-powered, evil souls. Then, in the end, you kill God.

The Final Fantasy series was already a unique premise, blending fantasy, science-fiction, and world mythology into the default JRPG. Then at some point, someone took a long, hard look at the franchise and said, in all seriousness, “You know what this mature series about tyranny and sacrifice needs? Every single Disney character from every movie and show crammed in at every possible second.”

If only the insanity ended there. Not only is Kingdom Hearts a sweeping mishmash of Final Fantasy and Disney elements, but it also boasts a storyline so absurdly convoluted as to become legendary. In the attached video, Brian David Gilbert does his best to find a through-line in the James Joyce meets Haruki Murakami saga that is the Kingdom Hearts storyline. He is unsurprisingly unsuccessful.

The Mario franchise is the most popular video game franchise in history, selling more copies of its games than any other—by a landslide. Everyone has at least a passing familiarity with the plumber, and that’s why it often goes unnoticed: the Mario franchise is a nightmare collage of surrealism, kitschiness, and childlike nonsense.

In between rescuing Princess Peach from a dragon turtle and his army of sentient mushrooms, stone tablets, squids, and cacti, Mario likes to relax by competing in the Olympics, playing elaborate games of human chess, and practicing medicine without a license. If that’s not enough to convince you how insane the Mario franchise is, play five minutes of any WarioWare title, and we’ll talk.

10 Bizarre Urban Legends That Are Related to Video Games

10 Strange Facts of Louis XIV That You May Not Know