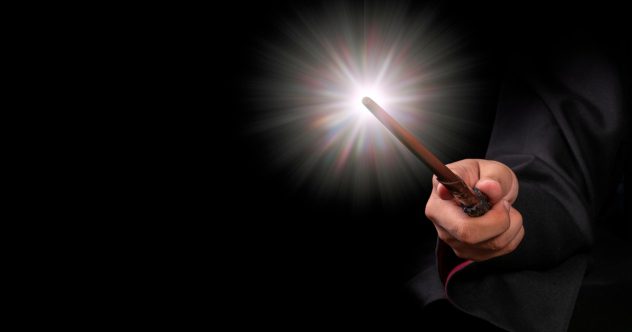 The problem with being a fan of a book-gone-movie franchise is that the movies never fully live up to the expectations the books set. This is mainly because translating pages to screen time can result in hours-long films, so scriptwriters and film editors have to make important decisions about cuts. And these cuts are based on marketing, cultural appeal, etc. It is trying to balance what will tell the story and sell the movie.

The Harry Potter franchise is entirely guilty of this. Though we love the movies for what they are, there are some significant differences that we can’t overlook. Fair warning, we’re going to be picky. Oh, and beware of the spoilers.

Here are the top 10 things the Harry Potter movie franchise got wrong.

Related: 10 Ways The ‘Jurassic Park’ Franchise Got It Wrong

*Adjusts glasses* Okay, where do we begin? Oh, yes, the first movie. Harry is a Parseltongue—he can talk to snakes. Remember the scene in the movie where he first finds this out? Then dumb old Dudley comes around, and the glass to the snake pen disappears and traps Dudley in there. Anyway, the snake in The Sorcerer’s Stone is supposed to be a boa constrictor as per the book. However, the movie got a Burmese Python.

Perhaps this was to better connect him and a trapped animal raised in captivity. Burmese pythons are best known as the snakes you get as a pet when you want a big snake. Of course, they are far removed from their indigenous habitat—kind of like Harry. Both the snake and Harry should be free in their natural environment, not kept as entertainment for somebody else.

10 “He Who Shall Not Be Named” is French

The art of literature is complex, philosophical, and filled with literary criticism and opportunities to make clever connections between content and words. Understanding the author’s intent at the outset helps drive a concept home throughout any iteration of the work. In this case, we’re looking at the pronunciation of Voldemort’s name.

Let’s break up his name into two parts: volde and mort. Volde can mean a few things, but the one that I like is its Old Norse etymology meaning “to cause.” Mort is French for “death.” Put the two together, and you get “to cause death.” That said, the proper pronunciation of mort does not have a hard ‘t’ at the end—you drop that sound and allow the ‘r’ to fall in the back of the throat. Now, if you don’t speak French, you just cut the word short.

In the original audiobook of The Sorcerer’s Stone, the narrator got the pronunciation right—and JK Rowling confirmed that he was correct. However, they pronounce the ‘t’ in all the movies at the end of Voldemort’s name.

Harry Potter is supposed to have his mother’s eyes in the books. Lily’s eyes are green—that’s a fairly straightforward character descriptor. Daniel Radcliff does not have green eyes, and the film’s directors didn’t seem to make a big fuss over it either. Why? Health reasons.

Radcliff had colored contacts that he was supposed to wear, but he had a bad reaction to them. Hollywood had to settle on a blue-eyed Harry Potter.

7 If I Could Turn Back Time, I Wouldn’t Have a Time Turner

How the heck did Hermoine fit in so much study time? Professor McGonagall’s Time Turner! It was a complicated way to work around one of Hermione’s defining activities as a character and ultimately caused quite a few problems with the movies.

The Time Turner works by turning the small hourglass for each hour you want to go back. If the chain of the Time Turner is long enough, multiple people can travel through time (the chain has to be able to fit around their neck, too). Rectifying the pre-destination time travel rationale will be left for a different article.

Anyway, in the books, the understanding is that when you use the Time Turner, you must be especially careful that no one sees you, especially your past selves. In the movies, Hermione and Harry really don’t seem to care.

The object caused a few more issues, like where you travel back in time, and Rowling eventually destroyed them all in Order of the Phoenix.

6 A Bunch of Old Guys

Harry’s parents were in their early 20s when they had him in the book. Snape, Lupin, and Sirius were his parents’ classmates (remember, Snape loved Lily). That makes them about the same age as Lily and James (if they were still alive). Yet, in the films, these characters are all portrayed by much older actors—they do not look like they are in their mid-30s, and if they are, boy, life’s thrown them a hard decade.

This doesn’t necessarily change the fact that Alan Rickman made the best Severus Snape, but it does make you wonder how the age difference would have affected the dynamic between the characters in the movies.

If you’re simply watching the Harry Potter films, you may be questioning how on Earth Harry ended up with Ginny. The scriptwriters really did a disservice to her character and depicted her as this character who is just there to be a love interest and nothing else. The books, however, do an excellent job of throwing reason after reason why Harry would fall in love with Ginny. Rowling has even stated in interviews that whoever was going to be with Harry needed to be strong, independent, and his equal.

You don’t get that from the movies too much. Ginny is just another Sakura (for those who get the Naruto reference).

It’s true. Sometimes, deaths in literature aren’t that flashy. It’s the description surrounding the death that makes the death exciting. When you translate this to a cinematic depiction, you have to work with the death visually instead of textually. That’s why Voldemort’s death in Deathly Hallows Part 2 is so different.

Instead of falling to the floor like any body falls to the floor when it dies (but a little scarier since it’s Voldemort) as described in the book, the movie shows him crumbling away painfully with quiet finality. Furthermore, in the book, it’s Voldemort’s spell that Harry throws back at him that kills Voldemort. In the movie, Harry’s spell kills Voldemort (but not after Neville totally slays that Horcrux like a gosh darn savage).

Either way, we’re glad the b–tard is dead.

The internet seems to delight in Dumbledore’s cinematic approach to asking Harry if he put his name in the Goblet of Fire. Since the Goblet spits out Harry’s name, he now must compete in the infamous competition (RIP Cedric).

A little background to the movie version of Dumbledore. After the death of actor Richard Harris, who depicted a softer Dumbledore, Michael Gambon took over and showed us a grittier side to the headmaster. As the books grew darker, so did Dumbledore’s movie counterpart to the point where franchise fans started to question the new casting.

Back to the scene. After the Goblet spits out Harry’s name, in the book, Dumbledore approaches Harry “calmly” about the issue. But, in the movie, Dumbledore turns the sentence into one word; that’s how agitated he was about it. Heck, he even pushes Harry up against the wall. Cool your tiptoe wizard shoes, Dumbledore.

Voldemort is evil, so how better to push this than to give him red eyes? In the book, specifically Goblet of Fire, Voldemort is described as being tall, skeleton-like, and pale-faced, with snake slits for nostrils and red, cat-like eyes.

But they give him white eyes in the movie. I will say that the resurrection scene is pretty hardcore, and the white eyes aren’t a dealbreaker for me. I do wish, though, as he’s caressing his head for the first time after being reborn, he showed some disappointment at being bald.

1 The Story Behind Neville’s Parents

I love Neville Longbottom. He is the supporting underdog character who is one of Harry’s bravest, fiercest, and most loyal friends. He leads Dumbledore’s Army when Harry isn’t around; he pulls the sword out of the sorting hat and charges at Voldemort with the intent to kill; he’s the one who kills Nagini, and he’s been through hell.

The movie does not expand upon one of the essential parts of his backstory—Bellatrix Lestrange torturing his parents to the point of insanity. We understand that his parents are tortured, but we don’t get to see the scene where Neville visits his parents at the asylum. It would’ve been nice to include the scene in the movie as a way to ground the character and show the connection between Neville and Harry more.

To see exactly what he’s had to overcome in his life.

Neville, like Ginny, was cut a bit short when it came to the movies, but avid lovers of the book know just how badass he is.

10 Times Jim from The Office Was Actually a Jerk

10 Weird Facts About Your Tongue

10 Things You Might Not Know Can Be Used Too Much

Mermaiding Is The Latest Fad To Make Waves

10 Times Jim from The Office Was Actually a Jerk