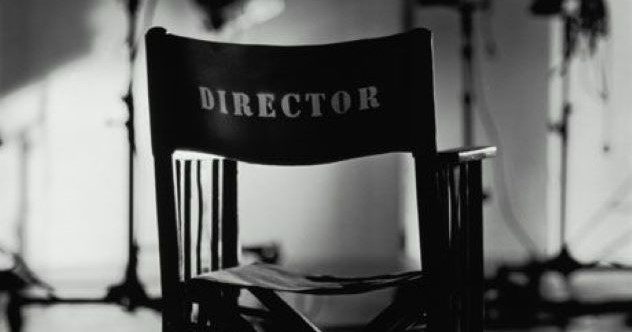 Beginning roughly around 1967, Hollywood began changing its order of operations, focusing more on films that favored younger audiences and were more directly in response to popular culture. And while there are many names that have become synonymous with what came to be known as the “New Hollywood,” stories of this era tend to forget that it was an entire industry at the center of such a shakeup. Steven Spielberg and Francis Ford Coppola are household names, yet many other directors had just as significant an impact. Here are ten of them:

Related: 10 Films Where The Supporting Role Was Better Than The Lead

Known by many as the “Howard Hawks of exploitation filmmaking,” Jack Hill made a name for himself in the world of student filmmaking at UCLA, which brought him in contact with Roger Corman. This gave him the opportunity to direct horror films throughout the 1960s, such as Blood Bath (1966) and Spider Baby (1967).

From there, he progressed into directing primarily within the Blaxploitation genre, collaborating multiple times with actress Pam Grier on films that sought to critique the flaws of their counterparts while still empowering African American voices. Even when viewed with modern eyes, his films lend an almost-Shakespearian level of pathos to his characters, trading in sex and violence for more nuanced human struggle, if only slightly.[1]

Most famous for his contributions to such scripts as Apocalypse Now (1979) and early drafts of Dirty Harry (1972), John Milius was branded by his anarchic world views, which often clashed with mainstream Hollywood politics. That being said, such an outlook was remarkably suited for the antihero mold that occupied the era’s silver screen.

As a screenwriter, his body of work is unmatched, but Milius himself is just as accomplished as a director. His sense of personal work and knack for human fragility shows through in films like Dillinger (1973) and Big Wednesday (1977), which filled out his 1970s, before he moved on to larger films in the 1980s, such as Conan the Barbarian (1982) and Red Dawn (1984). He would later go on to co-create the HBO series Rome (2005–2007).[2]

Beginning his career as a dancer, Herbert Ross transitioned to directing films in 1969 with the second adaptation of James Hilton’s 1934 novel, Goodbye, Mr. Chips. Primarily a journeyman from there on, Ross’s career in New Hollywood enabled him to brush up against such big names as Barbara Streisand and Richard Dreyfuss.

More akin to the Old Hollywood studio players that came in the generation before him, Ross’s directorial style is more chameleonic than his contemporaries, making his contributions to cinema no less dynamic as it is indistinguishable. He also has the honor of directing The Last of Sheila (1973), the only film that Tony award-winning playwright and composer Stephen Sondheim wrote.[3]

For all the great cinema that came out of New York in the 1970s, the name Jerry Schatzberg is not uttered enough, even by the most devoted of film lovers. His career began as a photographer, but it was not long before he transitioned into independent feature filmmaking, collaborating with Faye Dunaway and Gene Hackman.

Yet most regrettable is that Schatzberg is not remembered as an integral stepping stone in the ascension of Al Pacino to movie stardom. Just as Francis Ford Coppola directed him in three Godfather films (1972, 1974, 1990), or Sidney Lumet with Serpico (1973) and Dog Day Afternoon (1975), so too did Schatzberg while directing Pacino in The Panic in Needle Park (1971) and Scarecrow (1973). Both films exhibit a sense of naturalism that only further emphasizes the sense of humanity of that era’s cinema.[4]

Finding his initial success as an executive producer on Easy Rider (1969) (he co-created the company Raybert Productions, which eventually evolved into BBS), Bob Rafelson went on to make a slew of films responsible for “legitimizing” actors viewed only in B movies and as day players. These include Karen Black in Five Easy Pieces (1970), Arnold Schwarzenegger in Stay Hungry (1976), or the actors who portrayed The Monkees, whose careers diverged in different directions once their show was canceled (of which Rafelson had co-created, written, and directed for).[5]

Similar to Herbert Ross, the visuals of a “George Roy Hill Picture” might not be easily identifiable. Yet, one need not look further than the films listed on his filmography to shut down any question of his talent. Mostly known for his musicals and comedies that populated the 1960s, it was not until 1969 that Hill found his breakout work in Butch Cassidy and the Sundance Kid, starring Paul Newman and Robert Redford.

He would go on to collaborate with both of them again, either paired together, as in The Sting (which won Hill an Academy Award for Best Director) or separately, as in the cases of The Great Waldo Pepper (1975) or Slap Shot (1977). What makes Hill doubly astute and underrated is his ability to hide counterculture rebellion within the confines of genre filmmaking, whether it be science fiction films of the 1980s with Slaughterhouse-Five (1972) or family comedies of the 1980s, with The World According to Garp (1982) or Funny Farm (1988).[6]

Modern crime cinema would not be what it is without Alan J. Pakula. His impact on cinema has been simultaneously underrated and felt deeply since producing To Kill a Mockingbird in 1962. And while much of the slew of crime procedural programs that populate network television is attributed to Jonathan Demme for his 1991 film, The Silence of the Lambs, one need not look further than Alan J. Pakula.

Not only did his films Klute (1971) and The Parallax View (1974) tap into a sense of Nixon-era paranoia, but he also directly addressed such themes in 1976 when he directed All the President’s Men, arguably the greatest film about investigative journalism. Pakula’s presence was felt throughout the 1970s, and he continued to make quality films into the 1990s, once his influence was already felt through other filmmakers who specialized in the very style he developed.[7]

Here is a filmmaker who is undoubtedly held in high regard among the pantheon of Black filmmakers yet should be held just as high in relation to independent cinema. Noteworthy for being one of the few African American directors to be hired by a major Hollywood studio, Van Peebles would then go on to self-finance his film Sweet Sweetback’s Baadasssss Song (1971). This was in direct response to his inability to find studio backing despite the success of his previous film, Columbia Pictures’ Watermelon Man (1970).

Historical relevance aside, his films stand up against the most prestigious of social issues films, as well as alongside the crassest of lowbrow comedy of the decade. His roots as a playwright inform his rather theatrical visual style, allowing him to play with the medium in a manner reminiscent of the theater, if not outright heightened by the tricks and techniques cinema has to offer.[8]

Hal Ashby is by no means unknown, yet he somehow manages to go underrated in his recognition, especially when viewed through the guise of 1970s auteurism. His success rate is almost inseparable from the 1970s, as personal struggle and studio meddling all but rendered his subsequent films unwatchable, or at least under-seen by most. Harold and Maude (1971), The Last Detail (1973), and Shampoo (1975) may seem disparate at first glance, but all of these films offer microcosmic dreamscapes that do not ignore the outside world but rather offer solace in direct opposition to the current issues of the day.

The films of Hal Ashby are not films devised, so much as they feel found. Beginning his career as an editor (for which he was awarded an Academy Award), Ashby’s films seek to pick out small moments used to articulate larger themes. This notion is most strongly summed up by critic Roger Ebert in his review of Being There (1979), where he reflects on the film’s final moments, in which the protagonist Chance (played by Peter Sellers) walks across water in a seemingly Christlike allegory. Ebert writes that “a movie is exactly what it shows us, and nothing more,” which may sound oversimplified but cannot be more precise, as Ashby always shows us just enough to speak eons on the human condition.[9]

If Hal Ashby is the unsung director of 1970s cinema, then Elaine May may very well be one of, if not the most, unsung directors of all time. She begins her career blazing a trail of a separate kind in 1960s New York as half of the comedy duo Nichols and May (the other half being the equally revolutionary Mike Nichols). Together they made numerous albums and won multiple awards, so it was only a matter of time before Hollywood came calling.

With Nichols directing his seminal adaptation of Charles Webb’s novel The Graduate in 1967, May was soon to follow with her equally biting The Heartbreak Kid (1972) five years later. This was preceded by A New Leaf (1971) and followed by Mikey And Nicky (1976), the latter of which all but tarnished her relationship with the major studios. This resulted in May herself eventually stealing reels from the studio backlot and hiding them in a close friend’s garage, only ever returning them after some of her creative demands had been met.

That said, almost all of her films were critical and box office successes. However, May herself was labeled difficult due to misogynistic hierarchies and a sense of particularism linked to the auteurism of her male colleagues. To this day, she has only made four feature films, with a fifth one purported to be on the way. All her films have their merits if they are not outright masterpieces. The financial chaos of her 1987 flop Ishtar has been the subject of multiple media frenzies, a film that itself has not aged as poorly as it would have appeared upon its initial release three decades ago.[10]

Nia Long Speaks Out After Fiancé Ime Udoka’s NBA Suspension, And Twitter Has Her Back

10 Ways the Metaverse Will Change the World

Top 10 Board Games with Cult-Like Followings